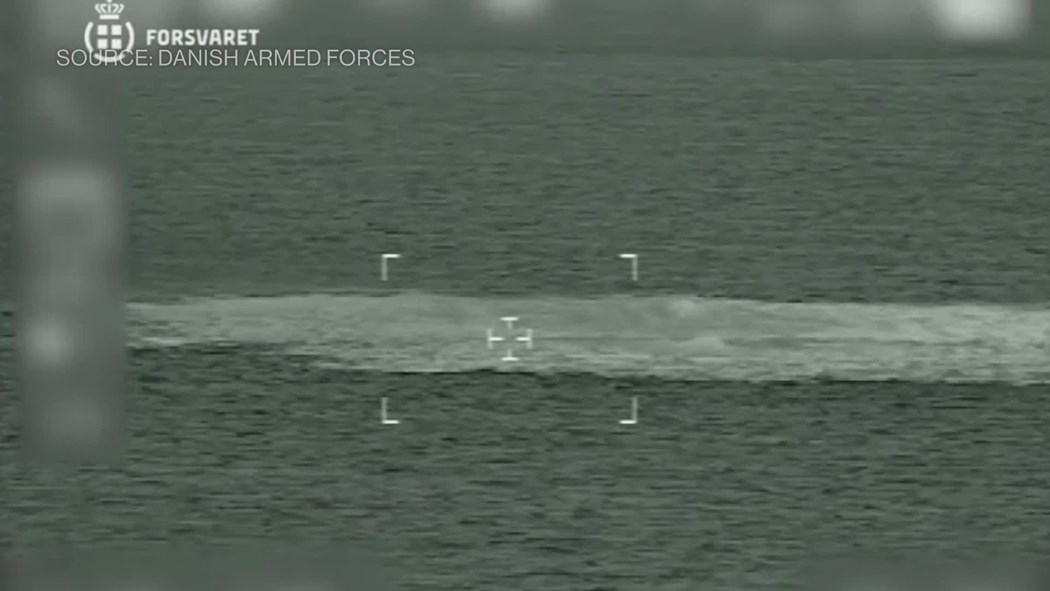 WATCH: Natural gas bubbles are forming on the surface of the Baltic Sea in one area that is about 1 kilometer in diameter due to leaks on the Nord Stream pipelinesSource: Bloomberg

(Bloomberg) -- European governments and companies moved to bolster security around their energy assets after the Nord Stream blasts, as the German Navy was deployed to investigate the suspected sabotage.

European leaders lined up to say the almost simultaneous explosions on the three Russian-gas pipelines were deliberate, with Polish Prime Minister Mateusz Morawiecki blaming Russia for what he called a probable “act of sabotage”.

Gas prices jumped on supply concerns, after Gazprom PJSC warned late Tuesday that flows via Ukraine are also at risk. All eyes are now on what European governments will do next, and traders are watching gas flow data from Ukraine.

Read: How Would You Manage the Energy Crisis?

Germany has deployed naval vessels to help in the investigation into the pipeline breaches, the defense ministry said, adding that the “alleged act of sabotage” highlights the vulnerability of critical infrastructure.

“The circumstances of this disturbing event must now be quickly clarified and those responsible identified,” Defense Minister Christine Lambrecht said. “I have already exchanged views on this with my Danish counterpart,” she added. “We have agreed to share information and our navy will contribute its expertise to the investigation.”

The results of an investigation are needed to show the nature of the damage, Peskov said, pointing to the benefit for the US from the Nord Stream pipelines being halted.

Russia has been taking steps in recent weeks to cut off gas supplies to Europe, including shutting down Nord Stream for maintenance on turbines that the manufacturer said wasn’t necessary.

Equinor decided to raise the level of preparedness last night for all its energy-related facilities in Norway, national broadcaster NRK reported.

In Sweden, seismologists said the bigger of the two explosions detected in the area of the Nord Stream gas leak on Monday corresponded to a blast of about 100 kilograms of TNT.

The calculation is based on a comparison with other detonations, for example naval mines where the size of the charge is known. But this is “very much an estimate as it depends on local conditions,” Peter Schmidt of the Swedish National Seismic Network said in an interview.

On Wednesday, the Swedish Prosecution Authority confirmed that the police has opened a case into the Nord Stream incident but would not provide further comment.

Scientists are scrambling to work out just how much methane, one of the most powerful greenhouse gases, has escaped into the atmosphere. The fear is that it could be one of the worst releases ever.

Many so-called super-emitting events -- large continuous discharges of methane -- are captured by satellite imagery over land-based pipelines or fossil-fuel production sites. But capturing accurate data over water, is far more challenging given the light that reflects of the surface.

It may take as long as two weeks before an investigation of the Nord Stream leaks can begin, Danish Defense Minister Morten Bodskov told local media.

“It can take a week or 14 days before the pressure in the pipelines has fallen enough for there to be enough calm to see anything,” he said.

A cap on the price of natural gas should be applied to all transactions, and not limited to imports from specific jurisdictions, 15 EU Energy Ministers said in a letter to the European Commission. The cap is a priority and can be combined with proposals to strengthen the financial oversight of the gas market and develop alternative benchmarks for gas pricing in Europe, energy ministers of Belgium, Bulgaria, Croatia, France, Greece, Italy, Latvia, Lithuania, Malta, Poland, Portugal, Romania, Slovakia, Slovenia and Spain said in the letter.

The European Union’s executive arm plans to discuss the feasibility of imposing a price cap on gas in a document to be presented to member states Wednesday.

Ukraine to Press Ahead With Arbitration (8:10 a.m.)

Ukraine’s NJSC Naftogaz Ukrainy intends to continue with arbitration against Gazprom PJSC, its chief executive officer said on Twitter. The legal dispute could lead to Russia sanctioning the country and cutting supplies of gas.

Natural gas prices in Europe jumped 11%, after Russia’s Gazprom warned supplies via Ukraine are at risk if the country pursues a dispute over transit payments. The warning came after leaks were reported on Nord Stream pipelines to Germany, which authorities suspect are caused by sabotage.

Sweden’s government maintained its stance that the leaks were a result of foul play on Wednesday. “We can say that it likely is sabotage,” Foreign Minister Ann Linde told state broadcaster SVT.

President of the European Commission, Ursula von der Leyen warned that Europe will carry out “the strongest possible response” if the damage on the Nord Stream 1 and 2 pipelines proves to be deliberate. She said any deliberate damage to Europe’s energy infrastructure is “unacceptable.”

ADNOC Distribution approves $350 million dividend for first half of 2022