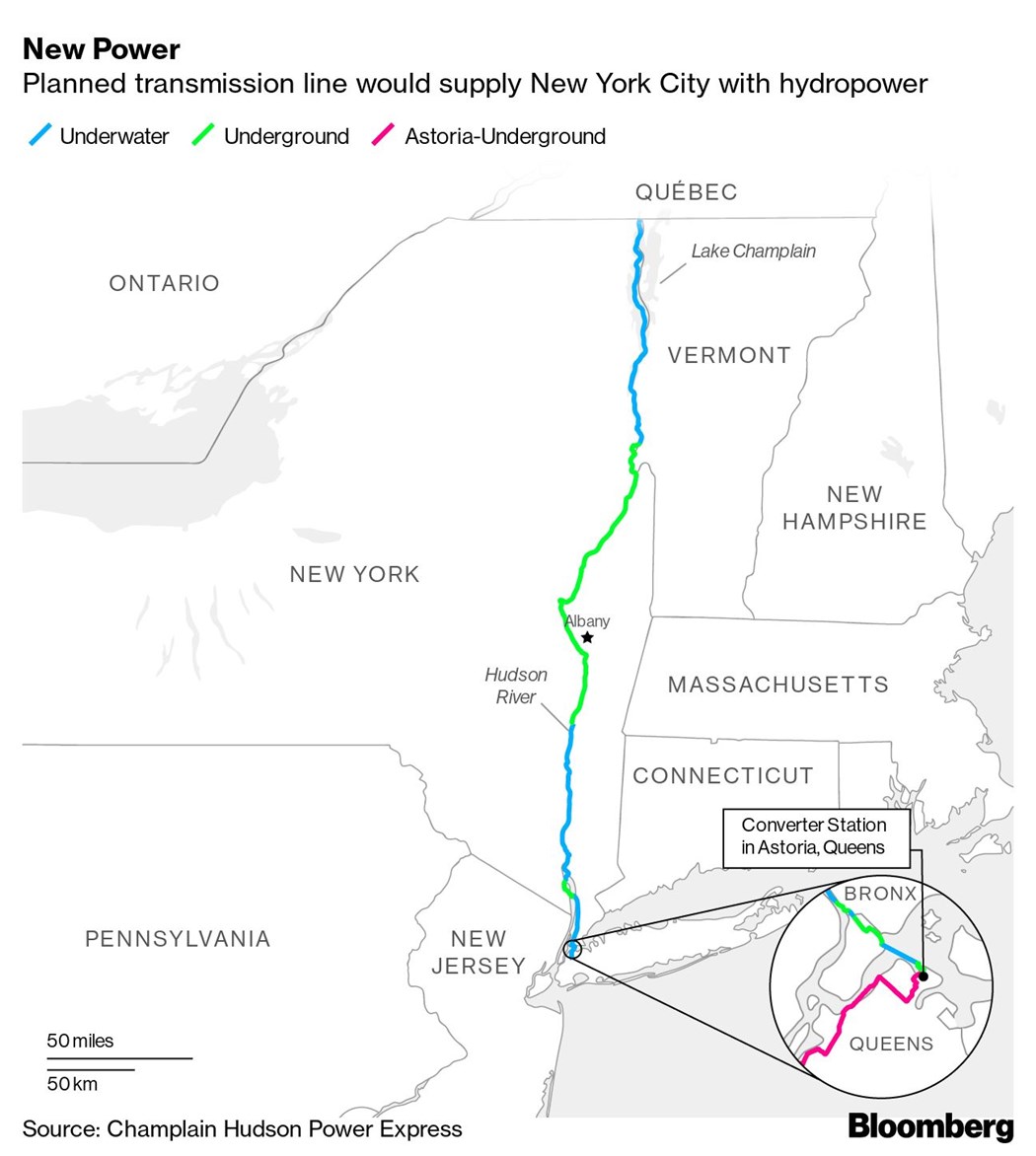 (Bloomberg) -- Blackstone Inc. is amassing $7 billion in new funding for a long-planned transmission line that will deliver Canadian hydropower to New York City.

The private equity giant is targeting roughly $1 billion in equity for construction and approached some of its biggest investors to gauge their interest in investing alongside Blackstone funds, according to people familiar with the matter. The firm has also arranged roughly $6 billion in financing to build the Champlain Hudson Power Express.

The 339-mile (546-kilometer) transmission line, stretching from Quebec to Astoria, Queens, will run under parts of the Hudson River and deliver 1,250-megawatts of hydroelectricity -- enough to power more than 1 million homes.

Blackstone and Mizuho declined to comment. Spokespeople for the other firms didn’t immediately reply to messages seeking comment.

The project could radically reshape how energy is consumed in New York, where officials have been pushing to reduce the state’s reliance on oil, gas and nuclear power and eliminate carbon from the grid by 2040. The Indian Point nuclear plant on the eastern shore of the Hudson River in Westchester County closed last year.

Blackstone, with $941 billion of assets under management, has been betting that it can use its financial muscle and political clout to reap big profits by developing renewable energy infrastructure across the US.

Its bid to bring hydropower to New York City has taken much longer than expected and tested Blackstone’s ability to win over towns and localities across the state. The firm acquired the project developer in 2010 and spent years getting the route approved amid resistance from environmental and local groups. State regulators approved the plan in April.

Startup Backed by Billionaire Family Offers Robots for US Farms