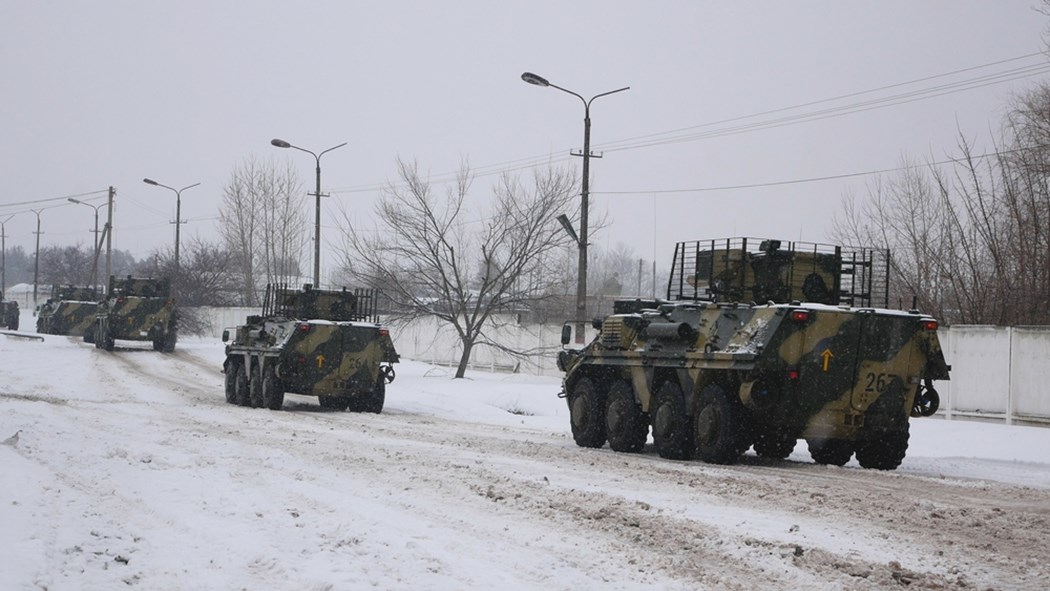 The war has huge implications for energy markets, policy, and corporate strategies. Energy security has jumped to the top of the agenda and European economies want to lessen their dependence on imported fuels.

How will the Russia/Ukraine war change the geopolitical landscape?

There will be seismic consequences however  the war plays out. Before 26 February, geopolitics and global trade were about ‘the West’ versus China; now it’s the West versus Russia and China. Moreover, Russia’s goal to limit NATO expansion has backfired spectacularly, with Sweden and Finland now preparing to join NATO. President Emmanuel Macron’s re-election in France on Sunday is another boost to solidarity both for NATO and Europe.

It’s a profound shift. Europe will never rely on Russia for anything again, and energy is front and centre of the loss of trust.

Policymakers have to balance the energy trilemma: sustainability, security and affordability. Energy security has jumped to the top of the agenda. European economies want to lessen their dependence on imported fuels. Countries with domestic oil and gas production will maximise the extraction of molecules; the UK’s post-invasion pivot on the North Sea is just one example.

Sustainability can also boost energy security, though it will take time. Countries will double down on low-carbon energy supply; more attention also needs to be paid to managing demand.

Affordability is a societal and political challenge. Some governments have already utilised subsidies in different forms to cushion consumers from spiralling prices. But there is no easy answer to sustained high prices.

Has the war breathed new life into fossil fuels?

It’s been a brutal reminder that the world still relies on oil, gas and coal for 80% of its energy needs. Before the war, we expected this decade to be a ‘good’ decade for fossil fuel producers, perhaps a last hurrah before the world moves towards a 1.5 °C pathway. It’s now shaping up to be a bonanza; the flip side of that is that high prices will accelerate the shift to low-carbon energy and  EVs.

Gas prices will remain high until 2026 at least. Europe wants to rapidly minimise the 150 Bcm of Russian imports that meet about one-third of its demand. There’s nowhere near enough alternative gas supply available for the next four years until new volumes of  LNG from the US and Qatar become available. Meanwhile, for Europe, it’s about maximising pipeline imports from Norway, Azerbaijan and North Africa; outcompeting Asia for flexible LNG; and managing demand. Throughout this period, Russia has leverage and can manipulate volumes; after 2026, prices should ease.

High gas prices mean coal’s outlook is brighter. But thermal coal is less influential than it was in the power system and load factors are already close to being maxed out. Gas-to-coal switching has supported carbon prices in the EU and UK emissions trading system (ETS) after a wobble at the start of the war. Our view remains that carbon market development lifts the ETS price to over US$100/t by 2030.

What does the war mean for power markets?

With gas-fired power at the margin, high gas prices mean high power prices. Europe is looking at high power prices for the next three or four years. Thereafter, the power curve should fall as more gas supply feeds in after 2026.

The crisis is super-bullish for power markets insomuch as electrification will become central to energy security. Policy is already moving to accelerate onshore wind, offshore wind and solar roll-out. Nuclear is back in fashion in some countries, notably the UK and France. The poor track record of delivering new nuclear plants, though, gives serious pause for thought.

There will be a boom in infrastructure investment – interconnection, transmission and distribution – to support the changing characteristics of the power generation mix. Growth in flexible resources, such as battery storage, will also be critical to balance the increasingly variable nature of production.

The solution isn’t obvious. Price caps and ‘average pricing’ are under discussion but it’s not clear how controls would work in practice. Whatever the future holds, the market still needs to attract the marginal plant – and large amounts of new wind and solar capacity – onto the grid.

How about the energy transition?

Policy on energy security is already accelerating renewables investment – the UK and Germany have both set even more aggressive targets for renewables in the wake of Russia’s invasion. We also need policy to incentivise innovation in the emerging technologies central for achieving net zero – hydrogen and  carbon capture and storage, as well as long-duration battery storage.

The big challenge will be supply chains. Costs for solar and wind turbine components are already experiencing inflation and demand is only going to intensify. There’s also going to be a massive scramble to access the metals to build out electrification – from steel, key base metals including copper, aluminium and nickel, and battery raw materials.

Many energy companies, oil and gas producers, in particular, are generating record cash flows in 2022. The sector, though, is still bound to capital discipline as it seeks to rebuild investor confidence. Extreme price volatility also deters investment.

That said, we do expect elevated prices to lead to a measured increase in spend across upstream oil and gas and for capital to pour into renewables opportunities.

What can the power sector learn from the crisis?

We may see more risk appetite. Investment in renewables has typically been supported by centralised price support mechanisms or PPAs. The prospect of higher prices will encourage an increasing amount of capacity to be developed on a merchant basis in wholesale power markets.

What are the risks?

Overbuild in gas is one. LNG developers in the US and elsewhere are champing at the bit to fill the European supply gap. Gas led the price complex up – if we get too much gas supply after 2026, it could all come tumbling down.