Australia’s Slow Warming to Electric Cars May Get Election Boost 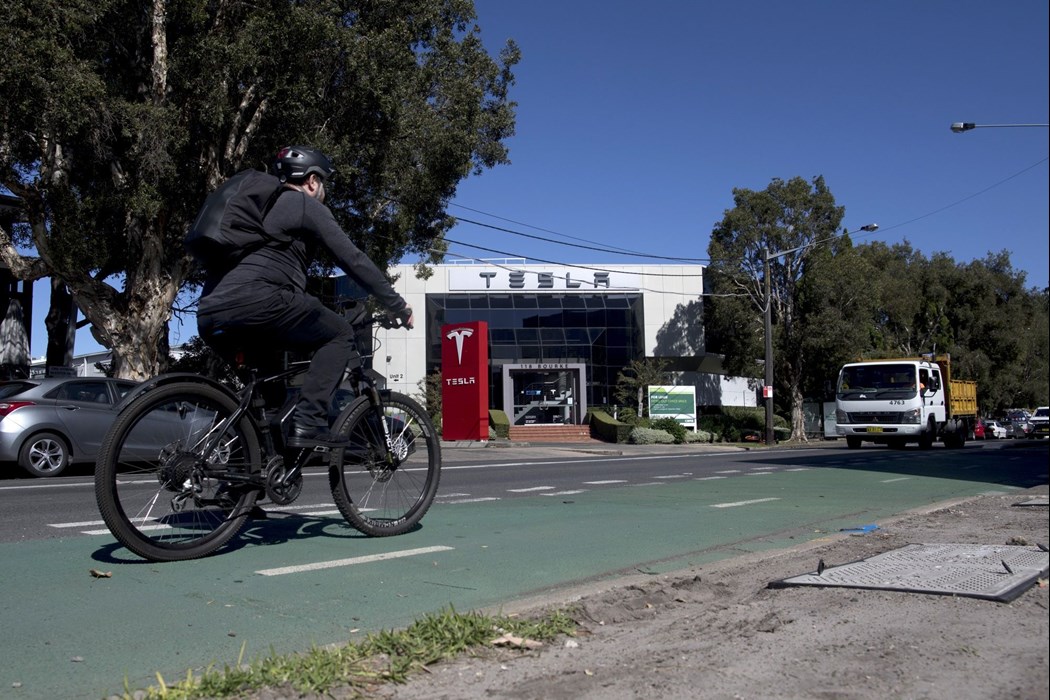 Battery-powered vehicles are finally gaining momentum, and state support could be coming.

One of the world’s biggest laggards in electric vehicle adoption, Australia, is finally warming to the idea.

On the campaign trail three years ago, Prime Minister Scott Morrison famously told car-loving Australians that EVs were too feeble to tow trailers and boats. Battery-powered cars would be the death of the weekend, he warned.

Back then, not even one in every hundred new vehicles in Australia was electric, and it was rare to spot one on Sydney’s roads. Even tractors outsold them almost 2-to-1, and Morrison went on to claim an unexpected election victory.

The picture is changing. EV sales in Australia are soaring — led by the almost-ubiquitous Tesla Model 3 — and more brands and models are arriving in the market. A national election on Saturday could prove pivotal: Morrison, who has ruled out subsidies for electric cars, trails in opinion polls. The opposition Labor party, meanwhile, is offering tax exemptions on many EVs.

A surge in demand saw electric vehicle sales in Australia triple last year, to about 20,665, and hasn’t relented in 2022, according to Behyad Jafari, chief executive officer of the Sydney-based Electric Vehicle Council. Politicians now know better than to dismiss EVs out of hand, and a change in government might push adoption closer to global standards, he told me last week.

“A fresh set of eyes could only be more helpful,” Jafari said. “No one dares to be hostile to electric vehicles anymore. The trend is moving in our direction.”

Morrison’s federal government has said its A$250 million ($172 million) Future Fuels Fund should deliver EV charging infrastructure to 50,000 households and fund 1,000 public-charging stations. But there’s no sign of financial support for EV purchases.

Labor is also pledging cash for charging stations on Australian highways, and is going a step further. The party plans to exempt many electric cars from a 5% import tariff, as well as a 47% tax on EVs that are provided by employers to staff for private use.

While Morrison once derided EVs for political gain, Labor leader Anthony Albanese is promoting them to try and win votes. Last month, he visited Tritium, a Brisbane-based maker of fast-chargers for EVs. He called the Nasdaq-listed company, which has a market value of about $1.4 billion, a “great Australian success story.”

Still, plug-in vehicles make up only 2% of all new-car sales in Australia, industry data show. That’s way behind a global average of 13% in the final three months of 2021, and a tiny fraction of the market share in leading adopters like China, Norway and Sweden.

Australia also lacks fuel-efficiency standards that could evict the most polluting vehicles from the market and make more room for EVs. That’s led carmakers to prioritize other nations for new models, meaning those who do switch to electrics face limited choice and need patience — wait times for some deliveries run to months.

Even if there isn’t a change in the national government this weekend, political winds are shifting. Last week, Western Australia announced A$3,500 rebates on EV purchases. That means every Australian state and territory, including the most populous, New South Wales, now has announced some form of EV subsidy, incentive or tax exemption.

US Deepens China Solar Tariff Probe With Scrutiny of 8 Firms