Shaping the business model of hydrogen Energy Connects sat down with Dr. Bernd Elser, Global Chemicals Lead at Accenture, to discuss hydrogen demand and what he said was “a huge growth opportunity for the chemical industry”. According to Dr. Elser, hydrogen also holds significant potential for all customer industries to meet their own commitments, and its demand is forecast to grow up to nine times by 2050 – which translates into 15-17 percent of the global energy use by that year. Dr. Elser also discussed with Energy Connects the various business models that can benefit the hydrogen sector – such as generation, storage, distribution, application and decarbonisation.

Do you think there is a race now to determine who gets hydrogen equipped first?

Many commitments are being communicated. What is striking is that the commitments on government levels – such as net-zero by 2050 – are a lot slower than the commitments you have from individual customer industries. I think the customer industries are accelerating and being faster and more pushy. Take fast-moving consumer goods companies such as automotive manufacturers; they all have communicated targets, which are a lot more ambitious than 2015. So I think there's a kind of a race, and it is not so much between governments – they seem to be a bit aligned in their 2050 target. But the race is basically in terms of the customer industries.

It is a race to find the right partners and the right combinations. Because if you invest today, you're not going to invest for five years for these multi-billion investments. You have got an investment over decades, and you want to make sure that you can operate that asset. I think that's why many companies have been working on partnerships and collaborations and pay much attention to where they place their investments. 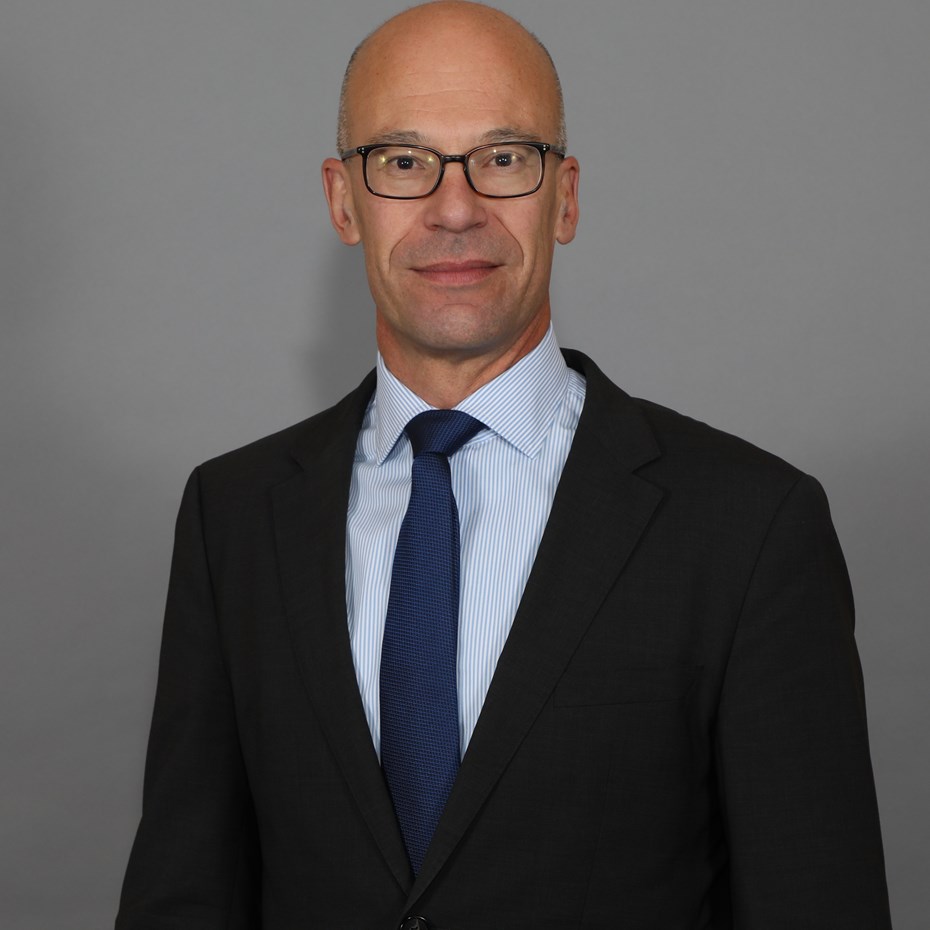 What kind of business model are we looking at when it comes to hydrogen?

There are various types of business models. The first one is to supply certain elements for hydrogen – that could be electrodes membranes for electrolysers, for example. That could be materials lining pipelines for hydrogen. Then the second business model is where you produce hydrogen yourself, operate the plant, and sell hydrogen. The next one is to help your customers reduce greenhouse gas emissions via hydrogen. So that means you offer a solution, such as ammonia for ships, which helps in the customer industries with a greenhouse gas footprint. We looked at that and found more than 40-50 business models. So there's a wide range related to that, from small-scale very limited materials supply to extensive value chain collaborations and corporations.

Have you seen anyone test these business models or are they all in theory?

No. If you look at it, I think there are tons of pilots out there. There are many plans out there also. Look at Saudi Arabia’s Neom. It's one of the largest projects to come out of the industry focus on hydrogen. Companies and consortiums have started putting money into the ground there to make that happen. We are beyond the stage where it's just on paper. Admittedly, many more announcements are out there and the actual projects are being built. That's a phenomenon of a growth industry, from my perspective.

What do you think are the challenges that are not allowing companies or governments to move forward with their announcements?

There are a couple of challenges. One is, it takes a consortium, and they need to agree on certain rules such as pricing. It's always a complex discussion. How do you price it? How do you define the offtake agreements? But then you need the equipment manufacturers, the technology partners and the engineering companies. And there's a lot to be done to make that happen. That's the actual challenge.

This is one of the areas where I'm very confident. Because in the end, if you look at electrolysers, it's an established technology, so something like alkaline electrolysers has been around for 40-50 years. On the other hand, water electrolysers to produce hydrogen are more straightforward and involve less corrosion.

Without going into the technical fine print, let’s agree that it's a mature technology, but there is still significant improvement potential to them. I think that's why you see all these pilot plants up and running already. They can show they can build it there. We have the electrolysers you find in each chemical cluster. It's quite mature in that sense. What is not yet there is the combination of all the individual partners, such as renewable energy provider partners, electrolysers, hydrogen producers, partnering with offtake agreements and the pipelines and other elements you need to connect the dots, which are not yet there. In the sense of the infrastructure, the technology and the know-how to handle the technology are already there.

Some countries do not have the infrastructure that Europe has. What happens in that case? And how can we ensure that there is proper infrastructure for this technology?

It's always an extensive discussion about whether you want to reuse existing infrastructure. Of course, you've got lots of natural gas pipelines. But it's not one-on-one.

reuse for hydrogen. You have to add a special lining into the pipeline because hydrogen is more volatile. You need to take a bit of additional preparation to convert a natural gas pipeline into a hydrogen pipeline. The real question is whether it is cheaper to build a new one or use an existing one. I think that verdict is not out there.

And who decides it?

In the end, it depends partly on the government if they want to push it out. But on the other hand, it's also an investment decision, the individual companies are making decisions whether it's more economical to convert an existing pipeline versus build a new hydrogen pipeline.

More than 30 partnerships were announced in the last couple of quarters. These are significant partnerships – blue-chip companies making serious commitments. And we all know what it means if a listed company communicates a commitment. So I'm quite confident that things are happening there. And as I mentioned initially, the rate of commitments in those announcements is increasing significantly. So it's not only Europe, it's also the US, GCC, and Asia. It's a global phenomenon.

If you look at what the European Union communicated, there's also the plan to import either renewable electricity or even hydrogen from other regions. They are looking to Africa as one of the areas. Because if we look at solar and wind, there's quite a lot of opportunity, especially with the geographic proximity between Europe and Northern Africa. There's quite a bit of discussion to be had in the near future around that one.