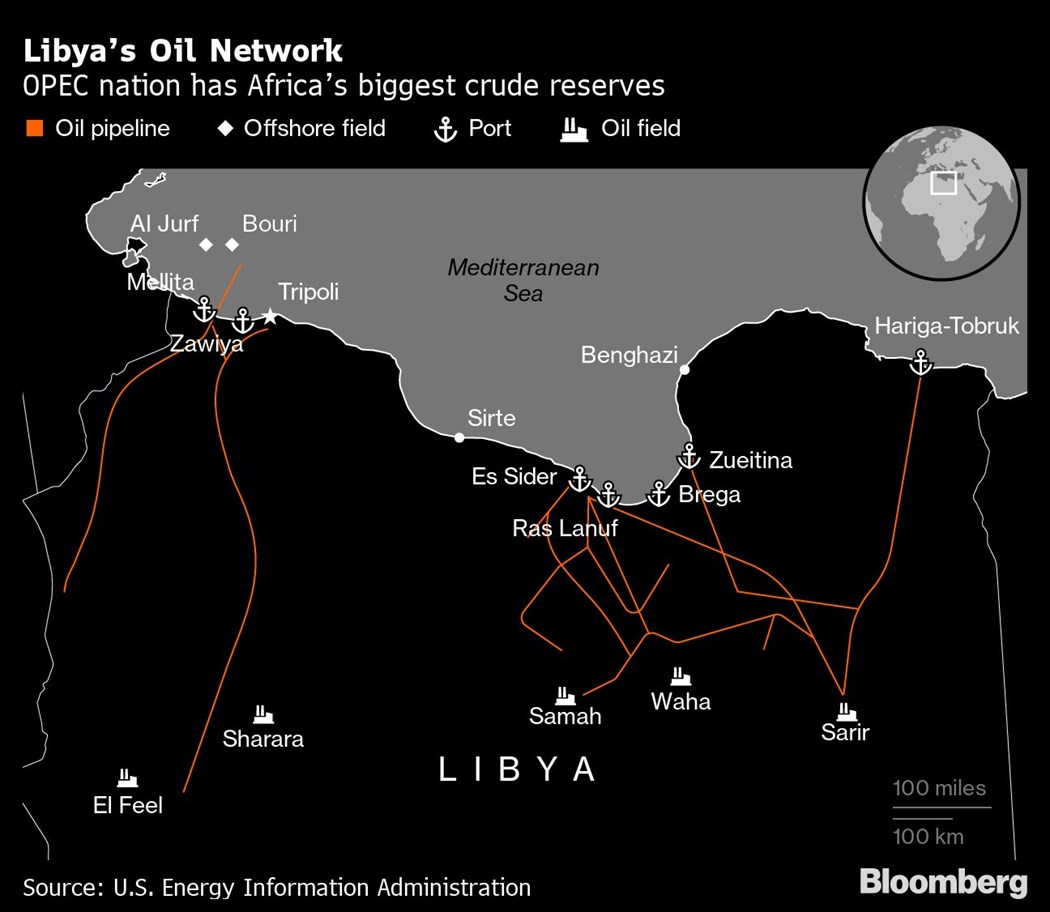 Output is down to 920,000 barrels daily, Oil Minister Mohammed Oun said in a response to a query from Bloomberg. It stood at roughly 1.2 million barrels on Wednesday.

State-controlled National Oil Corp. on Sunday halted shipments from the ports of Zawiya and Mellitah after militias shut down Sharara, the country's biggest field, and El Feel. The fields serve the two western terminals, which have been put under force majeure, a clause in contracts allowing exports to be suspended.

The drop marks another supply problem for Organization of Petroleum Exporting Countries. Major importers, including the U.S. and Japan, have called on the group to raise output quickly to help bring down fuel prices. Crude has surged to more than $115 a barrel in the wake of Russia's attack. 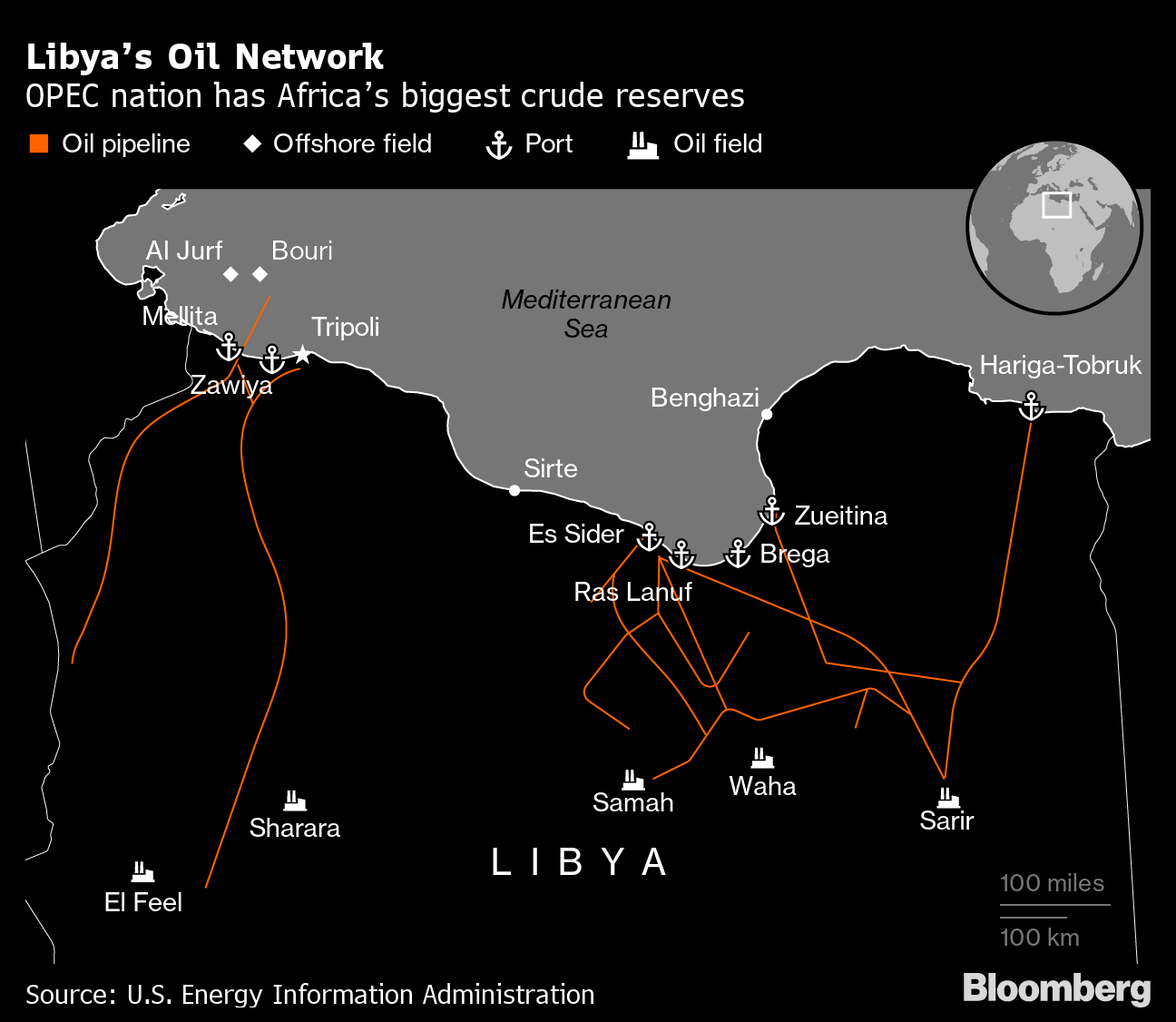 The shutdown of the two fields will cost Libya millions of dollars in lost revenue, the NOC said in a statement.

The outages come as the North African nation, which has been mired in conflict since the 2011 ouster of Moammar Al Qaddafi, once again faces a standoff between rival politicians. Parliament swore in a new government last week to replace Prime Minister Abdul Hamid Dbeibah's administration. He's resisting any attempt to remove him from power, which analysts say could reignite fighting.

On Thursday, the NOC closed six ports, blaming bad weather. It shut Zawiya and Mellitah and the eastern terminals of Ras Lanuf, Brega, Zuetina and Es Sider. The latter four reopened on Sunday, according to people familiar with the matter.

Oun, the energy minister, who has been at odds with the NOC, later said the port closures were unwarranted and a violation of national security.

Brent jumps to $139 as US mulls Russian oil embargo