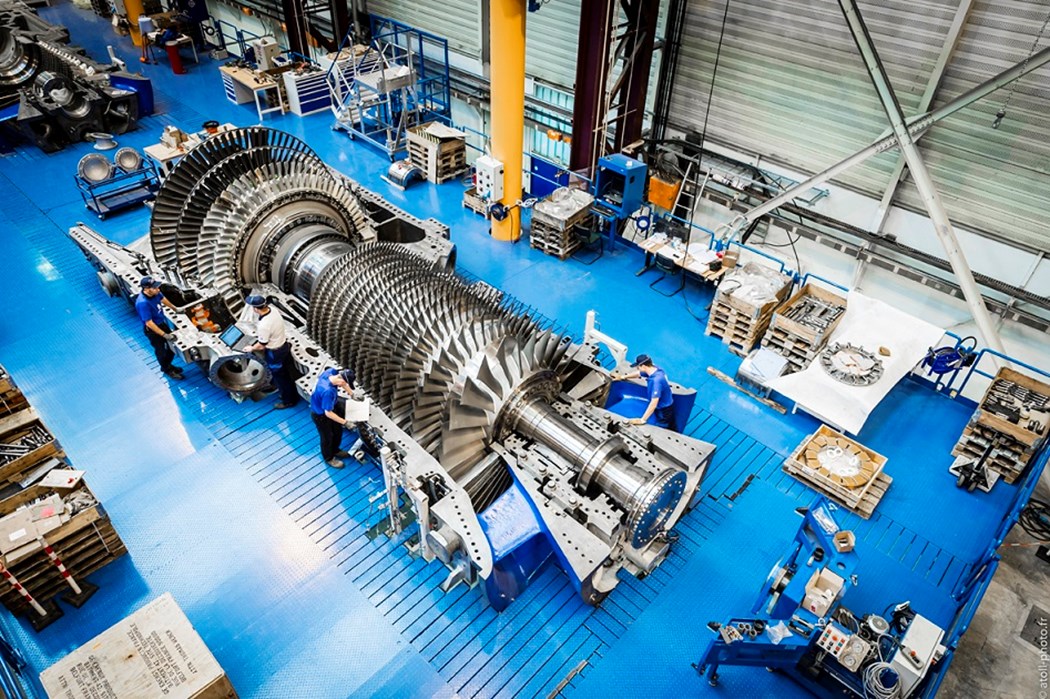 Access to dependable, flexible gas power, enables greater investments in renewables, without the fear of an interruption in electricity supplies, according to GE executives.

Nearly 770 million people around the world still lack access to reliable electricity and while critical investments in renewables are growing, it is not rapid enough to cope with future demand, according to a top executive of GE Gas Power Europe, Middle East, and Africa.

“The challenge in the power sector is not quite as straightforward as simply providing lower carbon power. We need to solve for the energy trilemma of supplying more reliable, affordable, and sustainable power, in the context of increasing global demand for electricity,” said Joseph Anis, President & CEO of GE Gas Power Europe, Middle East, and Africa.

Renewable energy is still projected to provide less than half of global electricity supply by 2040. Furthermore, high renewables penetration can lead to fluctuations in power supply that cannot yet be addressed by today’s battery energy storage solutions.

“In this context, the accelerated deployment of renewable and gas power together can enable substantive emissions reduction at scale now, while continuing to advance the technologies for low or near-zero carbon power generation,” Anis said.

Access to dependable, flexible gas power, enables greater investments in renewables, without the fear of an interruption in electricity supplies. It provides flexible, dependable capacity that can be ramped up or down quickly regardless of the time of day, season, or weather. It also has the benefit of the lowest carbon emissions of fossil fuel generated electricity. In addition, existing and future gas power plants can avoid carbon dioxide lock-in by using low-carbon fuels, combined with carbon capture technologies.

Given the critical role of gas power today and into the foreseeable future, as well as the billions of dollars invested in gas turbines in the Middle East and North Africa (MENA) and around the world, it is critical to see how the installed base can be decarbonised both in the immediate and longer terms.

“When looking at the power sector, decarbonization can be thought of as the reduction of carbon emissions on a gram per kilowatt hour basis. Anything we can do to reduce the intensity of carbon emissions helps climate efforts. In fact, I was recently at COP27 in Egypt and one of the questions that came up repeatedly in various conversations, was what we can do to help reduce the emissions intensity of the existing installed fleet of power generation equipment,” Anis said.

Here is where upgrades can come in. “Upgrade solutions that are available today can simultaneously increase the efficiency, output, flexibility, and availability of gas turbines, while reducing fuel consumption per kilowatt hour of electricity generated. These are solutions that pay for themselves and can be implemented in as little time as a few months,” explains Steven Kessinger, Vice President of Contractual Services at GE Gas Power.

“I was recently visiting MENA, where our teams have implemented various upgrades across the region, leading to excellent results for our customers and communities,” he added.

In Qatar, GE is providing its Advanced Gas Path (AGP) upgrade to install on four 9F gas turbines at a smelter. The technology has been installed on more than 400 units across five continents and this is the first time that it is being deployed in Qatar.

It is expected to help increase power output by up to 96.7 MW across the four units with improved plant efficiency; increase the availability of the gas turbines and lower operational expenses by increasing the interval between their planned maintenance cycles from 24,000 factored fired hours (FFH) to up to 32,000 FFH; and to reduce carbon dioxide emissions for the same level of power output by up to 67,000 tons annually - the equivalent of taking up to 14,000 cars off Qatar’s roads.

In this way, the upgrade is helping to enhance operational sustainability, and contributing to economic development and environmental goals under Qatar National Vision 2030.

“Another example is our MXL2 upgrade,” said Kessinger. “The solution allows operators of GT13E2 gas turbines to achieve up to a 1.5 percent increase in combined cycle efficiency and extend inspection intervals up to 48,000 equivalent operating hours (EOH). It combines GE’s latest technology developments, and over 10 million operating hours of GT13E2 fleet experience.”

In the UAE, GE Gas Power enhanced the efficiency and performance of a GT13E2 gas turbine by  installing the MXL2 upgrade on it during a project executed in 2020. The initiative followed the successful completion of similar upgrades on two other gas turbines in Abu Dhabi. Despite the significant challenges posed by the coronavirus pandemic at the time, the project was completed within six months. The technology upgrade increased the total output of the turbine by up to 10.7 MW, using the same amount of fuel.

The path ahead across MENA

It is worth noting other options that can support deeper decarbonisation of the gas power installed base. Simple cycle power plants can be converted to combined cycle to support the generation of up to 50 percent more power using the same amount of fuel, in as little time as 24 months. In the longer term, low-carbon fuels such as hydrogen and ammonia, as well as other technologies like carbon capture solutions, are also predicted to become more widely available and increasingly economical.

MENA has many ingredients needed to produce blue and green hydrogen and to use the resource for various purposes such as power generation, transportation, and more: vast amounts of land for renewable energy projects; access to sunshine and sea water; depleted oil and gas reservoirs to safely store carbon dioxide; and large reserves of natural gas.

MENA also has a strong concentration of energy-intensive industries such as smelters, oil and gas, cement, and others. Carbon capture solutions can be deployed effectively in these industrial clusters. These are proven solutions already deployed today. For example, more than 100 GE gas turbines have operated on fuels containing hydrogen, accumulating over 8 million operating hours globally.

Recently, a GE LM6000 aeroderivative unit was run on hydrogen-blended fuel in Egypt for the first time on the African continent during COP27. Carbon capture solutions are also already being used in the oil and gas sector in the UAE and Saudi Arabia.

Looking ahead, as these solutions scale up further and become more economical, they offer potential pathways for gas turbine technologies to help address the energy trilemma and become destination technologies in the transition to net-zero carbon emissions.