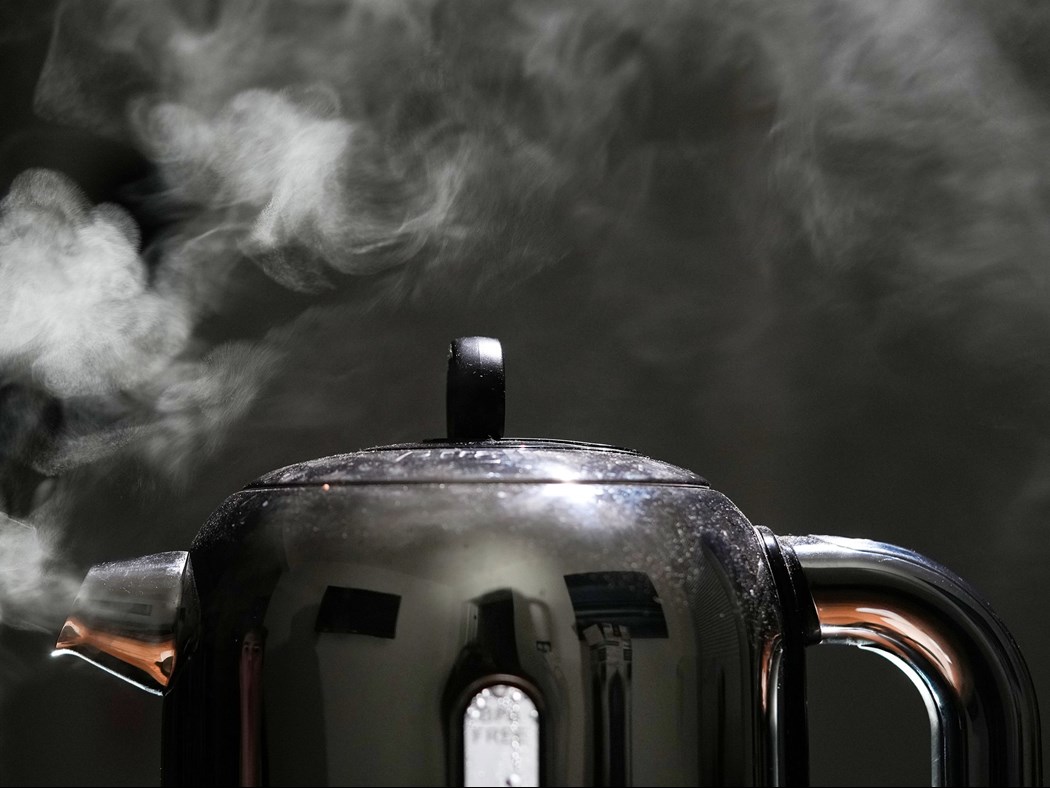 KNUTSFORD, UNITED KINGDOM - FEBRUARY 03: In this photo illustration a domestic electric kettle emits steam and vapour on February 07, 2022 in Knutsford, United Kingdom. The energy regulator OFGEM has brought forward the announcement of the increase in the energy price cap to reflect the record high gas energy market prices caused by the global crisis in supply. (Photo illustration by Christopher Furlong/Getty Images)

(Bloomberg) -- Energy regulator Ofgem will raise its price cap for the average UK home by 21% to £4,279 ($5,173) from January, underscoring the growing gap the government has to plug to maintain its price freeze.

The UK has been subsidizing Ofgem’s price cap since October in an attempt to shield households from the worst energy crisis in decades. That means a total of around £16 billion in the first three months of 2023 to keep tariffs at £2,500, according to analysis from the Resolution Foundation think tank.

“The Energy Price Guarantee is protecting consumers from soaring energy costs, meaning people’s bills will not rise in line with today’s Ofgem energy price cap increase,” a spokesperson for the Department for Business, Energy and Industrial Strategy said in a statement.

The government has been forced to cut back on its support for households amid rising wholesale costs. Chancellor of the Exchequer Jeremy Hunt increased the energy price guarantee to £3,000 from April. That’s roughly triple a typical annual energy bill before the crisis started last year. A £400 discount on bills for all households also expires at the end of March.

How much the government has to pay will ultimately be decided by the weather. Unseasonably warm temperatures in October helped cut demand for natural gas, saving the government an estimated £260 million compared with energy use in a typical year.

The price cap is a limit on how much energy suppliers can charge their customers for each unit of electricity and gas they consumer. The regulator then multiplies the unit prices by the annual usage of a typical British household to get the headline figure for the cap.

Analysts at Cornwall Insight Ltd. expect costs to stay elevated for years, meaning the government will need to find a more targeted way to support households for these measures to be sustainable.

Extending the freeze “even at an elevated level, has resulted in the government being exposed to variables and factors over which they crucially have no control,” Craig Lowrey, consultant at Cornwall Insight, said in a statement. “More targeted support for the most vulnerable is likely to be needed on an enduring basis if the government wants to protect consumers while also stabilizing its finances.”