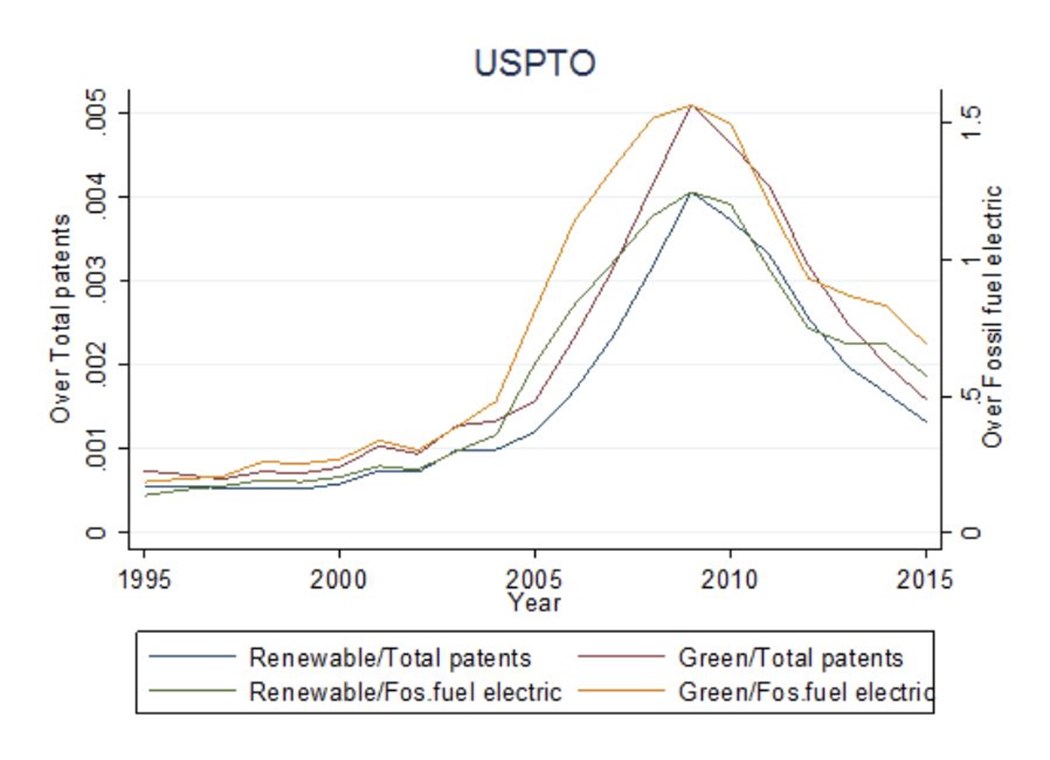 The US’s historic natural-gas boom increased the country’s energy independence, but low energy prices also had a chilling effect on renewable-energy innovation, according to Daron Acemoglu, an MIT economist and Nobel laureate.

(Bloomberg) -- The US’s historic natural-gas boom increased the country’s energy independence, but low energy prices also had a chilling effect on renewable-energy innovation, according to Daron Acemoglu, an MIT economist and Nobel laureate.

Falling gas prices in the early 2010s “removed one of the impetus factors that pushed people more into renewables,” Acemoglu said in remarks at a Federal Reserve Bank of New York virtual symposium on climate change economics. “You can’t hope to make gas, oil and coal cheaper and cheaper, and expect the renewable transition to proceed in an efficient way.”

The US Patent and Trademark Office issued almost 3,300 renewable-energy patents a year from 1995 to 2015, Acemoglu and co-authors wrote in a 2019 research paper. Renewable energy innovation shows a steep jump around 2005 -- when US gas prices were high -- and a “collapse” after 2010 when the fracking boom began, according to the paper. The trend was similar in Canada, Germany and France.

Additional research from March of this year found that the EPAct of 2005 -- which exempted fracking activities from the EPA’s water regulations and increased shale production -- was a major factor in the decline of innovation activity in green, renewable, and fossil-fuel electricity generation technologies.

The reversal of US gains in new renewable technologies matters because both the country and the world are dangerously behind scientific warnings to abandon fossil fuels as quickly as possible. A recent assessment by the UN’s authoritative climate science group found that global emissions must peak before 2025 to have a chance at limiting global heating to the Paris Agreement’s lower range.

“Redirection of technology from clean sources has been a very important part of the limited success we’ve had so far,” Acemoglu said. “But there’s already a slow-down.”

Costs in lives and economic damage have already been underway for some time, according to climate scientists. Virtually all heat waves are now understood to be made worse by greenhouse gas emissions, and scientists can sometimes find traces in wildfires, hurricanes and floods. A leading research group on Friday found that climate change made South Africa’s extraordinary flooding in April twice as likely.

“The costs ahead are quite major,” Acemoglu said. “Under most scenarios, we are going to be above two degrees Celsius with moderate adjustments, and these don’t take into account potential tipping points. And there’s a lot of uncertainty about what these are going to imply for mass immigration and other social aspects of the cost beyond the economic ones.”

Nations are late to address what Acemoglu calls a “true emergency,” and projections of current policies suggest disastrous global heating of 2.7 degrees Celsius by the end of the century.

The ticking clock suggests to Acemoglu a critical message to central bankers and economists: that all micro and macro policy should be centered around the transition to clean energy.

Europe’s Biggest Exporter of Power Might Need Imports in Winter

Fund Managers Jump Into ESG Niche With Potential to Grow 2,000