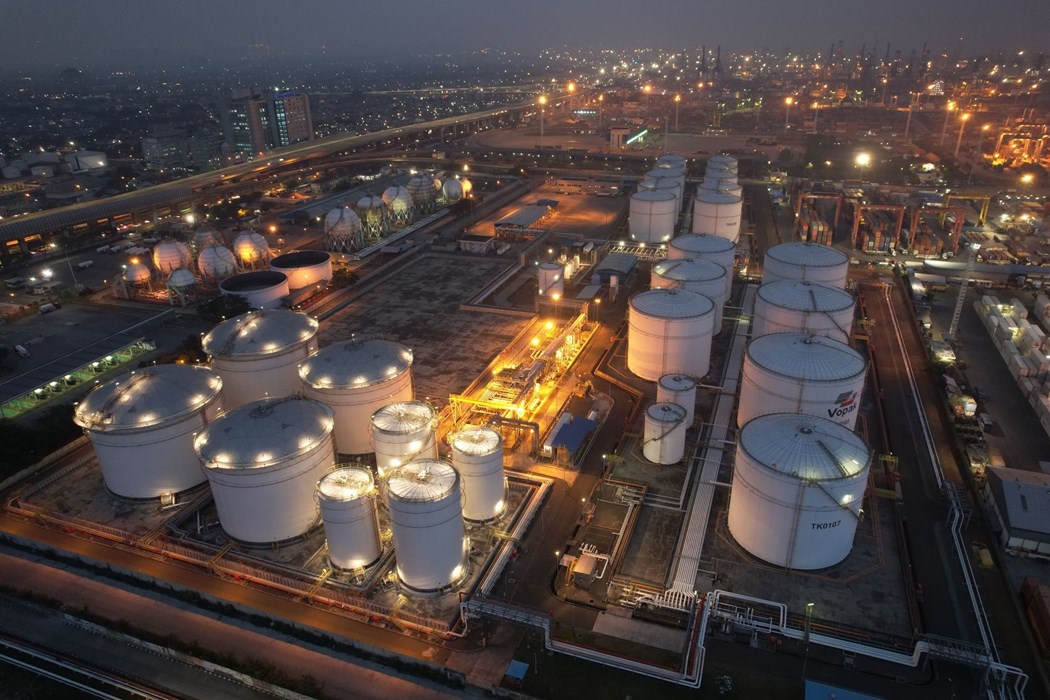 Fuel storage tanks at a PT Pertamina facility at Tanjung Priok Port in Jakarta, Indonesia, on Monday, Dec. 5, 2022. Pertamina is looking to buy crude for the February arrival to its Cilacap refinery, according to a tender document seen by Bloomberg. Photographer: Dimas Ardian/Bloomberg

(Bloomberg) -- Oil fell for a second day as concerns over a US recession deepened and figures pointed to another build in inventories, eclipsing optimism that China’s dismantling of Covid Zero will aid demand.

West Texas Intermediate dropped below $79 a barrel after declining almost 1% on Wednesday as US retail sales slowed, stoking concern over a potential slowdown. The American Petroleum Institute reported commercial stockpiles grew by 7.6 million barrels, according to people familiar with the figures.

Crude has endured a shaky start to the year, collapsing by 10% in the opening two sessions on slowdown concerns only to rebound as the positives from China’s reopening dominated the trading narrative. Global consumption will reach a record daily average in 2023 with Asia’s largest economy leading the way, the International Energy Agency said in its latest outlook this week.

“Prices appear to have peaked for now and might be due for a small correction,” said Vishnu Varathan, Asia head of economics and strategy at Mizuho Bank Ltd. in Singapore. “The weak US data and signs of inventory build should temper, not terrify, markets as they are being interpreted in light of a more optimistic economic environment.”

Reinforcing the IEA’s bullish outlook, Saudi Aramco said that it was optimistic that consumption will increase as China recovers and air travel rebounds. Separately, traders are also waiting for clues on Russia’s production and exports when sanctions on refined fuels take effect early next month.

Time spreads are showing a mixed picture. While global benchmark Brent’s prompt spread — the difference between its two nearest contracts — is holding in contango, longer-dated differentials, including the three-month figure, remain in the opposite bullish backwardated structure.