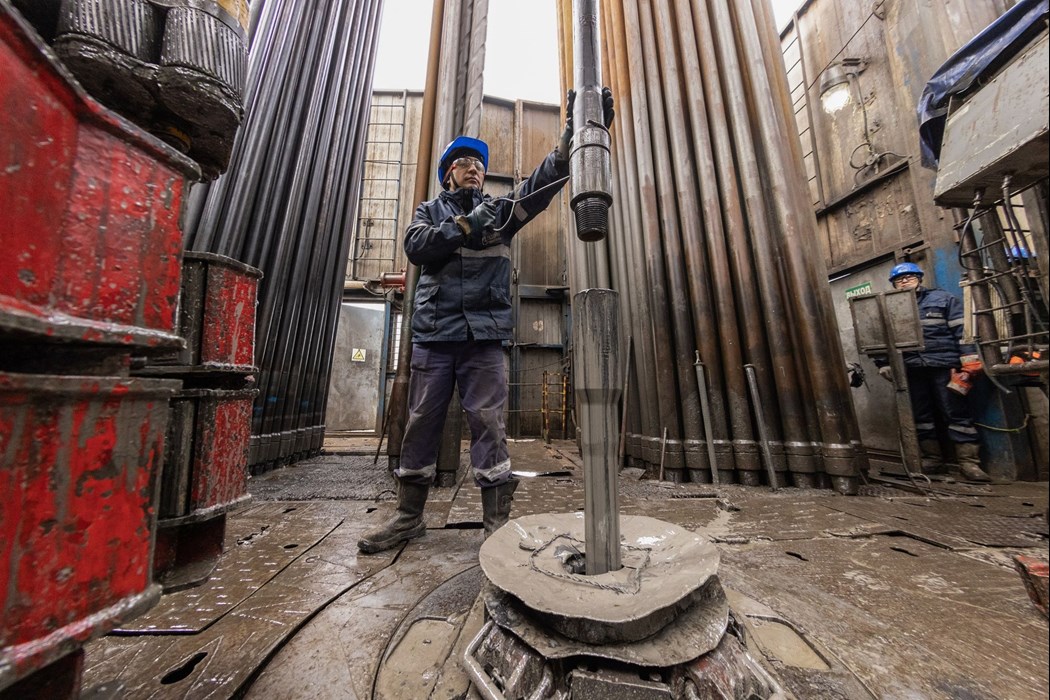 A worker guides drilling pipes at a gas drilling rig on the Gazprom PJSC Chayandinskoye oil, gas and condensate field, a resource base for the Power of Siberia gas pipeline, in the Lensk district of the Sakha Republic, Russia, on Wednesday, Oct. 13, 2021. European natural gas futures declined after Russia signaled that it may offer additional volumes soon.

(Bloomberg) -- Group of Seven nations aim to announce at what level they will set a price cap on Russian crude oil next Wednesday, according to people familiar with the matter.

The Biden administration is expected to privately share a proposed price ahead of a meeting of European Union ambassadors scheduled for Nov. 23, the people said, speaking on condition of anonymity to discuss internal deliberations.

If EU ambassadors back the proposal, the plan is to announce the cap that evening, the people said, but the timing remains fluid.

The cap, which is backed by the G-7 and the EU, would ban companies from providing shipping and services, such as insurance, brokering and financial assistance, needed to transport Russian oil anywhere in the world unless the oil is sold below the agreed threshold.

The Russian crude plan is due to come into force after Dec. 5, but the US and the UK have said that their companies will be given a grace period to unload their cargoes until Jan. 19 to take into account shipments that were loaded before the cap came into force. The EU has yet to say whether it will mirror that provision.

A US Treasury Department official, also speaking on condition of anonymity, disputed that the US would be sharing a proposed price with EU members.

Allies had earlier discussed setting the cap somewhere between $40 and $60 per barrel -- a range going from Russia’s cost of production to pre-war levels -- but two of the people said it could be above that. The aim of the cap is to keep Russian oil on the market to avoid price spikes, while at the same time reducing Moscow’s revenues.

Most G-7 nations and the EU will stop importing Russian crude this year. Provisions for refined petroleum products, including a cap on those prices, are due to come into force early next year.

The EU didn’t immediately reply to a request for comment.

(Updates with comment from Treasury official in sixth paragraph)