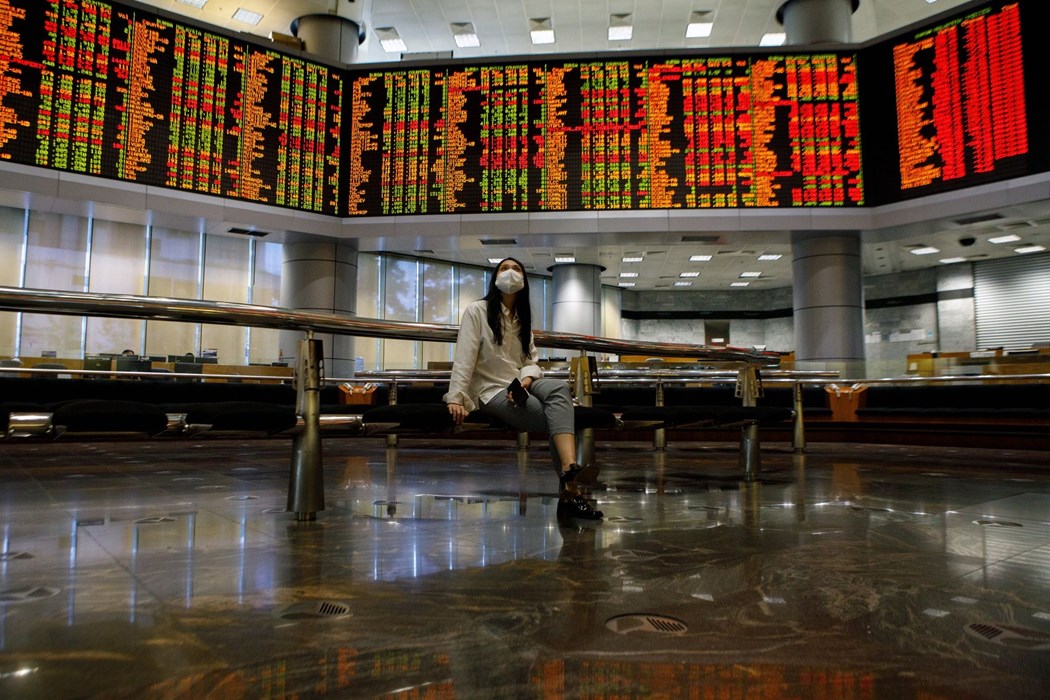 A person looks at stock prices displayed inside the trading gallery of the RHB Investment Bank Bhd. headquarters in Kuala Lumpur, Malaysia, on Tuesday, Oct. 11, 2022. Malaysia’s stocks and the ringgit weakened after Prime Minister Ismail Sabri Yaakob announced the dissolution of parliament on Monday, paving the way for elections this year. Photographer: Samsul Said/Bloomberg

Benchmark equity gauges in Asia fell in the wake of the S&P 500’s 2.5% drop, though declines in most markets were less than in the US. Shares in Hong Kong and on the mainland underperformed after an affirmation of the government’s Covid-Zero stance dashed hopes of a reopening.

The Fed raised rates 75 basis points for the fourth time in a row, bringing the top of its target range to 4%, the highest level since 2008. Traders immediately raised the market-implied peak in interest rates for next year.

“Every time the market gets a little bit of dovish hope, it gets smacked on the nose with a rolled up newspaper,” said Scott Rundell, chief investment officer at Mutual Ltd. “There’s a lot of volatility still ahead.”

Australian and New Zealand bonds tumbled early Thursday in the wake of the Fed meeting. Australia’s policy-sensitive three-year yield jumped more than 10 basis points. There was no cash trading of Treasuries in Asia with Japan on holiday.

Two-year Treasuries led a selloff on Wednesday following Powell’s comments, but at 4.62% they are still about 40 basis points below the 5.06% peak in yields priced into Fed funds futures.

“Factoring in the bond market’s assessment, markets are becoming increasingly convinced that the path toward the terminal rate will include a recession,” said Quincy Krosby, chief global strategist at LPL Financial.

Still, the dollar fell against all of its Group-of-10 counterparts as investors pivoted toward US jobs data, which may help to determine the pace of upcoming rate hikes. An index of emerging-market currencies declined.

Oil Extends Gains After Report Points to Shrinking US Stockpiles