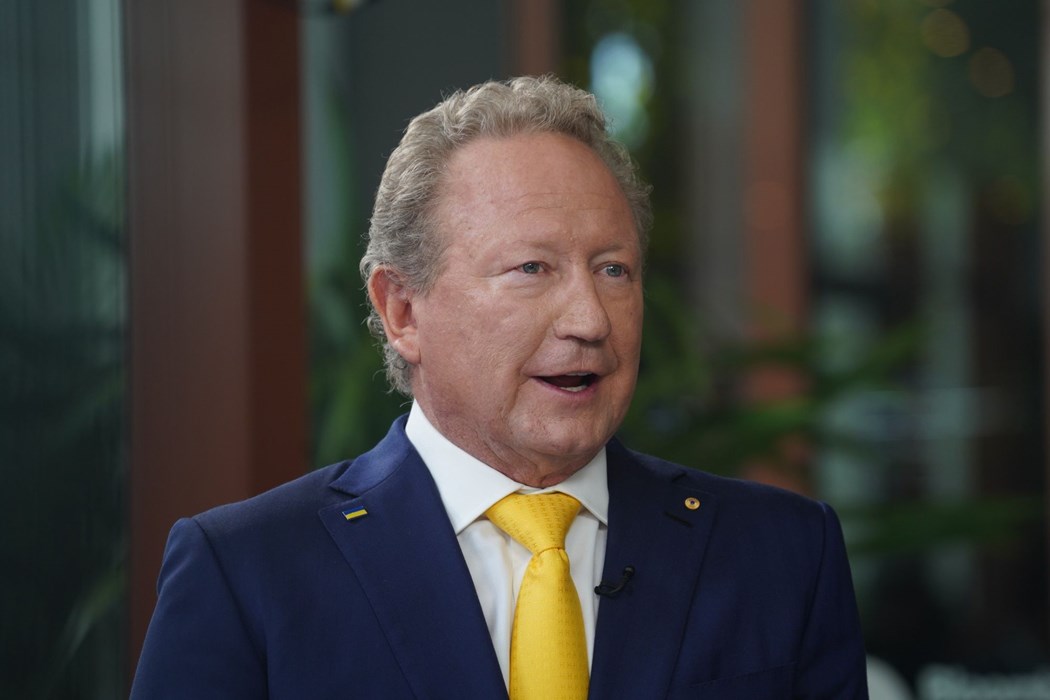 (Bloomberg) -- Billionaire Andrew Forrest sees an opportunity to export green fuels to Singapore after the collapse of a (A$30 billion) $21 billion project to supply clean electricity from Australia.

Developer Sun Cable entered voluntary administration last week amid disputes between investors including Forrest and Atlassian Corp. co-founder Mike Cannon-Brookes over the viability of sending solar power via a 4,200-kilometer (2,600-mile) cable from Australia’s Northern Territory to the city state.

Those plans, which had already drawn industry skepticism, are now unviable, with costs spiraling and uncertainty over demand, Forrest said in an interview in Davos.

Authorities and industries in Singapore say “we don’t know why you want to send us all these electrons, when what we’ve asked the world for — and no one’s giving us — is molecules,” Forrest said Monday. “We want green hydrogen, we want green, synthetic methane, we want green ammonia.”

Singapore is among major global shipping hubs that are responding to decarbonization with ambitions to boost trade in fossil-fuel alternatives, including biofuels and hydrogen. The nation’s government forecasts hydrogen could meet up to half of its power needs by 2050.

The city state’s Energy Market Authority declined to comment. Authorities have previously said the nation has had more than 20 proposals for electricity imports, including from neighboring Indonesia and Malaysia.

Forrest is aiming to develop his Fortescue Future Industries, an arm of iron ore exporter Fortescue Metals Group Ltd., into one of the world’s top exporters of green hydrogen, targeting shipments of 15 million tons by 2030.

The billionaire’s Squadron Energy unit — which holds about a 25% stake in Sun Cable — is considering a potential offer for the company and would require the exit of the existing leadership team, a person familiar with the details said last week.

“We lost faith in the management and chairman,” Forrest said in the interview. “They’re a little startup that has lavish offices and are spending money like there’s no tomorrow, and the management team plus board are really inexperienced.”

Sun Cable didn’t immediately respond to a request for comment.