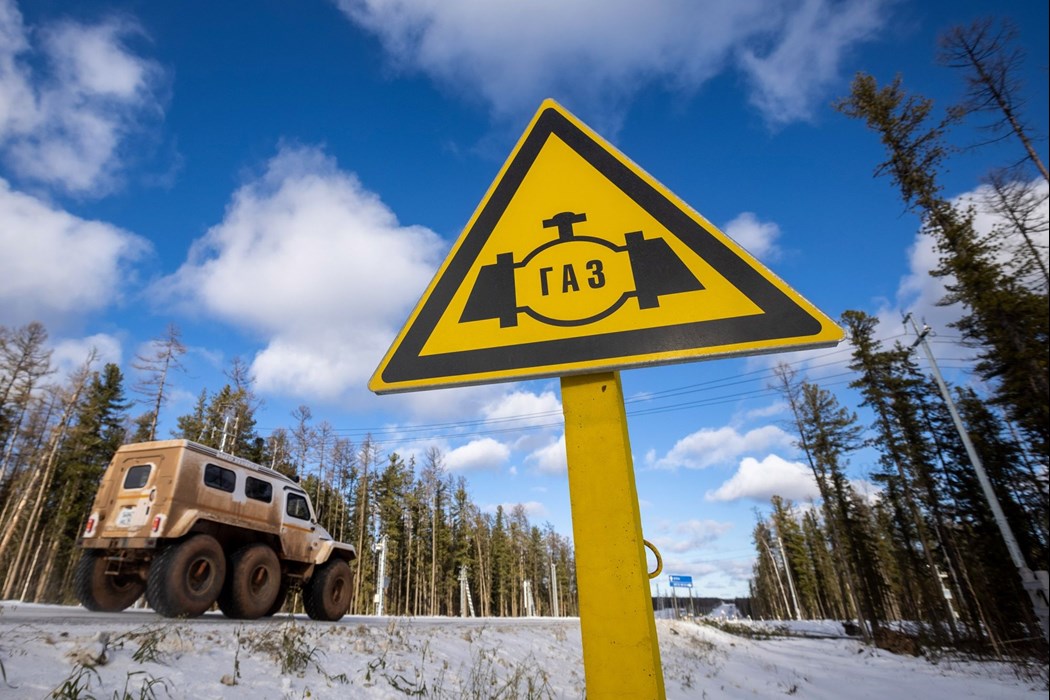 A gas pipeline marker post above the ground on the Gazprom PJSC Chayandinskoye oil, gas and condensate field, a resource base for the Power of Siberia gas pipeline, in the Lensk district of the Sakha Republic, Russia, on Tuesday, Oct. 12, 2021. European natural gas futures declined after Russia signaled that it may offer additional volumes soon. Photographer: Andrey Rudakov/Bloomberg

(Bloomberg) -- China continued to boost Russian energy imports last month, as purchases of natural gas, coal, crude oil and oil products increased to nearly $60 billion since the invasion of Ukraine, from about $35 billion a year ago.

Russian sales grew despite a broad weakening in China’s imports in October. A slowing economy constrained shipments of items from gas to copper, although crude purchases were a bright spot as refiners responded to the prospect of a surge in fuel exports after Beijing issued its biggest quota this year.

Oil imports from Russia rose 16% to 7.72 million tons last month, a volume topped only by Saudi Arabia, according to Chinese customs data. The increase comes as China’s refiners seek Beijing’s help to keep Russian cargoes flowing after new sanctions are imposed early next month. From Dec. 5, the European Union is set to ban the financing, insuring and shipping of Russian crude, which will force importers to find workarounds that don’t involve banks, insurance clubs and shipowners from the bloc.

Russian sales of liquefied natural gas expanded by more than half from a year ago to 756,000 tons in October, despite a 34% decline in China’s overall purchases of the super-chilled fuel. China hasn’t reported imports via pipelines, the main conduit for Russian gas, since the start of the year.

Coal imports from Russia increased 26% to 6.4 million tons. Some 2.4 million tons of that was coking coal for the steel industry, three times the amount of a year ago, although slightly lower than the record hit in September.

That left total purchases of Russian energy, including oil products, at $7.7 billion last month, slightly higher than the revised $7.6 billion for September, but well above last year’s $5.4 billion. It brings the total to about $59.5 billion since Russia began its war in Ukraine.

Although import values have been inflated by the global spike in energy prices caused by the invasion, China’s purchases from Russia have sometimes come at discounted rates. Moscow for its part needs to find a home for exports that are being shunned by much of the rest of the world as punishment for the war.

Other data for imports from Russia in October (compared with a year earlier):

(All times Beijing unless noted otherwise.)

A US attempt to ban imports of cotton linked to forced labor in China contains a loophole large enough for a multibillion-dollar business to pass through: clothing from Shein, the Chinese online retail giant and social-media phenomenon that ships fast-fashion apparel directly to consumers.