Ben Smith, Partner at law firm Norton Rose Fulbright, seeks the answers on how the industry can police itself to ensure operations have minimum greenhouse gas impact 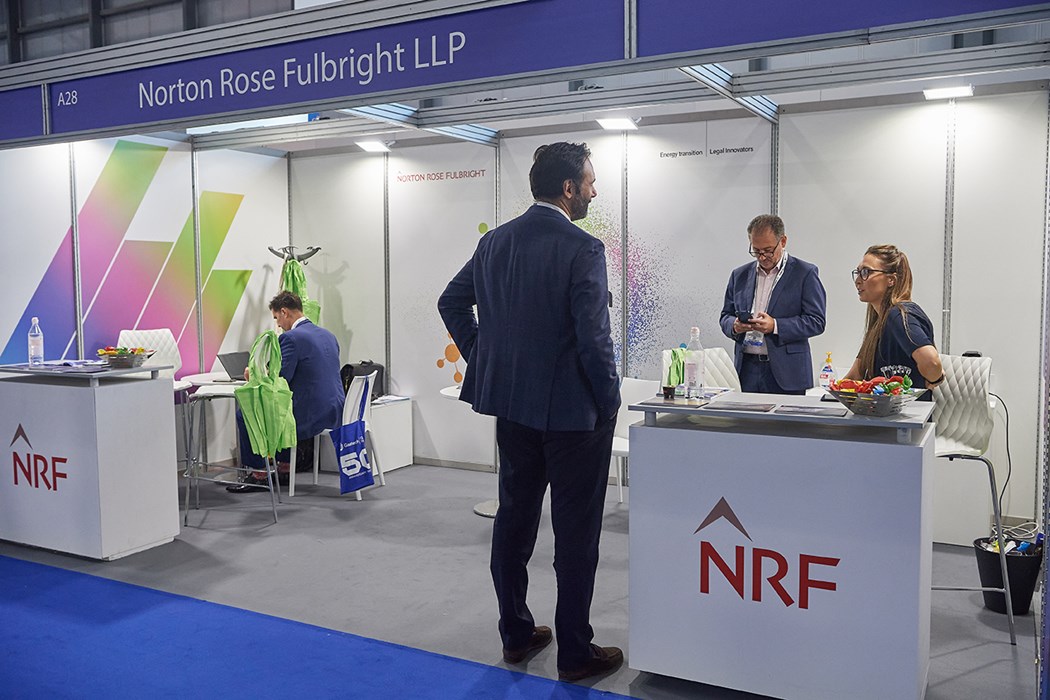 The Gastech 2022 stand of Norton Rose Fulbright. The company is at the forefront of exploring the nuances around green LNG.

Over the past few years there have been reports of a number of sales of “green LNG” . What is meant by “green LNG” may depend on who you ask, but at present it tends to be used by the market to mean offset cargoes, rather than cargoes where the emissions associated with the production and delivery of the LNG has been reduced.

Most commonly, greenhouse gases (GHG) emitted into the atmosphere as a consequence of production of LNG (from extracted methane) are offset by a corresponding investment in projects that remove or reduce carbon dioxide in the atmosphere, usually through the purchase and retirement of carbon credits.

There have been accusations that this approach is merely “greenwashing”, given that it does little to actually reduce GHG emissions arising out of the production of the LNG, and is an inadequate response by the industry to incentivise emission reduction technologies. Even where “green LNG” is understood to mean an offset cargo, there are a number of variables within that phrase, depending on the producer.

For example, some producers will take steps to reduce associated emissions by using renewable electricity within LNG production facilities; others will step up efforts to address methane leaks and invest in advanced LNG tanker technology. It should also be noted there are different ways of gathering the GHG emissions data (real time actual data or generic hypothetical data?) and that some carbon credits are considered to be of better quality than others, with a separate discussion ongoing around a global benchmark for high quality voluntary carbon credits.

Clearly a spot cargo bought on the open market with a commitment to transfer or retire a number of loosely described carbon credits roughly equivalent to the emissions of a generic cargo of LNG is a different proposition to a cargo where the actual emissions all along the production chain have been minimised, are tracked and reported in real time, and there is a commitment to transfer or retire an equivalent number of high quality carbon credits.

Partly in order to address these concerns, organisations such as the International Group of Liquefied Natural Gas Importers (GIIGNL) have published proposed universal standards for how to measure, reduce and verify emissions of GHG, and how the remaining emissions should be mitigated.

GIIGNL’s ‘MRV and GHG Neutral LNG Framework’ was designed to promote a consistent approach for those entities responsible for reporting the GHG footprint of LNG cargo, to enable purchasers to compare like for like when assessing how ‘green’ a cargo might be, and to encourage producers to strive for reduced emissions.

High quality data is increasingly required by financial institutions offering green loans, and borrowing rates will be impacted by the success or failure of setting and achieving emission reduction goals. In addition, with so much data being gathered and reported, those producers who are lagging behind may see an impact on their social licence to operate, with unfavourable comparisons drawn with competitors who are committed to transparency and who have a long-term plan to reduce emissions further using best available technology, and capture those which cannot be removed from production entirely.

The old management maxim that “you can’t manage what you can’t measure” is almost certainly true in the case of GHG emissions, but does it follow that “if it is measured, it will be managed”? There is an argument that as consumers become increasingly concerned about GHG emissions, then only the lowest emitting projects will reach final investment decision (FID) because those are the only projects that LNG buyers will buy from.

But if long-term contracts are still the industry’s preferred way to buy and sell LNG, are there sufficient prompts to really change behaviour? And if a project has successfully marketed its offtake for five or 10 years, what incentives does it have to install new equipment that may not have been in the economic model?

The answer is that the industry does need to be policed by putting incentives into LNG SPAs to reduce emissions. We should strive to be in a world where long-term decarbonisation commitments and emissions reductions plans are not commercial provisions to be negotiated for commercial gain, but agreed and accepted across the community of consumers and producers.

A race against time to secure energy supply for the winter