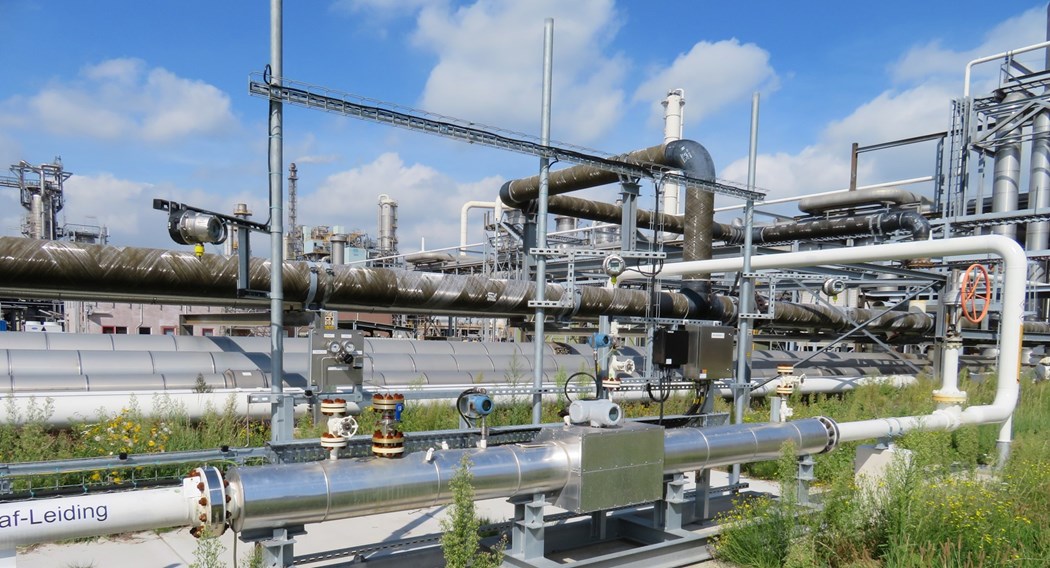 Hydrogen as an energy carrier has multiple advantages

The energy transition is taking its toll. Higher shares of renewable energy and tighter environmental limits make a more flexible operation of fossil plants necessary to stabilize the electricity grid. Developments across Europe have shown the impact of increasing wind power generation in the early 2000’s. Grid stabilisation measures have been necessary in areas with higher shares of wind power. As photo-voltaic (PV) technology progressed and became more widespread a decade later, stricter, clearly defined regulations such as the RfG (Requirements for generators) became necessary for conventional electricity generators to feed energy into the grid.

Hydrogen as an energy carrier has multiple advantages, it can be generated with relatively high efficiencies using excess renewable energies like wind or PV and it can be converted back into electricity at the required time. Existing combined cycle gas turbine (CCGT) plants can be converted for the use of hydrogen or fuels with hydrogen admixtures. New CCGT plants are typically built now as “hydrogen ready” with a view to future-proofing the technology. Hydrogen can also be directly converted into electricity utilising fuel cells or be stored in Methanol, Ammonia or liquid organic hydrogen carriers (LOHC) for the safe and easy handling. Nevertheless there is also a demand for hydrogen in the producing industries like for example steelmaking which can be made environmental friendly using green hydrogen.

Hydrogen is not new, used and produced in the chemical and petrochemical industry for a century now with the development of the Haber-Bosch-Process. Even earlier hydrogen has been gained by coal gasification. Green hydrogen from renewable energy is generated using water electrolysers. Four electrolyser types are currently used and further developed: Alkaline, PEM, AEM and solid oxide, whereas the first two are the most commonly applied ones today. With the increasing number of plants, the technology develops to a higher maturity with better efficiencies, longer operation times, better safety and plant availability at a reduced cost.

Process control instrumentation takes a pivotal role in the hydrogen industry. It is applied for process control, its safety and helps to make the process even more efficient. It is especially important for processes operating under unsteady conditions.  Instrumentation can be found from the producing electrolyser plants via the measurement of hydrogen flows at the interfaces between different companies and during its transportation over pipelines or tankers until used for re-electrification in combined cycle power plants.

Hydrogen as the lightest element differs from others in many aspects. It has a high specific energy content, explaining why it can also be used as a rocket fuel. It is light, thin and highly flammable. Thus the process equipment including the instrumentation must be suitable and designed for the safe handling of hydrogen. 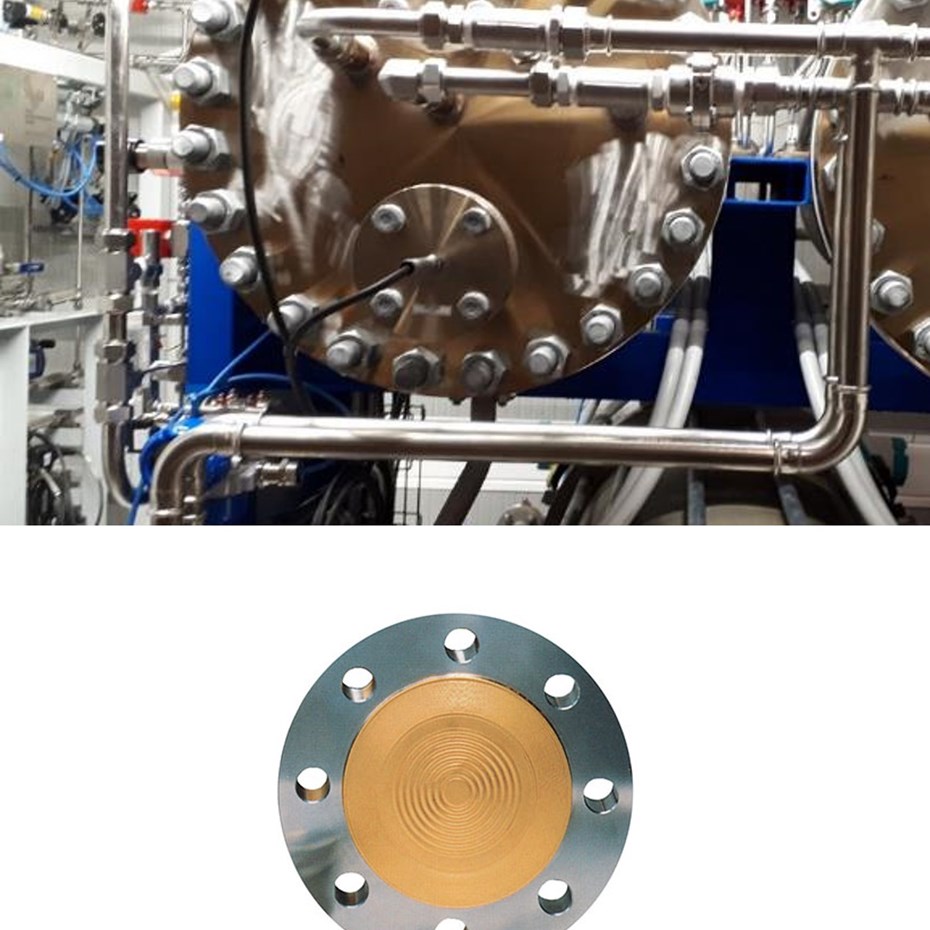 Hydrogen as the lightest element differs from others in many aspects

Special design of all the materials is essential for use with hydrogen. Hydrogen permeates through metals and leads to an embrittlement if not treated correctly. The temperature, purity and moisture of the hydrogen, together with the stress the material is exposed to are important criteria for the exposure to material embrittlement and the design choice. The materials for solid pressure retaining pipes and bodies of measuring instruments must be chosen accordingly.  Pressure transmitters are often connected to the process utilising very thin diaphragm seals. Hydrogen diffuses through conventional diaphragm seals and accumulates in the filling fluid, thus damaging the seal system. This diffusion effect can be avoided by a gold coating of the diaphragm seal.

Also conventional seals between components must be designed in a hydrogen gas tight fashion. Threaded connections should be avoided. Leak tests for hydrogen service must be carried out in a suitable manner to guarantee tightness under all process conditions.

Flowmeters should precisely measure the flow for process control and should have a good repeatability. Absolute accuracy is crucial for custody transfer measurement, when payments are depending on the amount of hydrogen or natural gas with hydrogen admixtures being transferred.

Hydrogen as a flow medium behaves differently than other fluids. It has a much lower viscosity and subsequently the Reynolds numbers are much higher at the same conditions compared to other gases.

Traceable calibration standards and calibration facilities especially for the higher flowrates and related Reynolds numbers required for pipeline transportation are currently in development. A broad knowledge has been gained about the discharge coefficient as an accuracy-determining variable of DP flow elements at high Reynolds numbers.  Calibrated differential pressure flow metering sections with orifice plates or critical flow nozzles are used as references on calibration rigs because of the good traceability.

Three flow technologies are especially suitable for the measurement of hydrogen and hydrogen mixtures - Differential Pressure (DP), Ultrasonic and Coriolis - each with its own characteristics.

DP-flow is the most versatile measuring principle covering the broadest application range of temperatures and pressures and is available in almost any machinable material. By this the flow measurement of liquefied hydrogen LH2 at -253°C transported in vacuum isolated pipes is possible. The main types of DP-flow elements are defined in standards like ISO 5167 or ASME MFC-3M and much is known about the application and the accuracy of these flow elements under the respective conditions. Flow nozzles and venturi tubes are quite accurate and have a good long term stability. As part of a calibrated metering section they are very accurate and can be used as references.

Ultrasonic flowmeters are based on the measurement of transit time differences. Their advantage is the absence of moving parts, the good flow turndown and their diagnostic capabilities. Over the last two decades multipath Ultrasonic flowmeters have been established as a new standard for the custody transfer flow measurement of natural gas. They can be adapted to the requirements of hydrogen or natural gas with hydrogen admixtures. The key for this is the development of suitable and traceable calibration methods and the presence of calibration facilities.

Coriolis flowmeters measure the mass flow and density of the fluid. They are using the Coriolis forces caused by the fluid’s mass passing the measuring tube. Because of the direct mass flow measurement a compensation of the flow measurement is not required. The density can be used as a diagnostic variable for the process. Coriolis mass flow meters require a minimal density so they are suitable for compressed hydrogen applications.

KROHNE as a full scope supplier in the field of process instrumentation has gained decades of experience in the measurement of hydrogen, its production and further utilisation in various applications in the process industries.

Bringing sustainable operations to the energy industry with methane reduction