The effects of viscosity on flow meter accuracy

Due to diminishing conventional oil reserves and the need to secure future energy supplies to a rising world population, the exploitation of unconventional oils is still vital.  The vast majority of the world’s remaining oil reserves are categorised as heavy or unconventional oils, the viscosity of which can be so high (>10000 cP) that they are immobile at ambient conditions. As the development of these viscous deposits continues, the requirement for accurate flow measurement of heavy crude oils and other viscous products remains crucial.

Due to their greater viscous fraction, the flow measurement of medium and heavy crude oils presents additional technical challenges compared to light crude oils. For most liquids, an increase in temperature normally results in a decrease in fluid viscosity, even more so for highly viscous fluids, which can pose several problems.

For highly viscous fluids, even small fluctuations in temperature can result in a significant change in the fluid viscosity. If a flow meter has been calibrated at a specific viscosity for its application, any temperature fluctuation will have an impact on the fluid’s viscosity and could potentially have a notable effect on the flow measurement accuracy.

There can also be distinguishable variations in the measured temperature due to thermal gradients within the flow path of these highly viscous fluids. Thermal gradients are often present in laminar flow due to the parabolic velocity profile that occurs; as there is no mixing taking place between the layers of fluid, the fluid at the centre of the pipe may be at a different temperature than the fluid at the pipe wall. These thermal gradients can make it problematic to obtain a suitably representative mean fluid temperature, which increases the uncertainty of any temperature-based correction applied by the device.

The velocity profile of the fluid is also considerably altered by changes in its viscosity. The influence that fluid viscosity exerts on the velocity profile is best defined using the Reynolds number (Re). A flowing fluid travels in one of three different flow regimes:

Due to the highly viscous nature of heavy oil, gas entrainment is a serious operational consideration. It is already acknowledged that gas can become easily entrained in flowing viscous liquids, and that this has the potential to lead to wrong measurement. Gas can become entrained within viscous fluids from a variety of sources, including the loading/unloading of bunker ships, production wells and test separators as well as rapidly altering process conditions. The effects of gas entrainment are complicated and will likely differ depending on the metering technology applied. 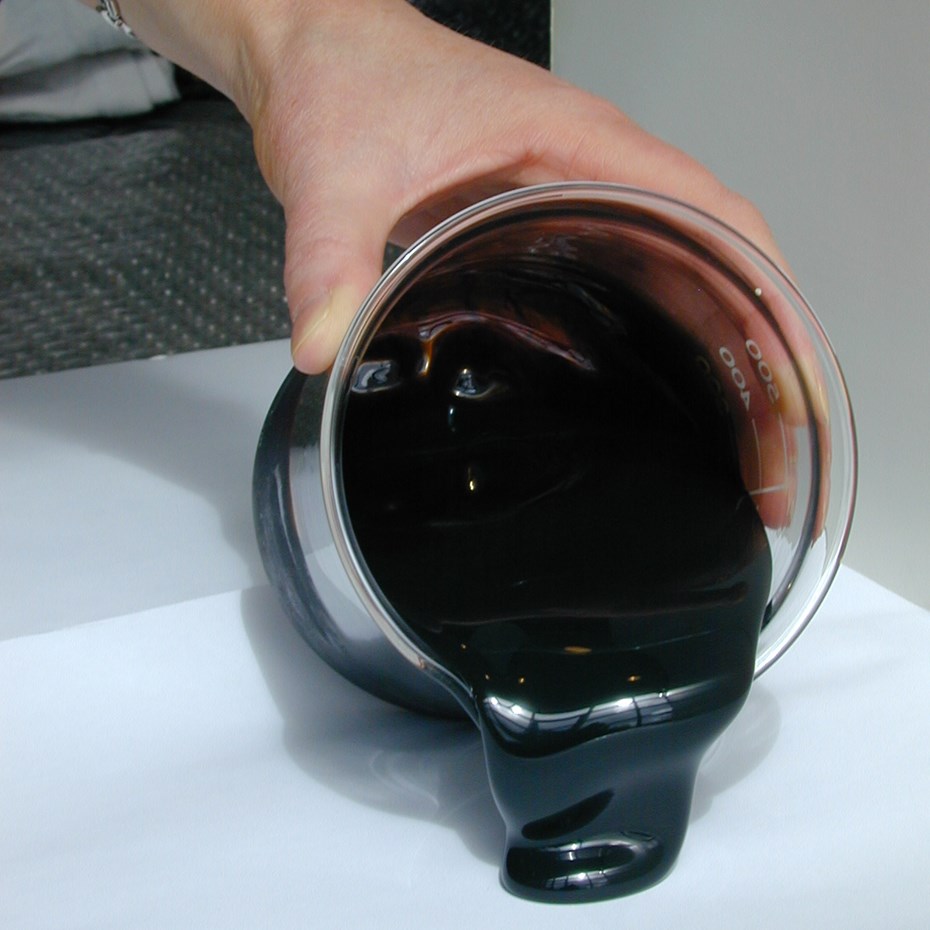 The effect that medium fluid viscosities (up to 2000 cP) have on the current generation of liquid flow meters (Coriolis, ultrasonic and turbine) has already been researched and is well understood. However, the effect of high viscosity fluids (>10,000 cP) on these conventional flow meters has not yet been defined with independent and verifiable test data. This is due in part to the scarcity of suitable test facilities capable of providing viscous flow combined with accurate and traceable reference instrumentation. However, it is already known that the performance of most single-phase flow measurement technologies is governed by Reynolds number and as such, it can be inferred that Reynolds number, in combination with fluid viscosity, will influence the performance of these technologies with “flowing” viscous oils.

When assessing the suitability of a flow meter for a particularly high viscosity application, our research results show that it is extremely important to calibrate the device in similar conditions to those that it will encounter in service. While matching the fluid viscosity is not always feasible, our experimental data shows that all flow meter types cannot simply be relocated from low-viscosity to high-viscosity service without suitable consideration, characterisation or modification. The most sensible option would be to calibrate the device against Reynolds number with a suitably viscous fluid.

Our research also indicates that the performances of devices of the same technology (i.e. ultrasonic or Coriolis) are not necessarily similar as there are many other variables that must be considered. These include sensor design, correction algorithms, transducer design and the amount of development work carried out by the manufacturer.

While industry recognises that growth in the development of viscous oil deposits has changed, the flow measurement regime within which conventional flow meters are expected to perform accurately, and a lack of research, brings significant uncertainty. However, with industry pushing to exploit older fields which contain more viscous deposits, the pressure to address these issues through extensive research programmes is increasing. Such research will allow a more accurate flow measurement capability to be developed so that the end-user will be assured that their chosen meter technologies perform as expected.

Bridging the gap between reality and future, blue hydrogen to bridge?

The Uber of Offshore logistics: why pay more?