Bridging the gap between reality and future, Blue Hydrogen to bridge? 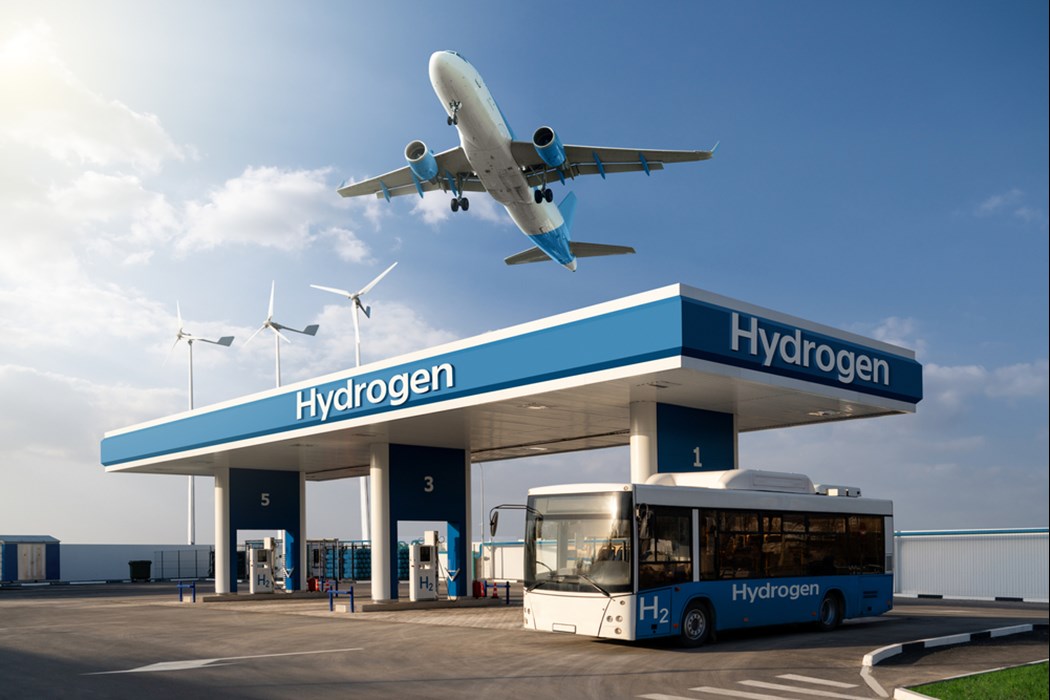 As COP26 was approaching, the buzzwords of energy transition are making headlines. Optimism about the phase out of hydrocarbons, especially coal and oil, however is already hitting a brick wall as the European and global energy crunch as been putting the finger on some sour points already. At the same time, the current “hype” around green hydrogen, as proponed by European Union, a long list of governments, and even some major oil producing countries, should be assessed more realistic as currently is the case. While the need for hydrogen as an additional source of renewable energy transporter is clear, the discussion at present is heating up about the feasibility of green hydrogen before 2030 in the total energy mix.

The bridge between grey hydrogen, currently a market of almost $150 billion, but only produced as a byproduct mainly in refining, already has shown there is a market for the product. While grey hydrogen is a major additional polluter, as there is at present no emissions capture in place, politicians have already jumped into green hydrogen, produced with renewable energy (wind, solar) without considering not only the economic financial challenges but also looking more stringent to technical issues and overall costs. As a growing amount of academics, the viability of using blue hydrogen, which is produced by natural gas while implementing CCS, is clear. The academics indicate even that the climate impact of blue hydrogen would be similar to green H2 if emissions were minimized. They also have indicated that reducing natural-gas leaks in the supply chain and increasing carbon capture rates would allow blue H2 to be a 'bridging technology'.  In their report, “On the climate impacts of blue hydrogen production”, they state that “if methane emissions from natural gas supply are low and CO2 capture rates high, blue hydrogen is comparable with green hydrogen in terms of impacts on climate change”.  Based on their research, current CCS technology can “allow removal rates at the hydrogen production plant of above 90%”, pointing out that capture rates of “close to 100% are technically feasible, slightly decreasing energy efficiencies and increasing costs, but have yet to be demonstrated at scale”.

At the same time, green hydrogen’s current options are very limited. The production of the green variant, as it is based on renewable energy production, is for a wide-spread implementation not available. As stated already by a leading analyst Michael Liebreich, to replace only grey hydrogen by green hydrogen, the production of the latter would need more than all wind and solar power installed at present in the world. Another example is the green hydrogen strategy of Tata Steel Netherlands, which if implemented needs around 9GW of renewable energy production, which is more than the total in place in Netherlands.  Main message at present to green hydrogen strategists and project financial backers, to put all green hydrogen projects in place an exponential growth of renewable energy production is needed, which is financially at present not feasible at all. The only real green hydrogen projects with a slight chance of succeeding before 2030 is in the Middle East, as they are backed up by vast “hydrocarbon based” revenue streams. Others will have to wait for 2030 and after, if technology and electrolyzers developments are hitting off. With current assessments of $200-240 to produce green hydrogen the market is not there. Technically, which has not been assessed by most yet, hydrogen introduction in existing gas transport infrastructure systems holds still vast challenges. Pure hydrogen will be negatively system by brittle effects etc. To mix hydrogen (<20%) in natural gas is still the main option in most places.

Still, hydrogen is a commodity already, at least when looking at the $150 billion grey hydrogen market. To make green hydrogen a commodity, the time is not yet there. A bridge option, blue hydrogen can be done at higher success rates for sure. To bring a new natural-gas based, combined with CCS, commodity to the global market holds several positive factors. It is much more cost effective, reduces overall emissions in general, and holds more attractive options for the existing industry. The hydrocarbon sector’s License-to-Operate is under pressure from all sides, SDG-ESG or Shareholder Activism, is cutting away future plans. Even that the current global energy crunch shows a different picture, reserves of natural gas globally are vast, with even more to be brought onstream. To link the latter, necessary as natural gas is still a major backbone of global economic activity, with energy transition via blue hydrogen, reliefs not only part of the pain already felt in oil and gas producing countries but also for independent gas producers, such as the major IOCs and others. To use blue hydrogen as a bridge between the bad (grey hydrogen) and the ugly (high costs at present), blue hydrogen is most feasible and attractive. It also brings another incentive for hydrocarbon economies to jump on the bandwagon of renewables and COP26 strategies.

When looking at the challenges for all two new varieties, they are still vast and sometimes breathtaking. To reach a viable market situation, not only the supply side should be assessed. The demand side and the needed logistics (infrastructure) is needed to even make a dent in other energy options the coming decades. Almost all hydrogen strategies are looking from a supply point of view, by stating invest in production and technology right now. For investors and private parties the demand side however is very challenging. Without any demand, the risk of dumping billions of $dollars into projects is a high risk. When developing the hydrogen market, either blue or green, the necessary infrastructure and logistics will need to be in place. The challenges on the supply side, mainly availability of excess renewable energy production is already leading to headaches. On the demand side, without clients to supply, and technically available options to use hydrogen (transport, production and manufacturing), no investor will really take the step. Current projects we see are either governmentally supported or owned by major oil and gas companies trying to green up production.

The market also needs to be set up as a commodity market 2.0, using experiences of oil, gas, wind and solar energy, to make it an interesting and growing market in future. For green hydrogen the current market potential is very small, almost non-existing. Some link its option to the level of having airplanes fly on electricity, possible but not now. Blue hydrogen  should be pushed more as it not only doesn’t need additional excess renewable energy production (electricity), but can mitigate existing low cost hydrocarbon sources and emissions. Main parties to be considered for this set up are not surprisingly NOCs such as Aramco, ADNOC or Gazprom, but also mainstream gas producers as Shell, ENI or ExxonMobil could be taking a piece of the pie. Realism is needed, as both new hydrogen options are needed, but will still be relatively very small in the total energy mix before 2035-2040. Players should temper the current hyped optimism, as customers and consumers have been lately very disappointed by other developments already.

By pushing only government owned or paid-for projects, such as in the EU or USA, global energy sectors will not be functional. Realism and market fundamentals should be taken into account, as some already are clearly indicating. Transition and new market entries take much longer than the production of a new James Bond movie or Roblox 6.0.

How oil & gas producers can prepare for what comes next!

The effects of viscosity on flow meter accuracy