Synergies and data in focus in the push for hydrogen demand 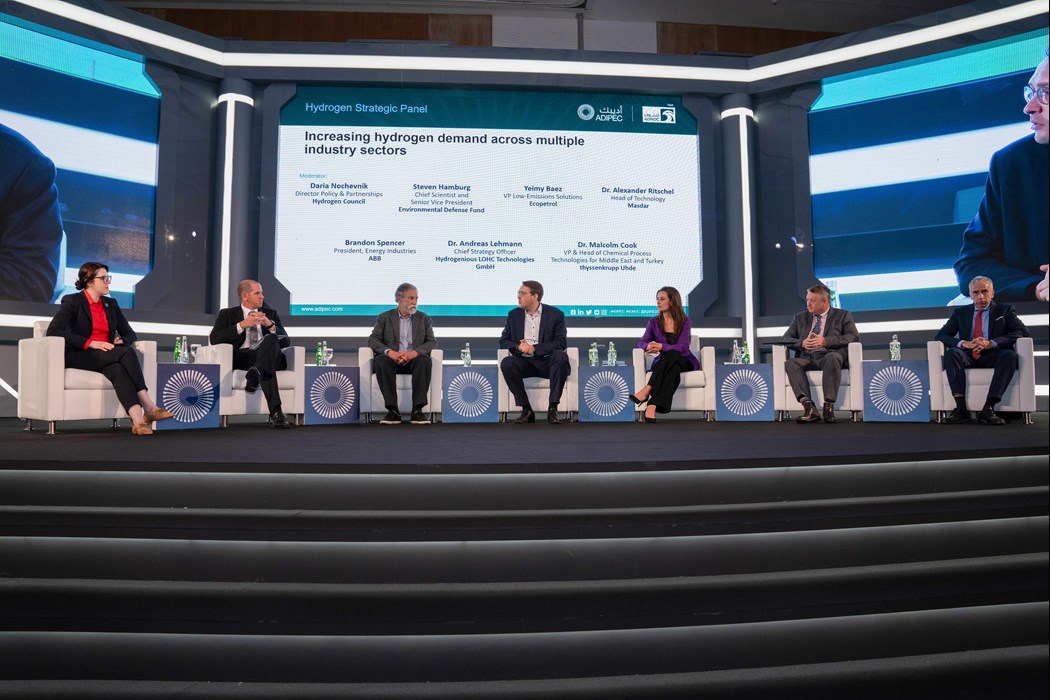 Hydrogen will play a key role in a decarbonised world but collaboration alongside analytical data and the incentivising of first movers will drive the adoption journey. These were among the findings alongside a need educate the public during a Hydrogen Strategic Panel session examining an “infant industry” via the theme Increasing demand across multiple industry sectors.

Steven Hamburg, Chief Scientist & Senior VP, Environmental Defense Fund said it was “critical” to get more robust analytics. “They’re not currently there. There’s no hydrogen supply chain for which we know total emissions of hydrogen, we simply don’t have the data. So we have to get good analytics that allow us to build a robust overall energy system, so we can compare different things effectively and completely. And then we can find optimal solutions. “It’s really pushing the industry to make measurements you’re currently not making and have transparency that currently doesn’t exist. So, you really do understand the trade spaces and what you’re getting and not getting. We have to create those analytics, and we have to get the data quickly.”

But Dr. Andreas Lehmann, Chief Strategy Officer, Hydrogenious LOHC Technologies, said that to “get the data we need to move to action and have the first pilots ready”. “Not try to force everything in detail, but really to get the first things ready together as industry, with government. “Also not forgetting about the rest of society and explaining what’s happening. We tend to talk about very smart, very good ideas, but sometimes people on the street don’t really understand what’s coming, and that causes fear instead of acceptance.” The panel agreed that synergies across the hydrogen spectrum rather than “acting in silos” was key for acceptance, adoption and mainstream growth.

“It’s the collaborative spirit that you see on the stage outside of this room…bringing policymakers together, corporations together, both sides of the political spectrum,” said Brandon Spencer, President, Energy Industries, ABB. “We have to have rational, reasonable conversations and think about where we can have wins.” Dr Malcolm Cook, VP & Head of Chemical Process Technologies for Middle East & Turkey, Thyssenkrupp echoed the sentiment with an example.

“We see each country is developing their own hydrogen strategy, and then take the UAE as an example with its hydrogen strategy, and the German Emirati partnership on that…the collaborative approach is essential,” he said. “We’ve got a fundamental dilemma with our electrolyser manufacturing capacity, because we need to invest more, but we need more commitments to drive that investment.

“So we’re ready for these commitments to take that on and increase the capacity; we’ll have 5Gw of electrolysis capacity by 2025, but if you look at…projected demand, that’s not enough. So, when do we pull the trigger on the next set of investments is important to us.” Cook added that the technology was there, “but what’s the biggest thing that’s holding us back… come back to the regulation, the standardisation”

Dr Alexander Ritschel, Head of Technology, Masdar, agreed. While the UAE government was working intensively to “create the policy framework and regulatory framework that will enable the hydrogen economy to kick off” in the country, export was hampered by regulatory framework not being “set in stone in most countries”.

The Hydrogen Council’s Director of Policy & Partnership, Daria Nochevnik - moderating the panel - said there was an overall call for simplicity, visibility of demand and supply, demand certainty, synchronising of efforts and “creating these new markets and being bold” and incentivising/supporting those first movers in the market going forward.

Yeimy Daez, VP Low-Emissions Solutions, Ecopetrol, said the message was “don’t panic, we will get there”. “In general, the cycles are quite positive for the hydrogen agenda. We are lagging maybe on coming to the real projects. However, this is such a significant challenge for us to tackle that will take time.

“We need to commit significant amount of CapEx, and that’s not an easy decision to make, we are talking about hundreds or billions of dollars.” Spence added that the transition “is going to happen”, not least as companies face pressure from shareholders and societal pressure. “It’s just a little bit of incentive or that simplification that we need that will help push it across the line.

“At our company, we’re trying to invest dollars where the business case is not known, quite honestly, and we’re placing bets on different technologies in order to help this stuff scale. It has to scale because we’re not a nonprofit…companies have to figure out how to make a profit through this whole thing.