How Finland, Denmark and Sweden are leading on the green revolution

Rystad Energy identifies the Nordic countries as leaders in the green revolution offering solutions, with lessons for the rest of Europe as it looks to rapidly decarbonise its energy system 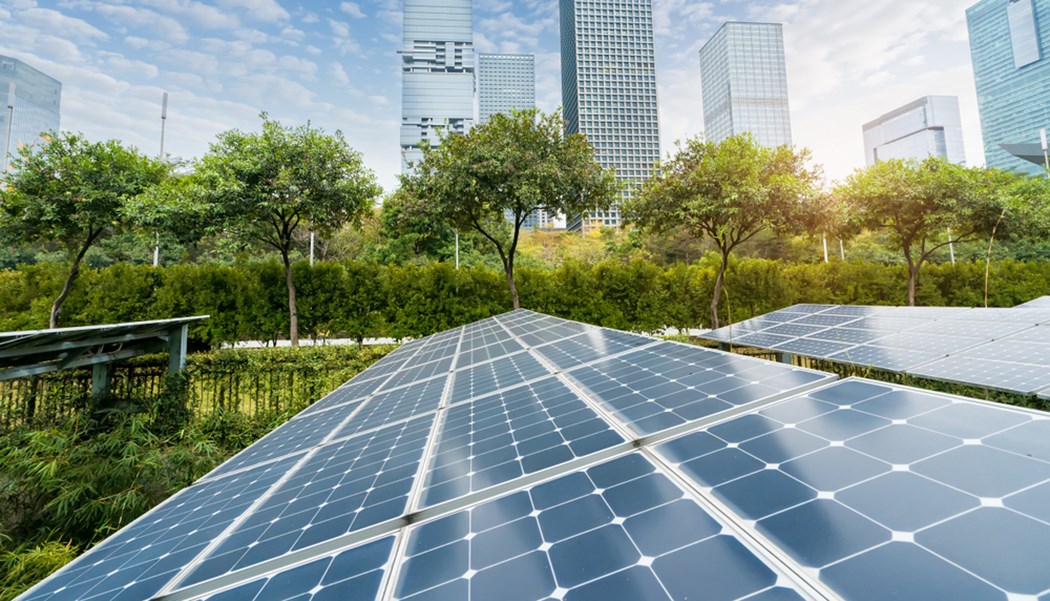 Long considered pioneers in renewables, the Nordic region is preparing to further grow its renewable capacity and become a major powerhouse for Europe. Thanks to wind power, hydrogen electrolyser, nuclear power and carbon storage initiatives, Rystad Energy has identified Sweden, Finland and Denmark as leaders in the green revolution offering solutions, with lessons for the rest of Europe as it looks to rapidly decarbonise its energy system.

On onshore wind and utility scale solar PV generation, Rystad Energy expects capacity in these three countries to grow from a collective 30 gigawatts (GW) in 2022 to 74 GW by 2030. With electricity output expected to exceed their need, these countries will export large volumes of green power to Europe, helping provide the region with stable supply at low prices.

Almost 40 green hydrogen projects are poised to start-up in the region by 2030 or earlier, giving Denmark, Sweden and Finland a combined 18% of Europe’s electrolyser capacity for green hydrogen production. This, combined with Denmark’s potential to store carbon in the North Sea, will go a significant way towards helping Europe decarbonise heavy industries such as steel and cement. 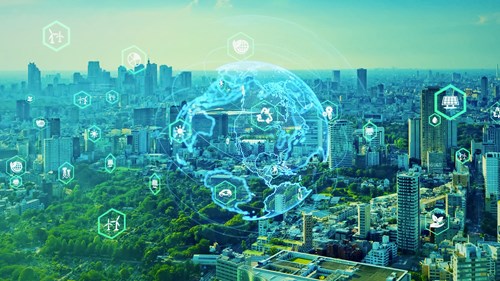 “The Nordics at present produce over 90% of their power (including nuclear) via renewables and are significant electricity exporters to the rest of Europe. That trend will intensify as geography, technology and managerial experience in the region will see renewable investment and generation increase. This will be welcome news to heavy industries in the region as Europe seeks to cut emissions”, says Francesca Bjørnflaten, senior analyst, renewables at Rystad Energy.

Past, present and future energy mix

All five countries in the Nordic region - Norway, Sweden, Finland, Denmark and Iceland - have set targets to source even more power from zero-carbon sources, with some aiming to become major exporters of clean energy. With most power in Norway and Iceland generated by hydropower (75%) and the fact that these two countries are not set to deploy a substantial amount of wind energy in the future, they have been excluded from this analysis.

For decades, the Nordic region has been at the forefront of the energy transition and now has some of the cleanest energy mixes in the world. However, there are large country-specific differences in the way in which these countries are handling the energy transition. The chart below shows the historical power generation mix for Sweden, Finland and Denmark over the last 20 years, together with Rystad Energy’s current base case forecast towards 2030. This highlights the large country differences both in size and composition of their power mixes, as well as the expected growth for different sources going forward.

Sweden has by far the largest power generation capacity in the Nordic region and is the sixth largest in Europe behind Germany, France, the UK, Italy and Spain. Sweden’s power mix has historically been dominated by nuclear and hydropower. 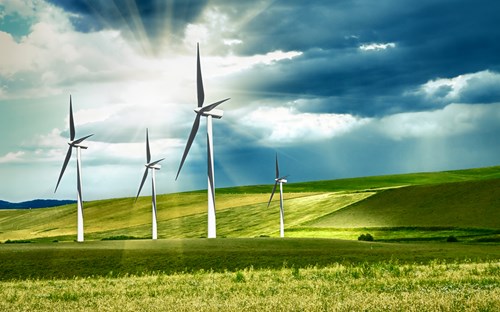 In recent years, onshore wind has grown strongly and is now the nation’s third-largest source of electricity. Sweden’s large nuclear fleet is starting to age, with the newly elected government proposing to expand capacity to replace or complement its six operational reactors spread across three sites: Ringhals, Forsmark and Oskarshamn.

Sweden was the largest electricity exporter in Europe for the first three quarters of 2022, selling over 20% of its total generation to neighbouring countries. Huge, planned expansion of generation capacity will enable it to continue being a powerhouse for Europe, exporting clean and cheap power.

Denmark, Sweden and Finland are planning to add to their renewable generation capacity considerably in the years to come. In the three countries combined, Rystad Energy expects onshore wind and utility-scale solar PV alone to grow from 32 GW in 2022 to 74 GW by 2030. Onshore wind will be the dominant energy source, accounting for 61.5 GW of the installed capacity with the remaining 12.8 GW to come from solar PV:

Sweden is set to install 30 GW of onshore wind by 2030, part of its plan of becoming a significant energy exporter, with just 3 GW of solar PV expected to be added over the period. Long term, Sweden aims to source 65% of its generation capacity from renewables by 2030 compared to 23% presently, rising to 100% by 2040.

Denmark’s power mix already consists of mainly renewable energy (70%) and is now aiming for renewables to hold a 55% share of its overall energy consumption by 2030. In terms of renewable energy sources, Denmark will grow onshore wind capacity by 11.5 GW and solar PV by 9 GW up to 2030. Offshore wind capacity will rise from 2.3 GW presently to 8.8 GW by the end of this decade.

Off the coast but on the grid

Denmark is one of the pioneers of offshore wind technology, leveraging its technical prowess with available acreage in the North Sea and Baltic Sea. It is now one of the five largest offshore wind markets in Europe, with further capacity additions likely in the coming decades to help meet Europe’s low carbon power needs. This year, the Danish government set a new target to deploy 12.9 GW of offshore wind capacity by 2030, a 4 GW increase from the previous mark. It follows Denmark’s pledge to contribute to the Esbjerg Declaration alongside Germany, the Netherlands and Belgium. This aims for 65 GW of offshore wind to be installed by the four countries by 2030 and 150 GW by 2050.

The combined capacity forecast for these four countries only amounts to about 50 GW by 2030, with Denmark reaching some 9 GW by the same year, meaning that more additions will need to come online this decade. Denmark is also participating in the Marienborg Declaration via which eight countries in the Baltic Sea have committed to installing almost 20 GW of offshore wind capacity by 2030. Rystad Energy expects seven nations (excluding Latvia since the commissioning of an offshore wind farm there is unlikely before 2030) to surpass the 19.6 GW mark. The Marienborg Declaration has also been signed by Sweden and Finland, which are forecast to install a combined 6 GW of offshore wind capacity by 2030. 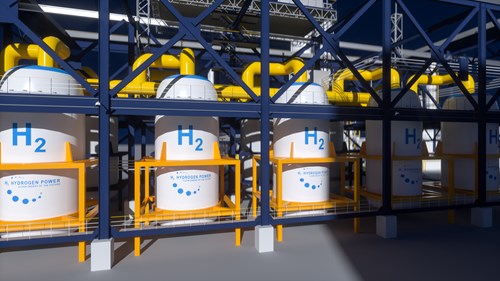 While two energy islands in Denmark have been dedicated to offshore wind, islands dedicated to producing ‘green’ hydrogen could also become a reality. Denmark, Sweden and Finland have announced almost 40 separate green hydrogen projects with start-up scheduled for 2030 or earlier. The combined share of electrolyser capacity for green hydrogen production in the three countries will comprise about 18% of the European market by 2030. This is based on current announcements, showcasing the importance of the Nordic countries - especially Denmark (12% share in 2030) and Sweden (5% share in 2030) – for Europe’s uptake of green hydrogen.

Sweden is seeking to decarbonise the steel industry by replacing coal with renewable energy and green hydrogen to produce ‘green’ steel. The manufacturing process will use green hydrogen as a feedstock to directly reduce iron ore, creating ‘sponge iron’ as an intermediate product. Steel will be produced by melting sponge iron, resulting in a reduction in emissions. According to Swedish steel maker H2 Green Steel, it is possible to reduce CO2 emissions by 95% when producing green steel, compared with traditional, coal-based steel-making techniques.

In 2021, H2 Green Steel announced plans to produce up to 5 million tonnes per annum (Mtpa) of green steel by 2030 using total electrolyser capacity of around 800 MW. At the time of writing, this is the largest announced hydrogen electrolyser in Sweden.

Swedish joint venture HYBRIT is also looking to produce 1.2 Mtpa of crude steel as early as 2026 through the ‘HYBRIT demonstration project which is supported by the EU Innovation Fund. Currently, HYBRIT is operating a pilot plant in north Sweden (Luleaa) to produce green steel using a 4.5 MW alkaline electrolyser supplied by Norwegian company NEL. As part of the HYBRIT pilot project, a hydrogen storage facility in Luleaa was commissioned in September. It will initially operate for two years and consists of a 100-square meter rock cavern able to store green hydrogen at maximum pressure of 250 bar.

In 2020, Denmark, Finland and Sweden accounted for about 4% of the EU’s greenhouse gas emissions, excluding emissions from land use, land use change and forestry (LULUCF). Emissions come primarily from industrial sources, such as iron and steel manufacturing facilities which are mainly located in Finland and Sweden.

It also includes emissions from hard-to-abate industries, such as cement, which have few options to decarbonise apart from carbon capture and storage (CCS). Denmark has significant storage availability from onshore saline aquifers, but the country is also extremely well suited for CO2 storage within the North Sea. With easy access to the North Sea and the rest of mainland Europe, high storage volumes with low point source emissions coupled with the high demand for CO2 storage in the surrounding areas, Denmark has great potential for becoming a main storage hub in Europe as the EU strives to meet its climate targets.

Explained: the COP27 Implementation Plan and how it sets the pace for COP28