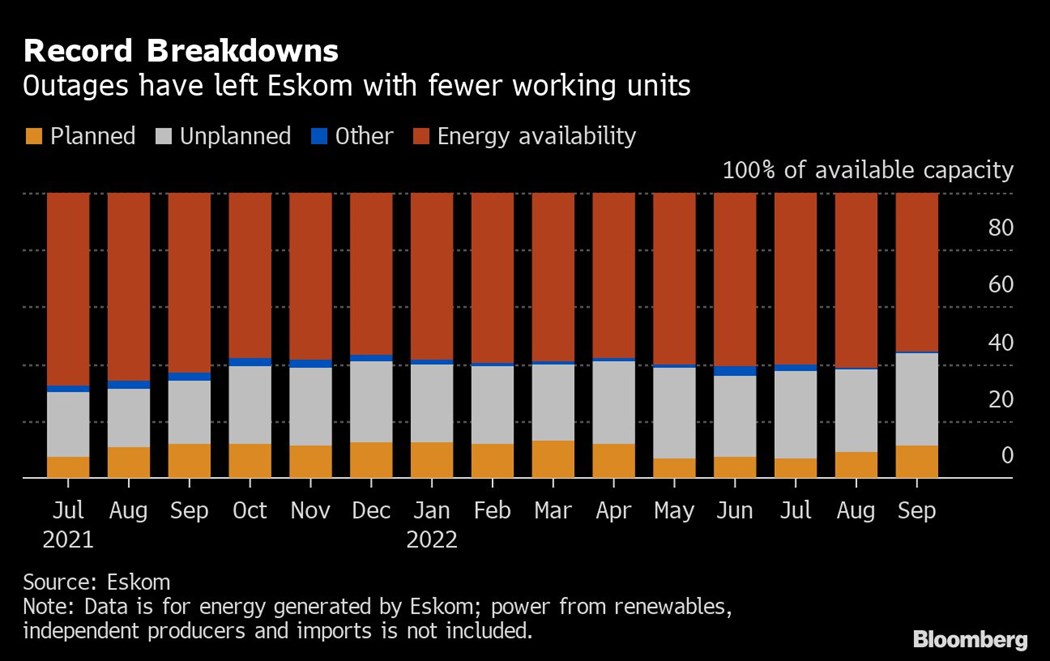 (Bloomberg) -- South Africa’s rand weakened past 18 per dollar for the first time since May 2020, as President Cyril Ramaphosa warned that rolling blackouts aren’t going away any time soon.

The currency weakened as much as 0.9% to 18.1165 against the greenback by 11:44 a.m. in Johannesburg. Only South Korea’s won had registered greater losses in developing-nation currencies. This month, the rand is down 6.7%, behind the won and Chile’s peso.

The news couldn’t have come at a worse time. Investors globally are already fretting over higher interest rates to fight inflation even as that threatens to send the world’s economy into recession. The rand is vulnerable to sentiment as it’s used as a proxy in emerging markets due to its liquidity.

When judged against peers, like Mexico, it is possible to see the impact issues such as power cuts are having on the currency, said Warrick Butler, the Johannesburg-based head of foreign exchange trading at Standard Bank Group Ltd., in a note to clients. The next level to watch would be 18.17, which would open the way for 18.35

South Africa has been hit by rolling blackouts since 2008 and has had record power outages this year due to the unreliability of state-owned utility Eskom Holding SOC Ltd.’s aging and poorly maintained plants. The current round of blackouts started on Sept. 6.

(Updates with Eskom chart and data)