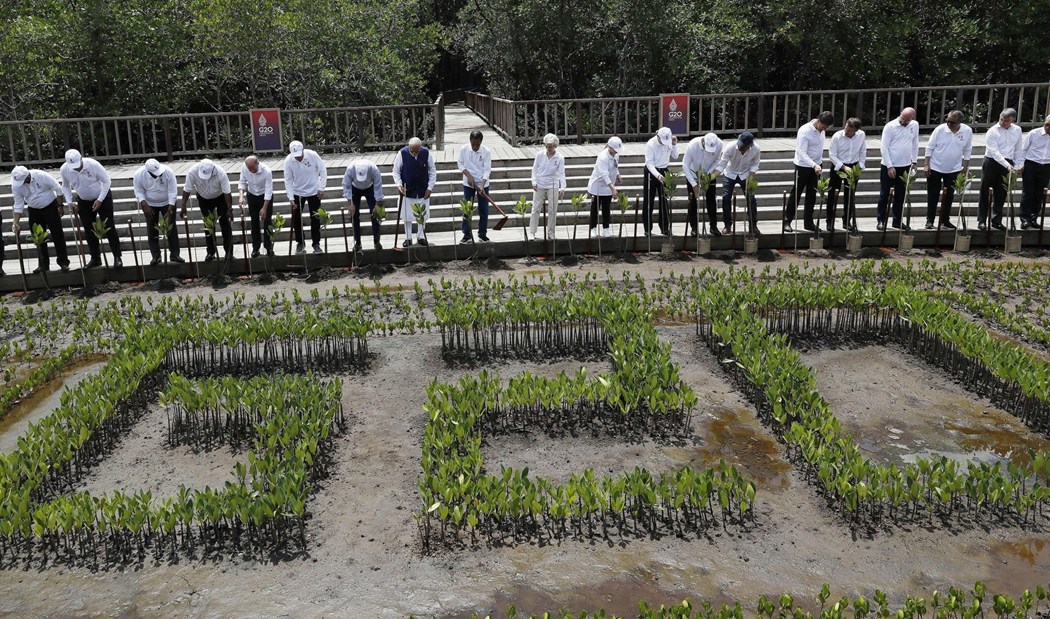 (Bloomberg) -- Group of 20 leaders allayed fears that an unprecedented energy crisis would result in backsliding at COP27 on a commitment to limit global warming to 1.5 degrees Celsius.

G-20 leaders meeting in Bali, Indonesia agreed to pursue the target laid out in the landmark Paris Agreement in 2015, even as the energy crunch triggered by Russia’s invasion of Ukraine threatened to undermine it. That’s giving hope that it will inject much-needed momentum as the climate conference in Egypt enters its final days.

“The positive signals from the G-20 summit should put wind in the sails of the climate talks,” said Ani Dasgupta, president of the World Resources Institute. “These goals may seem technical on paper but achieving them is the difference between a more stable future versus widespread devastation for billions of people.”

“Keeping 1.5 alive” has been a key mantra of climate talks since a deal was reached last year in Glasgow to cut emissions this decade in a bid to achieve that goal. The summit decision being drafted by the Egyptian presidency of COP27 is now likely to retain a reference to that target, overcoming concerns that countries like China would push for a softer 2 degree goal.

“The G-20 leaders have sent an important signal -- to the ministers and negotiators here at COP27 and to the whole world: the 1.5 degree goal is the guiding star of all our climate ambitions and actions,” German climate envoy Jennifer Morgan said. “The G-20 stand by the Glasgow climate pact and there cannot be any rollback on this here in Sharm El-Sheikh.”

Talks in the Red Sea resort have entered the last few days, with negotiations on issues of climate finance and cutting fossil fuels expected to build toward a climax as countries are forced to compromise on their positions.

India has been pushing for gas and oil to be “phased down” alongside coal, something which has garnered support from the European Union and the UK.

Small island states, a key negotiating bloc at the climate talks, have said that agreeing on establishing a facility for financing losses and damages caused by climate change is a “red line.”