Extreme Heat Stretches Japan’s Power Grid to Near Its Limits 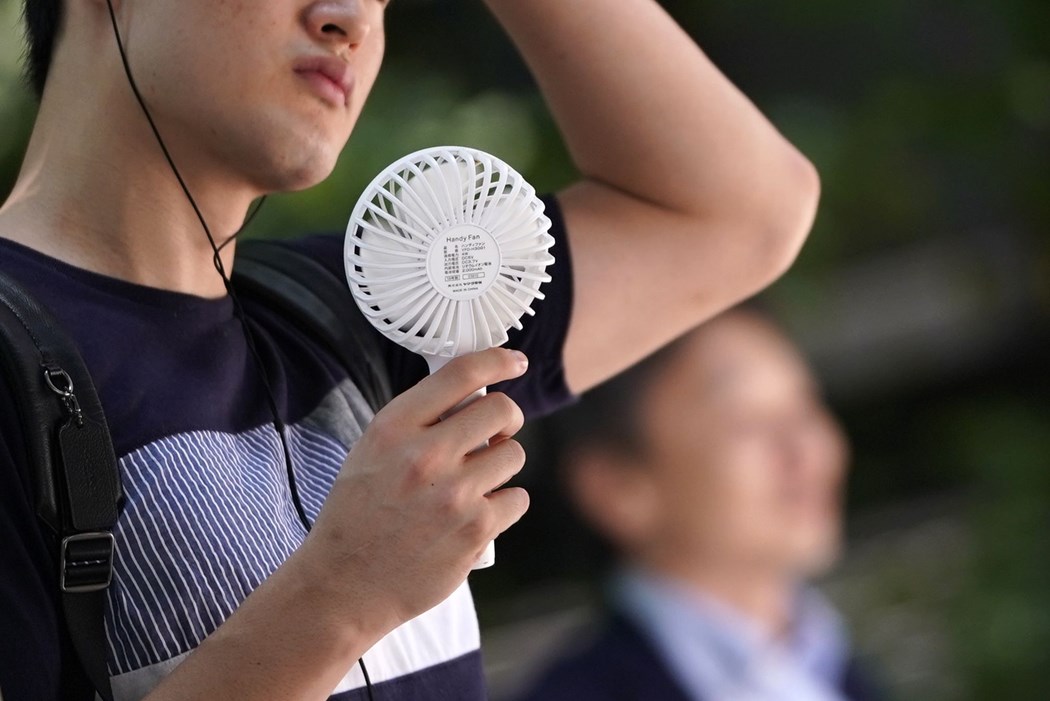 High temperatures forecast for Tokyo have triggered new concerns about pressure on the city’s electricity supply.

ure>
A man uses a Handy Fan as he walks in the Otemachi business district in Tokyo, Japan, on Monday, July 29, 2019. Photographer: Toru Hanai/Bloomberg

(Bloomberg) -- Japan is asking Tokyo residents to conserve power, with unusually hot weather stretching the city’s grid as fears increase that the heat could last for longer.

Electricity supply in the capital will continue to be tight Tuesday after households, businesses and utilities took steps Monday to help avoid any blackouts.  The country’s government extended a power supply advisory for Tokyo which calls for curbs on consumption.

The country's grid coordinator ordered power sharing among regional utilities to supply Tokyo Electric Power Co. Those measures appear to be helping to ease pressure, and the city’s power reserves are now forecast to be above the minimum level required for grid stability. While hot weather is expected to keep power supply tight in the capital for the rest of the week, it’s unlikely Tokyo will face blackouts as generation in the rest of the country is strong.

Japan's latest power crunch comes amid expectations of a long summer of pressure on electricity networks across much of Asia, with blistering heat seen raising demand just as global fuel shortages limit supply. High temperatures and an industrial rebound are already lifting consumption in key regions in northern China and Taiwan, while households and industry face the impact of surging power bills.

Temperatures in Tokyo will be as high as 35 degrees Celsius (95 Fahrenheit) this week, according to the country’s meteorological agency, above the 30-year average of 22.5 Celsius. The rainy season in the greater Tokyo area ended the earliest on record going back to 1951, pointing to longer and hotter periods that’ll pressure the grid.

The nation's meteorologist expects hotter-than-normal weather through the summer, and forecasts temperatures to surge over the next month. Power prices are already trading at a record high for this time of year — a trend that is likely to continue as households ratchet-up air conditioning.

Read more: Japan Power Crisis Was a Decade in Making and Won’t Go Away Japan in March issued a power supply warning, the first of its kind, after supply neared critical levels in Tokyo and has since introduced a new system to warn people to prepare for potential crunches. Under the new methodology, the government will issue a supply advisory a day before if reserve ratios are expected to drop below 5% and will ramp it up to an alert if that figure is seen slipping under 3%, the minimum level necessary for a stable grid.

Tokyo residents have been asked to turn off lights in rooms they are not using and to use air conditioning units in an appropriate way. The government will increase generation from thermal plants and the grid operator ordered power sharing to help tackle the crunch, it said. The period around 4:30 p.m. is crucial because solar power generation begins to decline as the sun goes down.

The measures appear to have had success Monday. The power reserve ratio, which measures the spare capacity of electricity, rebounded to around 7.5% for the Tokyo area around 5 p.m. It had earlier been seen below 1%. Officials expected the ratio to be at about 3.9% during the same period on Tuesday.