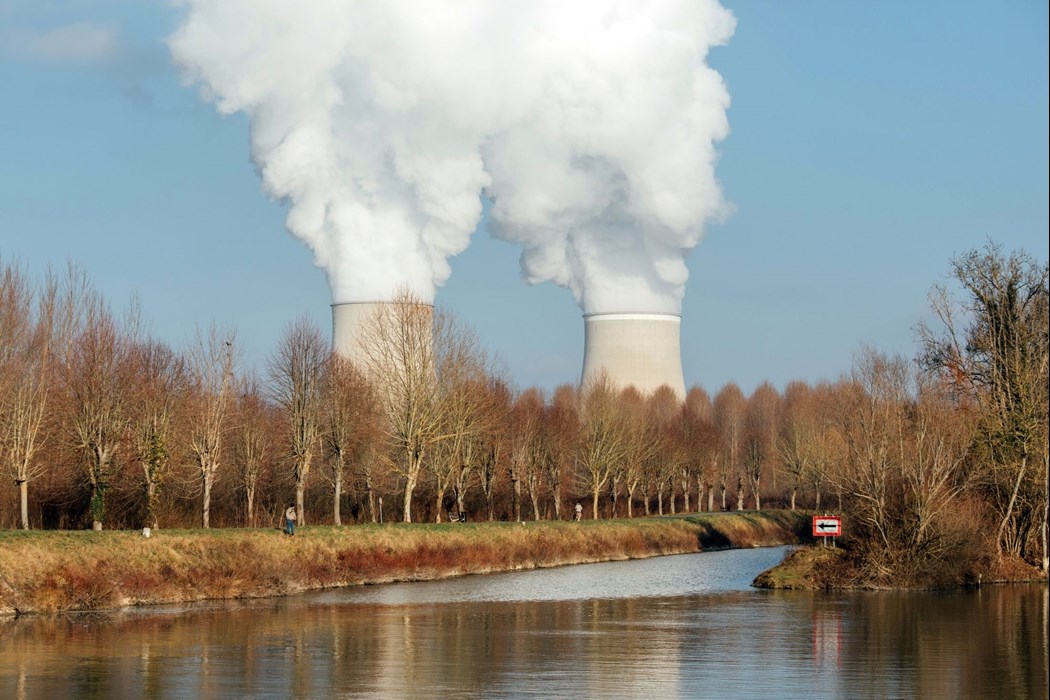 (Bloomberg) -- Electricite de France SA may have to reduce output at some of its French nuclear reactors during the summer as a drought reduces the amount of river water available for cooling.

The power-production cuts, which already happened at one plant a few times in June, would add further strain to Europe’s energy supply. France may have to import more power in coming months because about half of EDF’s 56 nuclear reactors are currently halted for repairs or planned maintenance.

The utility’s struggle is partly to blame for soaring electricity prices in several European countries, exacerbating a crisis caused by dwindling Russian gas supplies. French power for 2023 closed at 389 euros ($400) per megawatt-hour on Monday after rising more than 28% in just ten days of trading.

“We’re expecting some production cuts” to respect environmental rules as forecasters expect a “hot and dry summer,” Cecile Laugier, head of environment at EDF’s nuclear-production division, told journalists on Tuesday. “There’s a bit less water available this year” especially in the southeast of France because of a drought that has prevailed since the start of the year.

Under France’s rules, EDF must reduce or even halt nuclear output when river temperatures reach certain thresholds to ensure that the water used to cool the plants won’t harm the environment when put back into the waterways. Some waivers are available in case of a very strong heatwave, which have been used just once in the past, Laugier said.

Given their locations and cooling systems, the Golfech, Blayais, Bugey, Tricastin and Saint-Alban atomic power stations are the most prone be affected by environmental limits, Laugier said. The latter facility has already had to reduce power a few times in June. The Chooz nuclear plant near the Belgian border also has to be halted when the flow of the Meuse river falls below a certain threshold, she said.

“We’re aware that the summer could still be long,” with the possibility for rivers levels to be low by the end of September, Laugier said.