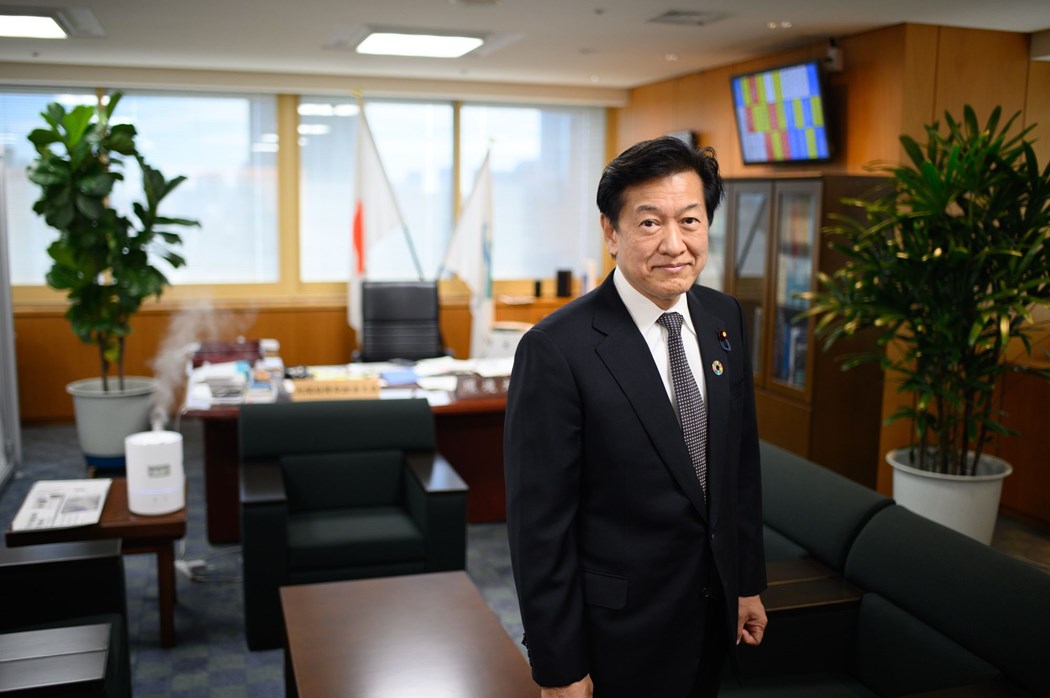 Japan needs more money to invest in innovative technology to help it achieve its decarbonization goals -- and one potential solution may be to consider a new form of sovereign debt to fund it.

(Bloomberg) -- Japan needs more money to invest in innovative technology to help it achieve its decarbonization goals -- and one potential solution may be to consider a new form of sovereign debt to fund it.

That’s the view of the country’s environment minister, Tsuyoshi Yamaguchi, who was appointed to the office in November. While other officials don’t necessarily share his vision for a different type of bond, the minister said Japan’s 2 trillion yen ($17.5 billion) green innovation fund, created in 2020, and a potential carbon tax won’t be sufficient to get to net zero.

“It’s important to share the urgency of carbon neutrality goals with the people,” he said in an interview with Bloomberg. “We need investment for future prosperity, not just for plugging in the country’s deficits.”

The minister’s remarks come as Tokyo is still ironing out details on how exactly it will achieve its climate change goals. Prime Minister Fumio Kishida has kicked off a debate for a new “clean energy strategy,” calling it a key component of his policy agenda. On the other hand, his government shelved plans to introduce a carbon tax this year, raising questions about the country’s commitment to tackling climate change.

Yamaguchi didn’t provide details on the type of debt he was envisioning. Japan and the U.S. are the only two countries in the Group of Seven that haven’t sold, or plan to offer, sovereign green bonds. Japanese companies have, however, been frequent sellers, with the country’s corporate sales doubling to a record $17 billion in 2021, data compiled by Bloomberg show.

When asked about the debate over the need for nuclear power to achieve the 2050 goal, Yamaguchi said that it was “too soon” and that the country needed to prioritize safety when restarting nuclear power plants and put renewable energy sources first.

“Europe and Japan think differently-- and the situation is very different,” he said when asked about the European Union’s move to include some gas and nuclear projects under its green taxonomy. “Fukushima didn’t happen in Europe. It did in Japan. We need to put safety first.”

Borouge partners with AGC to contribute to circular economy in UAE