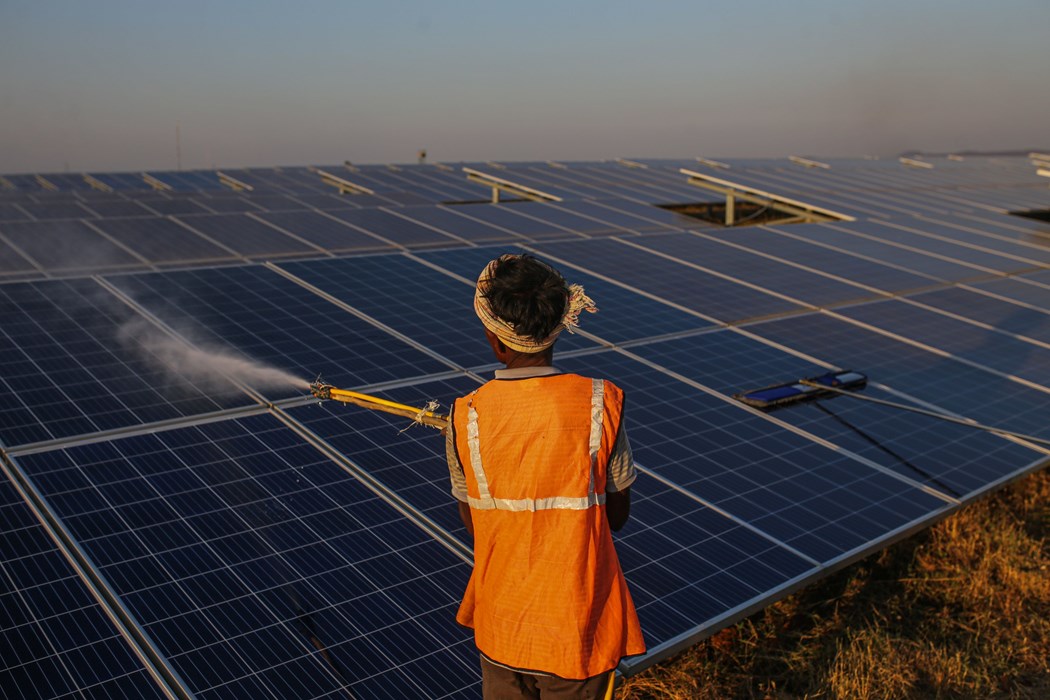 (Bloomberg) -- India plans to order consumers to use cleaner fuels and aims to establish a carbon market under legislation to bolster the country’s push to hit net-zero greenhouse gas emissions by 2070.

The world’s third-biggest emitter will seek to mandate the use of a minimum share of non-fossil fuel sources including biomass, ethanol, green hydrogen and ammonia, both for power generation or as a feedstock for manufacturing, according to a document introduced in Parliament on Wednesday. New laws would also penalize industrial operations, vehicles, ships and large buildings for not meeting energy consumption standards.

Changes to the Energy Conservation (Amendment) Bill have a “special focus on the promotion of new and renewable energy” and the country’s so-called National Hydrogen Mission, a strategy aimed at establishing India as a key global hub for development of the nascent zero-emissions fuel, according to the legislation.

The proposed policy changes come as India chases Prime Minister Narendra Modi’s target to cut 1 billion tons of carbon emissions by the end of this decade, and to reach to net-zero by 2070. They also coincide with the country’s pledge to cut emissions by 45% from 2005 levels and use non-fossil fuel sources to power half its installed generation capacity by the end of this decade.

India’s proposed new law seeks to impose penalties of as much as 1 million rupees ($12,660) on individuals or organizations that don’t comply with the new energy consumption standards. It will also allow local state electricity regulatory commissions to make regulations to implement the policies.

The reform is in line with India’s environment and sustainability commitments, said Sambitosh Mohapatra, leader for ESG, energy utilities and resources at PwC India.“It’s achievable and actionable with responsibilities clearly outlined given the progress made on Paris commitments,” Mohapatra said.

Under the changes, the federal government will issue energy savings certificates to consumers using less than the prescribed levels, while those consuming more than the mandated standards would be able to buy the certificates to ensure their compliance.

Separately, the legislation also plans to expand the governing council of India’s Bureau of Energy Efficiency, which has been mandated to appoint technical experts and make recommendations to set up a carbon trading market.