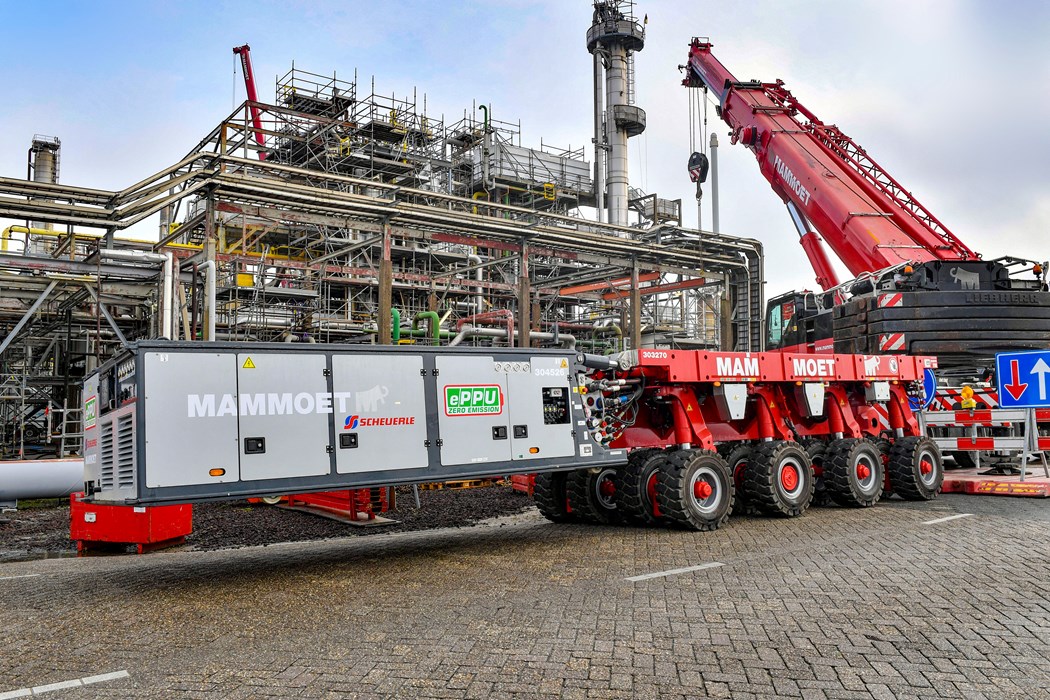 Mammoet, a Dutch company specialising in engineered heavy lifting and transport of oversized and heavy objects, said on Thursday it has replaced a production vessel at a chemical plant in the Netherlands using purely electric power.

Mammoet said it has been exploring many possible solutions in recent years such as a partnership with Scheuerle to transition its SPMT fleet from diesel to renewable energy.

The company said that the sheer force SPMTs are required to deliver in moving heavy items has presented significant barriers to finding an equivalent solution.

“The ePPU was used with four axle lines of SPMT operating in an extremely tight area of the existing plant, which meant that there were only a few meters in which to maneuver the existing vessel out and drive the new one into position,” the company said in a statement.

“The ePPU is a really important step in how we support our customers with decarbonising projects. But in this case, the benefits were not limited only to a lower carbon footprint,” said Ludo Mous, Operations Director at Mammoet Europe.

“With work taking place in a highly confined area, we would have been highly conscious of the emissions generated by a typical diesel PPU and would need to carefully manage operatives’ exposure to it. By using an electric model, we removed this issue completely, whilst also creating a much quieter working environment,” Mous explained.

The company said that the application of the ePPU signals just the beginning of an exciting development for Mammoet and the wider industry.

However, more work needs to be done to ensure electric power is sufficient for use in larger scale SPMT projects, the company said.