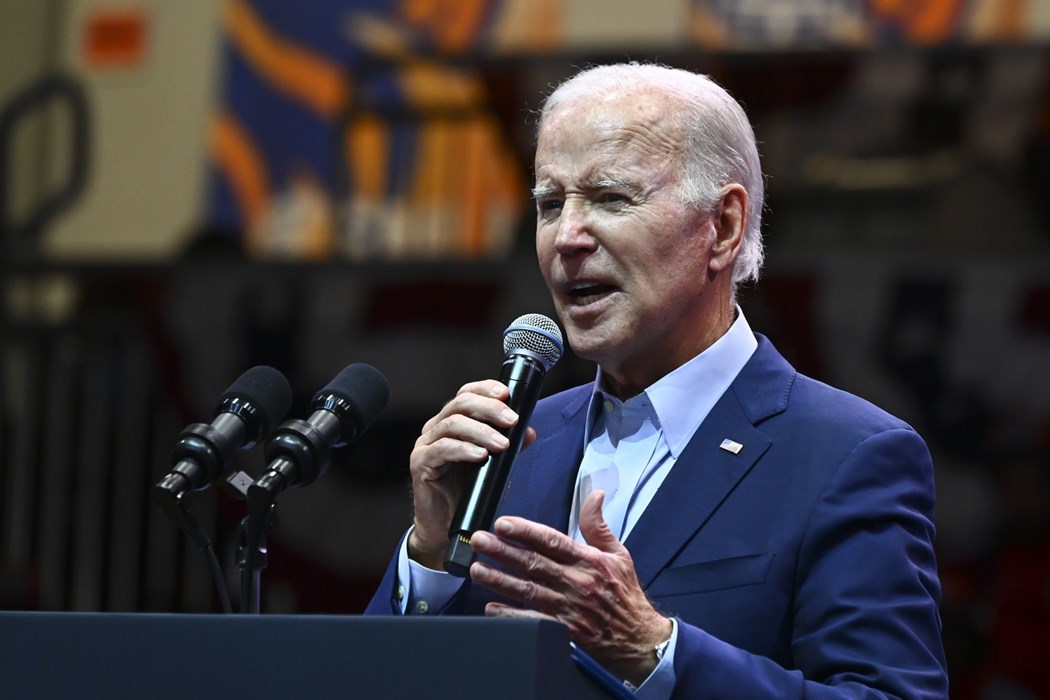 US President Joe Biden speaks during a DNC rally in Miami Gardens, Florida, US, on Tuesday, Nov. 1, 2022. President Biden is kicking off the final campaign stretch before Nov. 8 elections that will determine whether his party retains control of Congress with a visit to Florida, a state where it's become increasingly difficult for Democrats to win.

In an extended coda to the company’s earnings conference call late Tuesday, Marshall McCrea lamented what he said were “hostile” federal administrators installed to attack the energy industry, and questioned the pace of the transition to renewables, which he said threatened global energy security.

McCrea cited the White House’s initial focus on curbing drilling permits and pipeline approvals, its subsequent push to boost oil supplies after gasoline prices surged this year, and the president’s threat earlier this week to tax oil companies’ “windfall profits” unless they invest to boost production.

“I mean, my goodness, if this doesn’t seem like a sitcom or Saturday Night live skit, it’d be funny if it wasn’t so tragically sad,” he said. “I guess we’re kind of tired of being attacked in the fossil-fuel business.”

Accelerating the transition from fossil fuels to renewables has been central to Biden’s agenda. Pipeline operators stand to benefit from the Democrat’s subsidy bonanza for clean-energy projects including those involving green hydrogen, carbon capture and renewable natural gas.

Climate scientists estimate that human-caused greenhouse-gas emissions need to be cut in half by the end of the decade and eliminated by mid-century to prevent potentially catastrophic consequences.

President Joe Biden’s doubling down on his anti-fossil fuel stance has drawn criticism from oil giants including Exxon Mobil Corp., raising tensions between the industry and the White House ahead of next week’s midterm election. Democrats have struggled with the political cost of the highest diesel and gasoline prices in a decade and the threat of fuel shortages in the Northeast this winter.

At a rally in Florida on Tuesday, Biden said, “Look, Putin’s invasion of Ukraine sent gas prices soaring around the world. But because of the actions we’ve taken, gas prices are coming down here at home.”

“In the last six months, while the rest of the country was going through hell, six of the largest oil companies made more than $100 billion in profits,” he added.

“You have to remember there’s an election next week, and I think that there’s going to be a lot of rhetoric right up to that point in time,” Mark Lashier, chief executive officer of crude refiner Phillips 66, said Tuesday during a conference call with analysts.

Fierce opposition from environmental groups and Democrat-leaning legislatures has made it almost impossible for companies such as Energy Transfer to build new interstate pipelines in the US. Blocking TC Energy Corp.’s $9 billion Keystone XL project was one of Biden’s first actions when he took office in 2021.

The $6.6 billion Mountain Valley Pipeline, a conduit that is seen as crucial to boost natural gas takeaway capacity in the Northeast and is years behind schedule, will need Congress to pass permitting reform to ensure the completion of the project, the project’s developer said on Tuesday.

“Modern life with a reasonable standard of living and affordable energy is simply not possible without fossil fuels,” McCrea said. “This illogical and irrational politically-led rush to renewables will have devastating impacts on the cost, reliability and security of energy around the world as we’re seeing in Europe and other places.”

Manufacturers Push for Canadian Response to US Green Incentives