India Wants Solar Manufacturers to Bid for $2.4 Billion in Aid 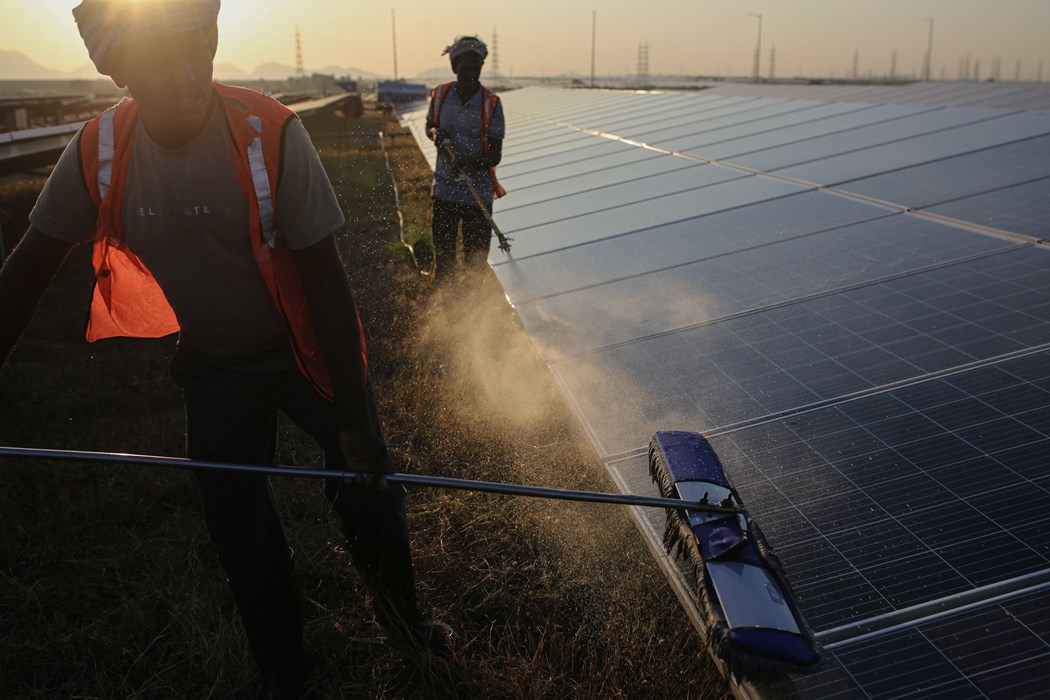 The state-run Solar Energy Corp. of India is seeking bids from solar manufacturers for 195 billion rupees of financial incentives, according to documents published on the agency’s website. The government is seeking to grow the country’s module-making capacity to as much as 90 gigawatts, enough to meet its own requirements and serve export markets.

Reliance Industries Ltd. and Adani Group, industrial giants run by billionaires Mukesh Ambani and Gautam Adani, were winners in a previous round of solar manufacturing incentives and are eligible to apply again for building additional capacity, the bid documents show.

The financial assistance is part of Prime Minister Narendra Modi’s plan to turn the nation into a manufacturing powerhouse, creating jobs and reducing imports. The focus on local production also helps India position itself as an alternative to China amid a global push to diversify supply chains in the wake of the pandemic.

Chinese companies control more than 441 gigawatts of module capacity globally, while Indian firms operate about 15 gigawatts, according to BloombergNEF data.

Priority will be given to firms that commit to setting up fully integrated manufacturing units, from polysilicon to modules, according to Seci. The agency has scheduled a pre-bid meeting with potential investors on Dec. 6 and bids can be submitted online by Jan. 9.

The latest grants follow an earlier 45 billion rupee offering for making modules. In addition to Reliance and Adani, Shirdi Sai Electricals also won assistance in that round.

What If Buying Used Clothes Was as Easy as Buying New