Green Factories Are Changing Minds in More Conservative US States 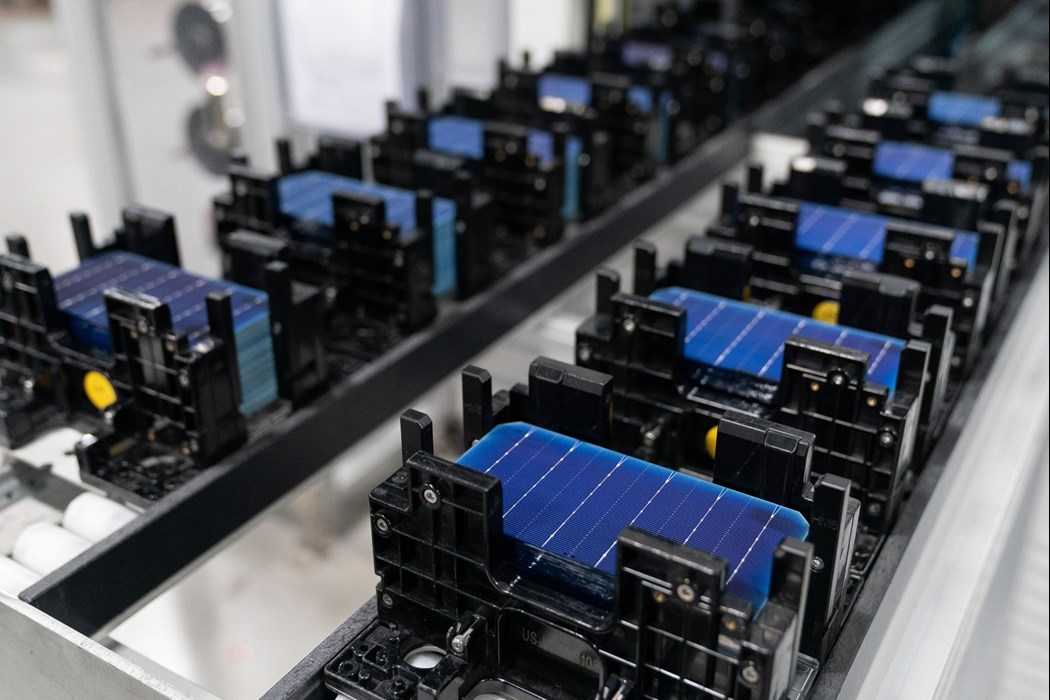 Stacks of solar cells at the Hanwha Q Cells solar cell and module manufacturing facility in Dalton, Georgia, US, on Thursday, Oct. 6, 2022. Once a stronghold of the conservative South, Georgia has emerged as both a hub of so-called cleantech manufacturing and a political swing state.

(Bloomberg) -- At least $25.7 billion in new US clean-energy factories are in the works, thanks in part to the generous subsidies in President Joe Biden’s landmark climate law. Most of these projects — and the jobs that come with them — are in traditionally conservative states.

In Dalton, Georgia, green energy hasn’t been a priority. Its Congressional representative, Marjorie Taylor Greene, has said that “Earth warming and carbon is actually healthy for us.”

But as I learned during a visit there last month, a new solar-panel factory is changing minds in the city of 34,000. Indeed, the presence of new jobs is transforming solar power into a tangible community benefit.

Analysts say there’s a lesson in that: The new jobs at these green factories may function as a political game-changer. “That may be an implicit long-term strategy for the Democrats: With domestic manufacturing likely in traditional Republican districts, the partisan split may soften on renewables,” Timothy Fox, an analyst at ClearView Energy Partners, told me.

Some Republicans in Georgia also see these factories as politically beneficial. Governor Brian Kemp, in his successful campaign for re-election, touted a surge in green jobs across the Peach State. There’s a battery plant so massive that it stretches half-a-mile along a freeway northeast of Atlanta — and more facilities are on the way. Hyundai Motor Co., for instance, just started building a $5.5 billion electric-vehicle plant near Savannah.

This phenomenon isn’t confined to Georgia. Republicans in historically conservative states in the South and Midwest that once resisted the clean-energy movement are now competing for these factories. Some are offering property-tax abatements, site-clearing and other infrastructure improvements. (It also helps that several are right-to-work states, which makes it harder for workers to unionize.)

While some Republicans in Washington have long backed wind power, the party’s embrace of clean energy is still limited. Not a single Republican member of Congress supported the Inflation Reduction Act, which features $374 billion in climate-related spending, including the perks for domestic cleantech plants. And Herschel Walker, Georgia’s Republican candidate for Senate in a December run-off election against incumbent Democrat Raphael Warnock, has opposed the law.

It’s not clear from my visit to Georgia whether emerging openness to cleantech will be a key factor in the Senate run-off. But this much was evident in Dalton: While local homeowners are less likely to install panels atop their roofs than residents in Los Angeles, where I live, solar is becoming entrenched in the community.

Dalton, a city in the foothills of the Blue Ridge Mountains, is the self-proclaimed “carpet capital of the world.” But it long lacked job diversification, leaving it vulnerable to the highs and lows of the housing market.

It finally got that with solar. Dalton now is home to the biggest solar-panel factory in the Western Hemisphere. And manufacturer Qcells, a unit of Korean conglomerate Hanwha Group, is now prepping a second plant nearby.

For Biden, the hope is that the IRA and two other infrastructure-related laws he helped shepherd will form the basis of an industrial policy that can revitalize cities across the country while also fighting climate change. Other than potential reforms to project permitting, which would expedite power lines needed to transmit wind and solar power to cities, it’s unlikely the next Congress will be as accommodating to clean energy as the one that ends in a few weeks.

As I saw in Georgia, some local economies are already benefiting from the energy transition — even if some of their elected representatives haven’t supported cleantech. For more, please see my deep dive on how new solar, battery and electric-vehicle factories are overhauling the politics of clean energy.