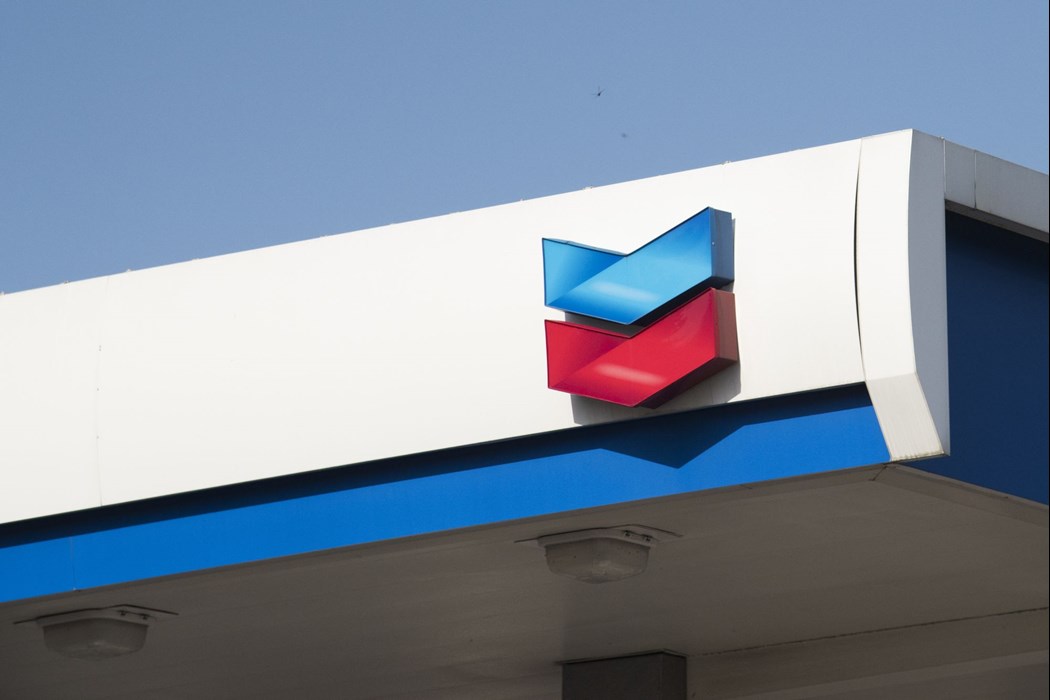 The Chevron Corp. logo is displayed at a gas station in Dallas, Texas, U.S., on Wednesday, July. 26, 2017. Chevron Corp. is scheduled to release earnings figures on July 28. Photographer: Cooper Neill/Bloomberg

The US energy company sees potential for geological formations such as those at its Gorgon liquefied natural gas facility in Western Australia to be used to store third-party emissions, according to David Fallon, the company’s general manager of energy transition for Australia.

Australia is “blessed with a set of good rocks” capable of storing the region’s emissions, Fallon said Monday at a conference organized by UBS Group AG in Sydney. Direct air capture and storage of carbon dioxide -- an emerging but expensive technology that can remove the greenhouse gas from the atmosphere -- had “real scope to provide some interesting opportunities in the future” in the long term, he said.

The producer has struggled to meet targets to capture and store its own emissions at Gorgon, one of the world’s largest carbon sequestration projects, and last year Chevron said it would need to purchase offsets to address the shortfall.

A record number of carbon capture and storage projects are in development on the back of rising carbon prices and government incentives, though they would still only mitigate less than 1% of annual emissions, the Melbourne-based Global CCS Institute said last month.

Australia had “massive opportunities” to store carbon dioxide in underground reservoirs, but the country was “not set up” for that, Mark Howthen, vice chair of the Intergovernmental Panel on Climate Change, said at the same event on Monday.

(Updates with global carbon projects in sixth paragraph. A previous version corrected the name of the project)