China’s Shandong to Build Massive Solar Farms Out to Sea 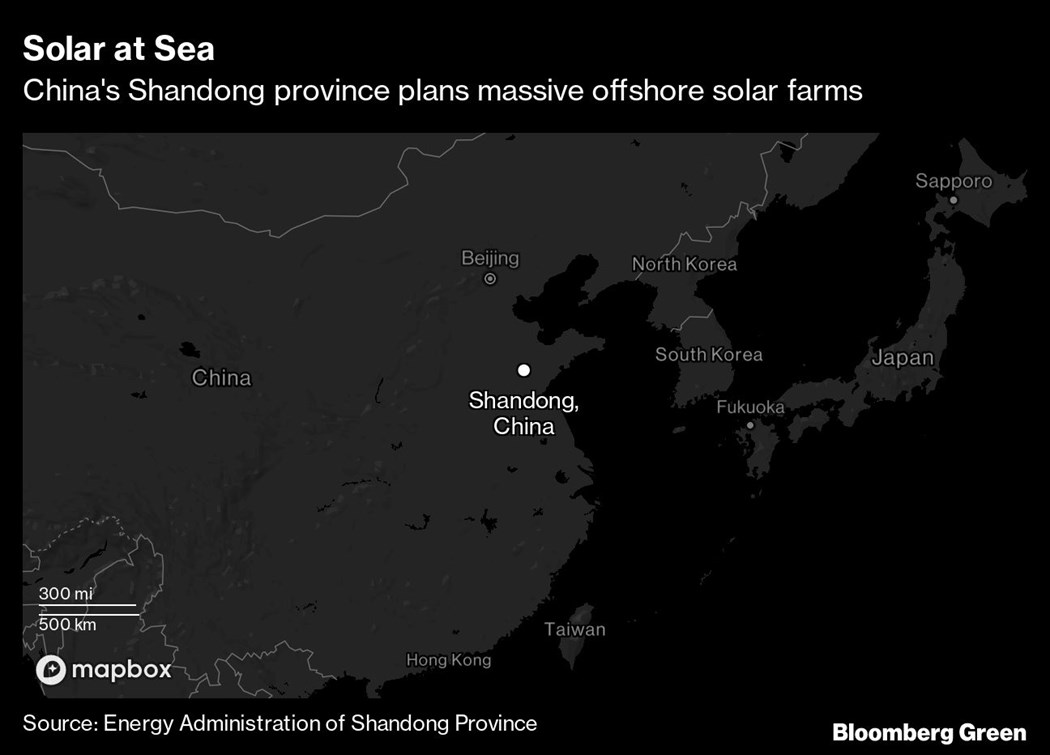 (Bloomberg) -- A single region in China plans to build enough solar farms off its eastern seaboard to power New Zealand.

Shandong province, the industrial hub south of Beijing, issued a tender on Thursday for the construction of 10 offshore solar plants in the seas surrounding China’s largest peninsula by 2025. The capacity planned is 11.25 gigawatts, more than peak consumption in New Zealand.

The feat of engineering at sea is just another example of China maximizing its geographical resources to effect a green energy transition and power its population centers on the coast. It’s also planning 455 gigawatts of wind and solar in a series of massive projects on barren and desert lands in its interior, as it ramps up clean energy to meet growing power demand and eventually get to net-zero carbon emissions.

The province, which already has the most rooftop solar installations in China, has said it could eventually build 42 gigawatts of solar and 35 gigawatts of wind power in its offshore areas. China is targeting 1,200 gigawatts of wind and solar by 2030, nearly double the level from 2020, and plans from utility giants and provincial governments show it will likely get there years early.

Shandong’s solar projects, which will start construction this year, will be located in shallow waters close to shore. They'll be attached to fixed foundations on the seabed, unlike floating solar panels, which have long been a feature of the industry. Those are usually located in reservoirs or lakes, far from the waves and salt residue of the ocean.

Emissions From London Rubbish Will Be Buried Under Norwegian North Sea