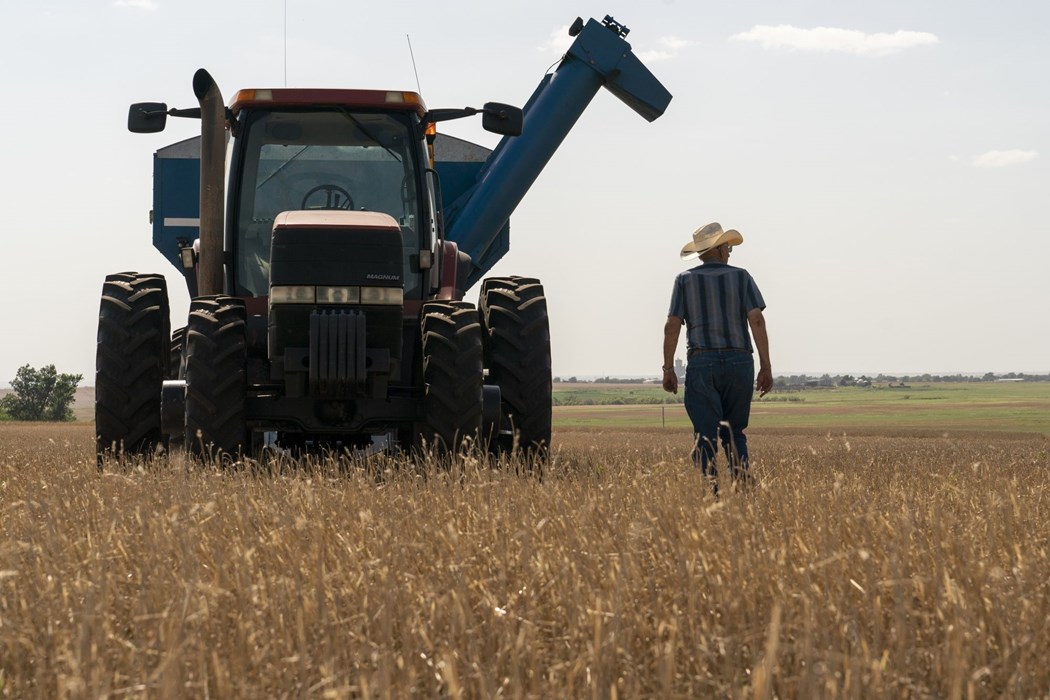 A farmer looks over a harvested field of winter wheat in Corn, Oklahoma.

The proposed bill includes $20 billion for “climate-smart agriculture practices” largely geared toward reducing carbon and nitrous oxide emissions. Lawmakers hope the added conservation funding -- if the bill is approved -- will make US farmers less reliant on nitrogen fertilizer, a large contributor to emissions that threaten the ozone and trap heat in the atmosphere.

“There’s going to be a lot more opportunity for farmers, who are the best stewards of the land, to adopt practices that will make them less reliant on chemicals, that will sequester more carbon and create a lot of other environmental benefits,” New Jersey Democratic Senator Cory Booker said in a Thursday interview. Booker, who sits on the Senate’s agriculture committee, advocated for inclusion of the farm funding in the bill.

The funding should increase approval rates for farmers applying to US conservation programs, of which less than a third are granted, said Ben Lilliston, a director at the Institute for Agriculture and Trade Policy.

“They care about their soil and want to do the right thing,” he said in an interview. “But when you speak to a farmer, it’s an economic discussion first.”