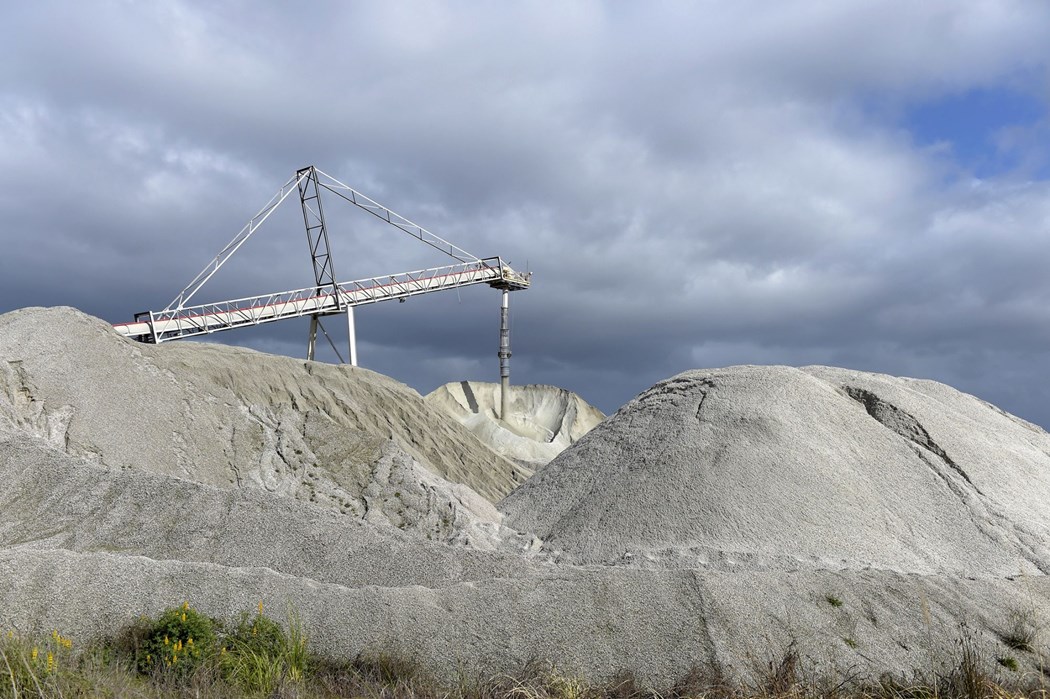 Lithium ore falls from a chute onto a stockpile at a Talison Lithium Ltd. facility, a joint venture between Tianqi Lithium Corp. and Albemarle Corp., in Greenbushes, Australia, on Thursday, Aug. 3, 2017. Rising Chinese demand for lithium-ion batteries needed for electric vehicles and energy storage is driving significant price gains and an asset boom in Australia, already the world's largest lithium producer.

(Bloomberg) -- Lithium and battery producers warned the European Union that a proposal to classify the metal as a reproductive toxin could severely hurt Europe’s burgeoning electric-vehicle industry.

The material is a key part of EV batteries and widely used in pharmaceuticals, industrial lubricants and specialty glasses. A proposal being considered by the European Commission this month would put some lithium chemicals in the highest category of reproductive and developmental toxins, based partly on human studies carried out in the 1980s and 1990s.

That may stigmatize use of the materials and cut investment in the EV sector, lobby groups including Eurobat, the International Lithium Association and Eurometaux said in an open letter to politicians. EVs play a crucial role in green efforts and automakers such as Elon Musk’s Tesla Inc. have warned that soaring materials prices and supply-chain bottlenecks threaten their rollout.

In the letter, the lobby groups raised concerns about the scientific rationale for the classification, which could lead to the chemicals being established as a “substance of very high concern” alongside severely carcinogenic and mutagenic toxins that the EU wants to gradually phase out by restricting usage.

That could undermine separate efforts to boost domestic production of lithium, which the commission designated as a critical raw material in 2020. The proposals refer to lithium carbonate, hydroxide and chloride.

“If the three lithium salts go down this path it could have significant unintended consequences in the EU, putting in question the long-term viability of lithium being produced, refined, used, and recycled” in the EU, International Lithium Association Secretary General Roland Chavasse said by email.

Categorizing the chemicals as reproductive and developmental toxins could impose higher costs on buyers and crimp producers’ margins, hindering the rationale for further investment in the industry, according to Francesco Gattiglio, director of external affairs for the EU at Albemarle Corp. The company is the world’s top lithium miner and operates a lithium chemicals plant in Langelsheim, Germany.

“While the impact to our specialty customers is unclear at this point, we do not anticipate closure of our Langelsheim plant,” Gattiglio said by email. “For sure, the classification would have a negative impact on the possibility to establish lithium conversion plants in Europe.”