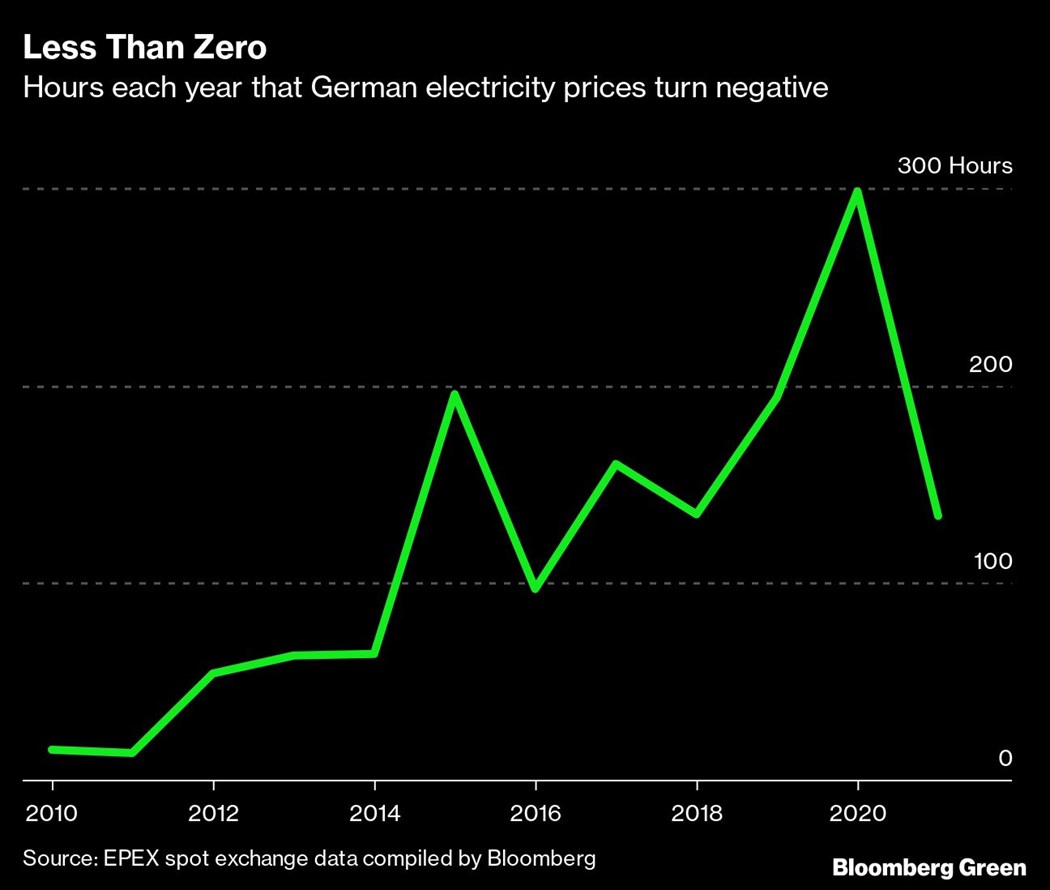 (Bloomberg) -- Scientists and investors are turning to a billion-year-old home brew to help meet Europe’s future natural gas needs and provide a way to store and deploy excess energy from solar and wind generation.

In the same way brewers use live yeast to turn sugar and starch into beer, European energy companies are relying on single-celled creatures called archaea to ferment carbon dioxide and hydrogen into methane — the main component of natural gas. The idea is to stop planet-warming emissions from escaping into the atmosphere by capturing CO₂ emitted when factories burn fossil fuels and using that to make more fuel.

The microorganisms that catalyze the process live in some of the most inhospitable places on Earth — including deeply buried gas reservoirs, where they can be fed a steady diet of industrial emissions and green hydrogen to replenish fuel reserves and store energy. From there, the methane can be injected directly into existing gas infrastructure and sent to factories, or stored underground where it effectively acts as a geochemical battery.

“Rather than using the fossil gas that comes over from Mr. Putin and others, we want to replace that and make it renewable,” said Doris Hafenbradl, managing director of Electrochaea GmbH, a German company looking to scale up the technology. “It’s a low carbon-intensity gas that we can make relatively quickly to replace the fossil version.”

The technology still requires billions of euros of additional investment to become commercially competitive. And while the process creates a renewable methane cycle — by recycling hydrogen, carbon and oxygen molecules in a closed loop — the potential for renegade emissions exists. Users of the fuel who fail to account for and capture their pollution would still be contributing to global warming.

Electrochaea, located just outside Munich, raised 36 million euros ($41 million), completing its fifth funding round this month from investors including Baker Hughes Co. and Engie SA. Electrochaea has already built demonstration plants in Denmark, Hungary and Switzerland and is working on sites where hundreds of megawatt hours of green gas can be produced by mid-decade, Hafenbradl said.

One of the most ambitious archaea projects is located near Austria’s border with Germany, where Europe’s fourth-biggest storage operator, RAG Austria AG, has been running experiments with the archaea in its gas reservoirs. The company, whose top shareholders include utilities EVN AG and Uniper SE, is planning to tap renewable energy generated in Ukraine to produce the hydrogen needed for the process. It’s a vision that will take decades to implement but will lead to a cleaner and more self-sufficient European energy system, according to RAG Chief Executive Officer Markus Mitteregger.

“We have a lot of nearby heavy industry that needs gas for heat and that produces carbon dioxide on the other end,” he said. “We can create a closed gas cycle that also captures and stores emissions.”

This month’s decision by the European Commission to grant certain gas projects, which follow sustainable guidelines, a green label should also catalyze more archaea-induced storage investment. The label has been criticized by a key expert group for supporting an emissions-producing fuel. But Mitteregger argues that the classification will help energy companies transition to lower-emission technologies using their existing infrastructure.

The use case of archaea is also supported by one of the strongest critics of the EU's inclusion of gas and nuclear power in its taxonomy. The projects are critical for the "seasonal storage of renewable energy," said Austria's climate and energy minister Leonora Gewessler. "Solar energy is converted into green hydrogen and stored in natural gas deposits."

The value of storage is already being recognized by the market, according to Alastair Syme, managing director of energy research at Citigroup Inc. in London. While last year’s wild energy price swings in Europe were largely attributed to geopolitical tension with Russia, the mismatch between renewable generation and storage capacity remains a constant threat to price stability.

“If you look at the last 12 months, you’ve had electricity prices that have swung from 20 euros a megawatt hour to 170,” Syme said. “That spread is effectively the cost of storage. Finding long duration storage mechanisms, things that have a high level of energy content, is going to be one of the plays for hydrogen.”

Still, the cost of producing hydrogen using only green energy is the biggest hurdle. Krajete, the chemist, estimated has cost about 800 euros ($900) to ferment a megawatt of gas in recent years. That's about four times more than the peak 183-euros a megawatt hour that German companies forked over in December for spot access to imported fuel.

“whose namesake company, Krajete GmbH, makes gear used to transform industrial emissions into CO₂ feed for archaeaSomething that is pre-fermented will usually be cheaper.”

New factors could soon change the calculations that make imported fossil fuel cheaper than European home-brewed gas, including he continued rapid expansion of renewables across Europe.

For example, the new German government’s green economy plan will require adding an average of more than 3 gigawatts of solar and wind annually this decade — investments that need storage to balance the electricity grid on days when the sun is shining or the wind is blowing. Rather than shutting down renewable generation, or rerouting electricity over the border, excess power can be used to generate hydrogen the microorganisms need to produce fuel.

There will also be rising demand for cleaner sources of electricity as heavy industries face higher costs for energy and carbon pollution. Krajete said home-brewed gas has the added benefit of helping those polluters recycle their emissions for the betterment of Europe’s energy security.

“All those energy intensive industries are trying to move into [greener] electricity,” he said. “But in order to to bridge the long-term storage gap, they’ll have to move toward chemistry."