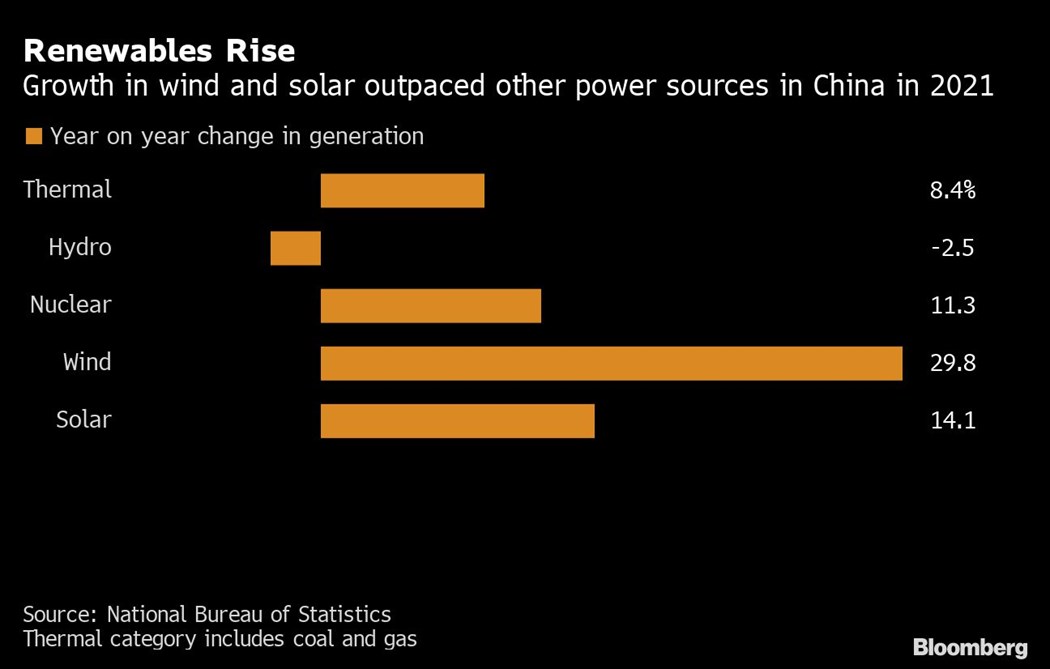 China remains as tied as ever to fossil fuels, even as it adds more renewable power than any other nation. Last year, the share of coal and gas in power generation was stuck at 71%, the same as 2020.

(Bloomberg) -- China remains as tied as ever to fossil fuels, even as it adds more renewable power than any other nation. Last year, the share of coal and gas in power generation was stuck at 71%, the same as 2020.

The world's biggest polluter wants to peak its carbon emissions by the end of the decade, and hit net-zero by 2060. But for all of the country's headway in expanding clean energy capacity, last year's economic growth of 8.1% basically meant that more output across all of its power sources was required to keep the lights on.

When it comes to power generation, which accounts for most of its emissions, China's on a treadmill that leaves it sprinting just to stand still. And the dirtiest fuel, coal, remains its main source of energy. 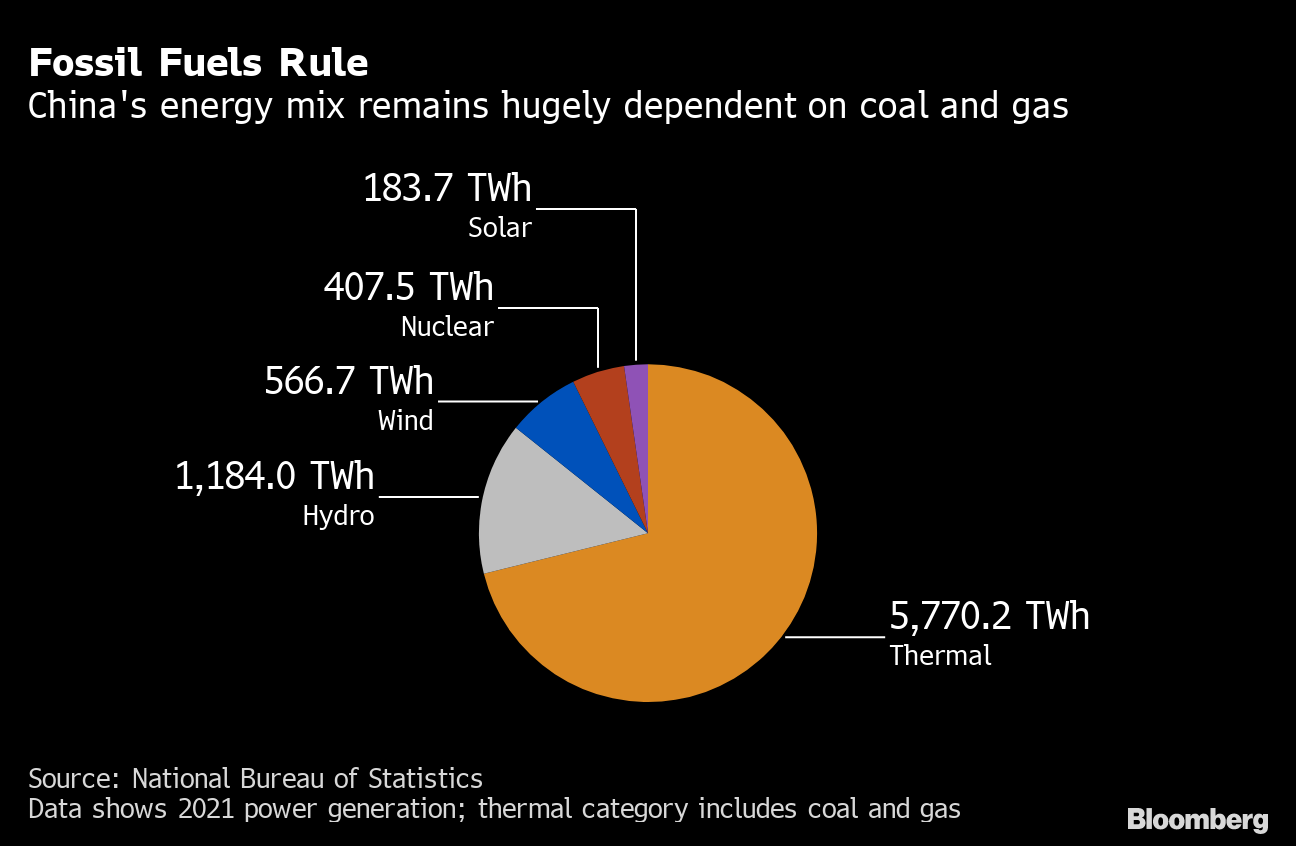 The unprecedented power crunch that struck in the second half of last year created its own demands. China's government was forced to raise both coal output and imports to record levels. The longer-term priority of switching from coal to natural gas meant that production and purchases of the cleaner-burning -- but still carbon-spewing -- alternative also rose to all-time highs.

Along with India, another coal-dependent economy, China pushed negotiators at November's COP26 climate talks to dilute a call to accelerate the phase-out of unabated coal power to a weaker pledge to phase-down use of fuel.

Thats not to say that the energy mix isn't changing. Growth in nuclear, wind and solar all outpaced the increase in total power generation, which was also at 8.1%. Only hydro disappointed, although that accounts for most of China's renewable power and additions are waning as the industry struggles to find suitable new locations for giant dams. 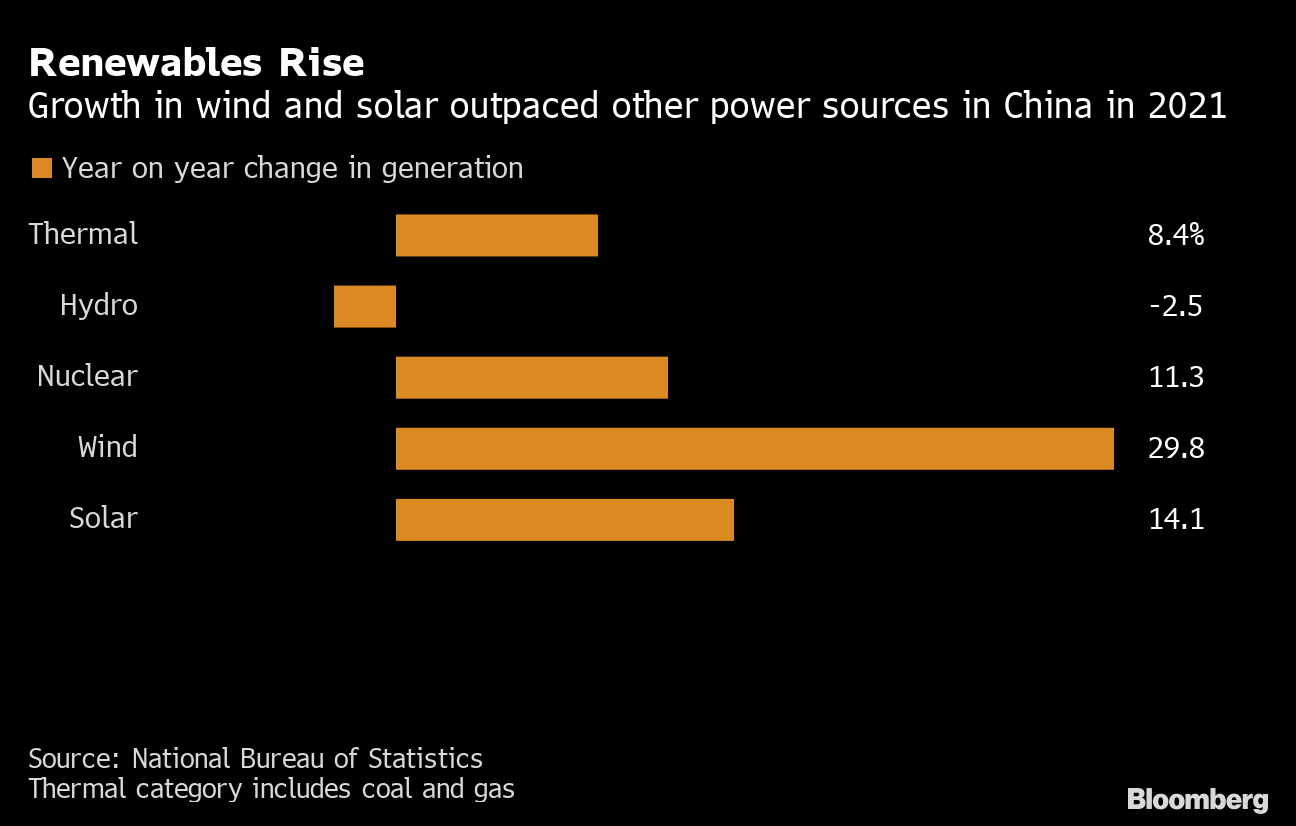 President Xi Jinping's grand ambitions to construct vast clean energy hubs in the nation's interior point to further growth in solar and wind in the years ahead. Almost as important will be a build-up in nuclear power that could include as many as 150 new reactors.

UAE's nuclear plant can save 22.4 million tons of carbon emissions