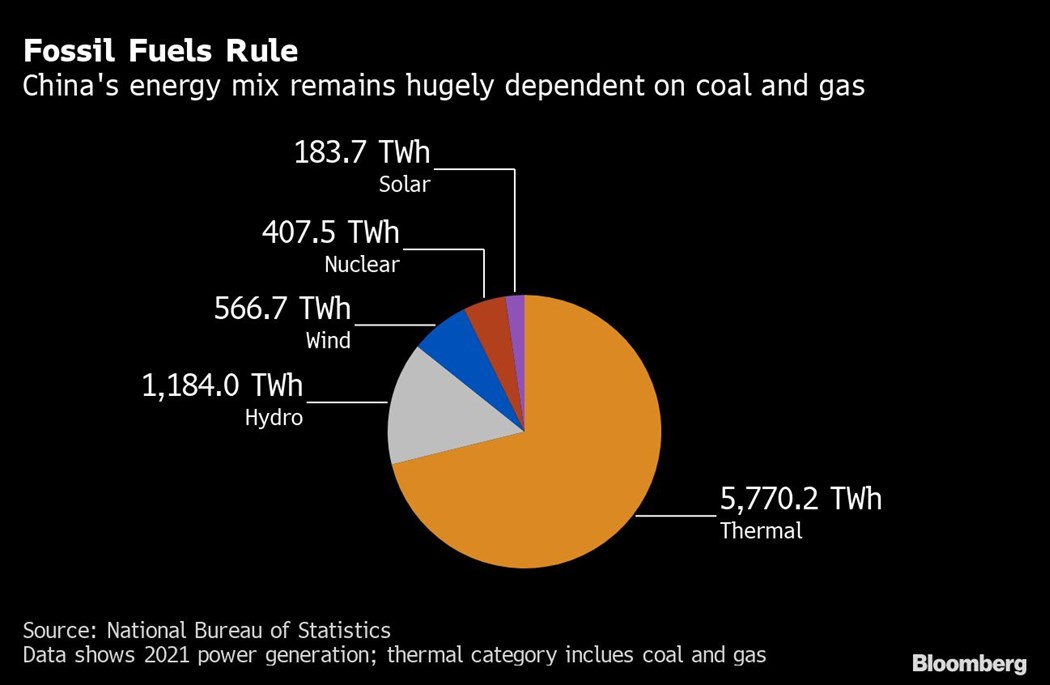 A total of 53 gigawatts of solar capacity was built in 2021, close to the all-time high set in 2017, with more than half coming from rooftop installations, according to the National Energy Administration.

China now has 108 GW of rooftop solar, more than anywhere else, after adding 29 GW in 2021, the NEA said. Most of the extra capacity was installed in the fourth quarter as developers rushed to meet a subsidy deadline.

At the same time, larger scale installations have stuttered due to high costs and project delays. China’s main industry body had estimated earlier in the year that total additions in 2021 could reach as high as 65 GW, before it was forced to cut its forecast.

But the solar group expects growth to accelerate in 2022 to more than 75 GW, smashing the previous record. It’ll be driven by the creation of massive clean energy hubs in the interior of the country as well as the government’s support for residential solar.

Even after the subsidy has lapsed, urban installations should continue to bolster growth. Local authorities are now allowed to reduce costs by buying in bulk, while a pilot program launched last year to improve uptake attracted hundreds of cities and towns. By the end of 2023, participants will be expected to install panels on 50% of the available area at government buildings, 40% at schools and hospitals, 30% for industrial buildings and 20% for rural households.

Shandong in eastern China has shown the most enthusiasm for rooftop solar, adding more than 12 GW in the past two years. But the province now has so much capacity that the authorities are considering curtailing supply during periods of low demand over the Lunar New Year, according to local media.

(All times Beijing unless noted)

China is as reliant as ever on fossil fuels. Last year, the share of coal and gas in power generation was stuck at 71%, the same as 2020. For all of the headway it’s made in expanding clean energy, China’s growing economy meant that more output from all of its energy sources was required to keep the lights on. And coal, the dirtiest fuel, is still the mainstay.

China is nearing the end of a two-year investigation into the oil industry that’s reverberated across the sector as it embroiled the biggest state-run company down to a host of smaller independent refiners.

China’s central bank set its strongest reference rate for the yuan in three years in a sign it’s loosening its grip on the currency amid a relentless rally.

China, the world’s biggest buyer of liquefied natural gas, kicked off an unprecedented effort to resell its supply, alleviating global fuel shortage fears that have sparked record prices this winter.

(Corrects the total capacity figure in the 2nd paragraph)