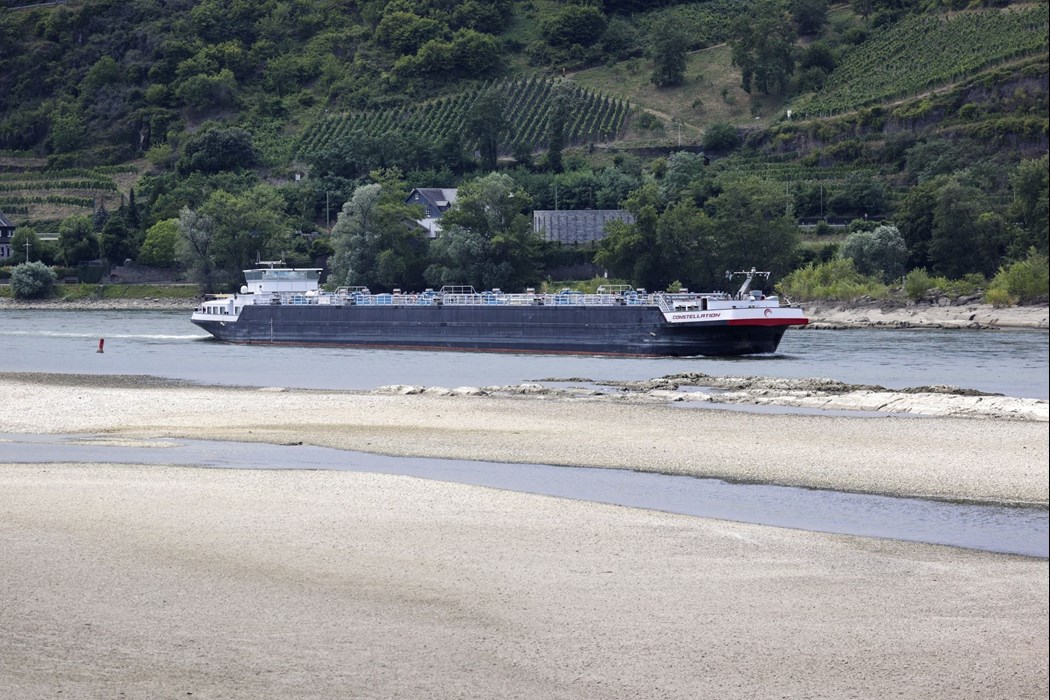 The tanker Constellation sails along a channel past dry banks on the Rhine River near Oberwesel, Germany, on Thursday, July 14, 2022. A heatwave has sent levels on parts of the river, key for shipping everything from coal to oil, to the lowest in at least 15 years on a seasonal basis.

(Bloomberg) -- Uniper SE warned of “irregular operation” at a key coal-fired plant in Germany as the company struggles to get fuel supplies along the Rhine River.

Water levels on the Rhine have fallen so low that the river may effectively close soon. Uniper’s 510-megawatt Staudinger-5 plant has limited volumes of coal on site and can’t easily get more, the company said in a filing.

Europe is already facing its worst energy-supply crunch in decades as Russia curbs natural gas supplies. The restriction of movement on the river, exacerbated by climate change, could disrupt the flow of everything from fuel to chemicals as governments try to prevent the energy crisis from tipping the region into recession.

Uniper expects the limitations to last until September, leaving just a few weeks before the start of the colder months, when coal will be needed to help plug the gap left by dwindling supplies of gas from Russia.

Low river levels are also impacting nuclear plants in France. A heat wave is pushing up water temperatures, limiting the ability of Electricite de France SA to cool some facilities.

The French utility said that power stations on the Rhone and Garonne rivers will likely produce less electricity in the coming days, but there will be a minimum level of output to keep the grid stable.

Power plants typically need cooling water that’s usually brought in from a nearby river or the sea before it’s returned, often at a higher temperature than when it came in. There are limits on how warm the water can be in order to protect fish and other aquatic life.