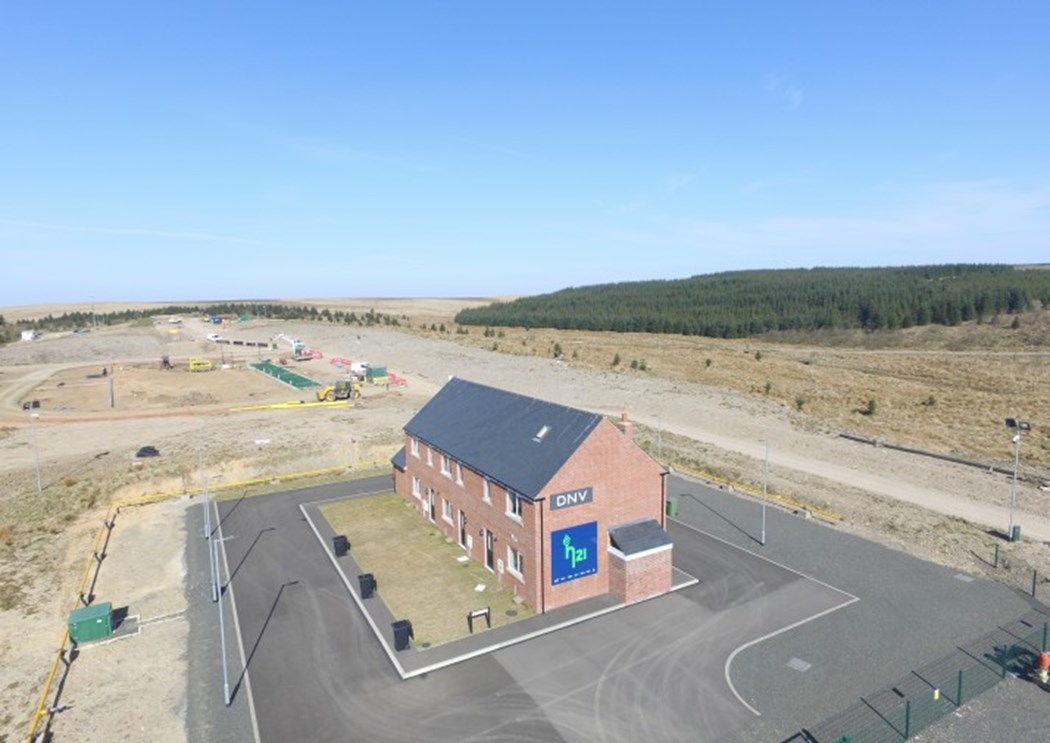 The Hydrogen Taskforce has welcomed global risk management and quality assurance services firm, DNV, to join its coalition of UK organisations operating and innovating in and across the hydrogen sector.

DNV will bring its extensive experience in managing low-carbon hydrogen and other sustainable energy value chains to the Taskforce.

DNV is the independent expert in assurance and risk management to global industry including the energy, maritime, automotive and aerospace, food and beverage and healthcare industries.
Its work in support of hydrogen’s use as a clean fuel for homes and businesses extends around the world. The organisation is supporting major projects on the safe use of hydrogen as a fuel carrier in the UK through the H21, FutureGrid and H100 projects in association with National Grid, Northern Gas Networks and SGN; and in addition in the EU, North America, Norway and Australia.

The Taskforce has been advising the Government on hydrogen policy following the publication of its report - The role of hydrogen in delivering net zero - in March 2020.

It is working closely with key stakeholders in Government to ensure that the forthcoming UK Hydrogen Strategy is reflective of the ambition of industry in the UK. The strategy expected to be published in the Summer and will set out the UK’s trajectory in hydrogen.

DNV is the latest organisation to join the Taskforce, as the membership diversifies and expands. DNV’s expertise will support the analysis the Taskforce provides to the Government and inform the ‘Building a Hydrogen Society’ campaign that will highlight the importance of hydrogen as part of the future energy mix.

The firm will play a significant role in meeting the UK’s hydrogen ambitions, creating green jobs, and ensuring the UK reaches its net zero targets by 2050.

Earlier this year, the Taskforce welcomed the Prime Minister’s commitment to develop 5GW of low-carbon hydrogen production capacity by 2030, and the announcement of £240 million to support this vision.

The Taskforce has been providing evidence to the Government on how hydrogen can support the UK’s economic recovery, post-COVID-19. Its landmark economic impact assessment, published in August 2020, forecasted that hydrogen could be worth up to £18bn to the UK and create 75,000 jobs across the UK economy by 2035.

At DNV’s Research and Development facility in Cumbria, advanced work is being undertaken on behalf of the H21 and FutureGrid partners focussed on the safe use of hydrogen, critical to unlocking its potential in a clean energy future.

Commenting on DNV joining the Hydrogen Taskforce, Hari Vamadevan, Regional Director UK & Ireland with DNV’s Energy Systems said: “We have, for a number of years partnered with many of our fellow members of the Hydrogen Taskforce and are driven by the same priorities, so we are pleased to join the body with a focus on providing vital analysis on the work being undertaken by its stakeholders. At DNV, we continue to test and evaluate the options available to convert existing networks to carry hydrogen at our world-leading R&D facility in northern England, supported by our consultants developing the commercial, regulatory, technical and safety case for hydrogen’s use as an energy carrier and as the fuel of the future."

Gareth Morrell, Co-lead on the Hydrogen Taskforce Secretariat and Head of Insights at Madano added: “The Hydrogen Taskforce is a trusted advisor to the UK Government on hydrogen. Its members work across the breadth of the hydrogen value chain and are, therefore, ideally positioned to provide industry’s perspective on this sector. DNV’s position as a technical advisor to the hydrogen economy will support the Taskforce deliver its shared goal to decarbonise the UK, level up the regions and drive innovation. DNV joining the Taskforce will add their significant experience and expertise to this coalition’s work engaging with the UK Government, which is currently devising a UK Hydrogen Strategy.”