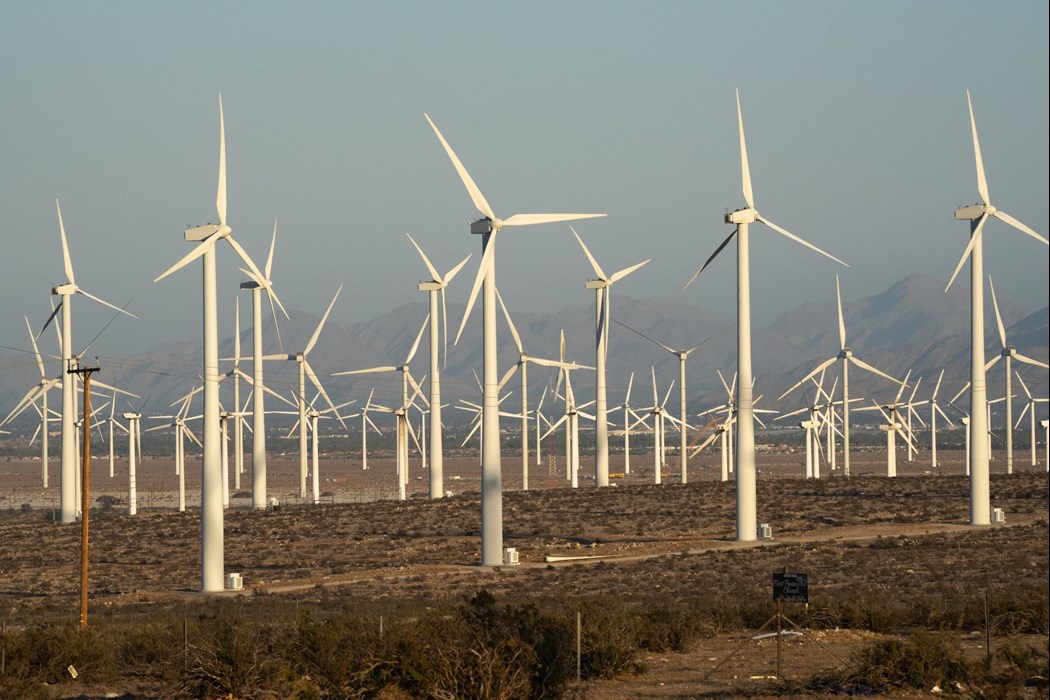 (Bloomberg) -- Investors face an historic opportunity to put their money into renewable energy assets given the global consensus that now exists around the urgent need for decarbonization, according to Brookfield Asset Management Inc.

(Bloomberg) -- Investors face an historic opportunity to put their money into renewable energy assets given the global consensus that now exists around the urgent need for decarbonization, according to Brookfield Asset Management Inc.

“The market opportunity is truly massive,” Connor Teskey, chief executive of renewable power and co-head of transition investing at Brookfield, said at the Bloomberg Sustainable Business Summit on Thursday.

The transition from old to new energy forms has investors everywhere placing bets on which technologies will emerge as the dominant power forms in an era dedicated to eliminating hydrocarbons and fighting global warming. Estimates of how much is needed to eradicate greenhouse gases over the next three decades range from $100 trillion to $150 trillion.

“The majority of that capital is going to need to come from private capital,” Teskey said. “Public government balance sheets simply cannot sustain that level of investment. But the private markets absolutely can.”

While the stakes are high, so are the potential rewards. “Given the very attractive commercial opportunities in investing in renewables and investing in transition, we would expect that that capital does show up from the private sector and shows up in spades,” Teskey said.

Chief Executive Officer Bruce Flatt said on Wednesday that the amount raised “could have been more,” but the firm capped the size of the fund, indicating “the interest in transition investing.”

Speaking at the Bloomberg summit, Michael O’Leary, a managing director at investment fund Engine No. 1., said investors need to play a greater role in holding companies to account on their sustainability claims.

In May, Engine No. 1 successfully pressed for three climate-friendly directors to be added to Exxon Mobil Corp.’s board, in one of the most stunning upsets for a shareholder vote.

Many executives say it’s important for them to serve their workers, communities and the environment, but they aren’t always matching that rhetoric with transforming their companies in the way that’s needed, according to O’Leary.

“Every company is now making the same pledges,” O’Leary said. While accountability will come from regulators and standard setters, “accountability through investors is ultimately where the buck stops,” he said.

O’Leary said climate change is increasingly becoming a “big tent” issue among investors, citing how almost a dozen climate-related resolutions passed during the past proxy season, compared with none two years ago.

As investor sentiment shifts, global banks are also increasingly trying to show shareholders that they’re embracing more climate-friendly business models, though the data suggest some have a long way to go.

Wells Fargo & Co. is among the U.S. banks that have committed to achieving net-zero greenhouse gas emissions. For now, the company ranks as the largest provider of loans to fossil-fuel companies since the Paris climate agreement in late 2015, according to data compiled by Bloomberg.

“We’re working across the enterprise, from our lines of business to our risk organization to our own operations, to really integrate climate change and sustainability into the culture of the company,” said Mary Wenzel, Wells Fargo’s head of sustainability and ESG integration, speaking at the summit. The goal is to be “a leading voice on addressing climate change, and working and collaborating to develop solutions to climate change,” she said.

As an example, Wenzel pointed to Wells Fargo having established an energy transition group to work with clients.

(Adds comments from other speakers at the summit)