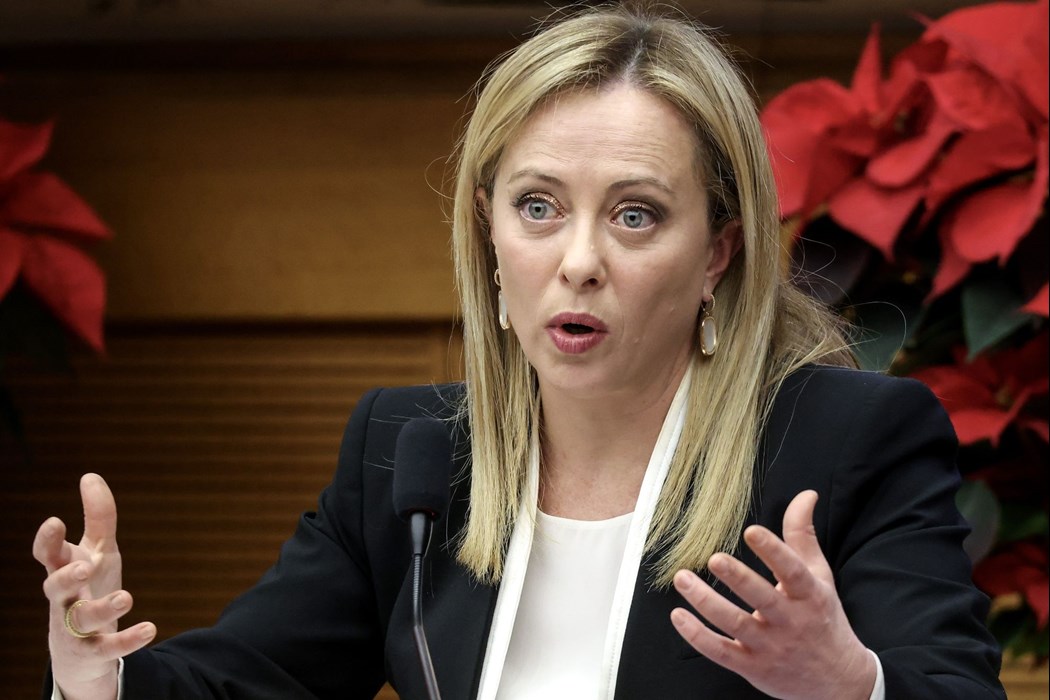 Giorgia Meloni, Italy's prime minister, speaks during her first year-end press conference in Rome, Italy, on Thursday, Dec. 29, 2022. The US and Italy joined an increasing number of nations requiring Covid tests for travelers from China, with concerns mounting over the risk of any new variants emerging from the surge in infections in the country of 1.4 billion.

(Bloomberg) -- Giorgia Meloni will travel to Algeria this weekend, as Italy seeks more natural gas from the African country.

Italy is trying to bolster its energy security and wean itself off Russian supplies following Moscow’s attack on Ukraine. Algeria is an increasingly important source of gas for the European Union’s third-biggest economy.

The prime minister will visit Algiers on Sunday and Monday.

Italy will have enough gas to make it through the 2023-24 winter without disruptions if it can increase imports from Algeria, Claudio Descalzi, chief executive officer of Eni SpA, said in an interview last week.

He previously said Algeria will supply 38% of Italy’s gas needs this year, as much as Russia did before it cut flows to Europe in retaliation against war sanctions.

Before the invasion, Algeria was Europe’s biggest gas provider after Russia and Norway. It sends both liquefied natural gas and piped flows to the continent.

Meloni’s predecessor, Mario Draghi, worked last year to improve ties with Algeria and other African energy producers such as Egypt. He visited Algiers twice and signed a deal under which the Algerian government said it would boost gas exports to Italy by 50%.

Algeria has some of Africa’s largest oil and gas reserves, but production has long been held back by mismanagement and a lack of investment.