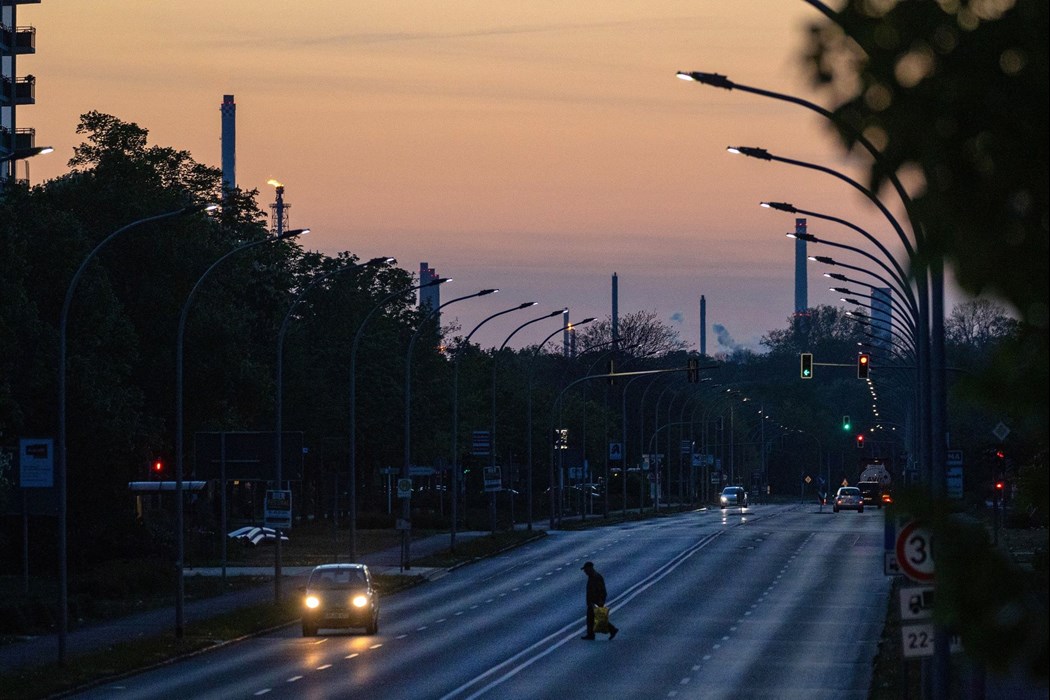 Flare and chimney stacks at the PCK Schwedt oil refinery, operated by PCK Raffinerie GmbH which is controlled by Rosneft Oil Co., on the horizon in Schwedt, Germany, on Monday, May 9, 2022. A plan to ban Russian oil imports by the end of the year threatens to choke off supplies to the facility in the small town of Schwedt, which would cripple Berlin and much of eastern Germany in the process. Photographer: Krisztian Bocsi/Bloomberg

(Bloomberg) -- Mild weather across Europe in recent weeks is setting the region up to avoid a natural gas shortage for winter this year and next, according to Trafigura Group, one of the world’s biggest commodity traders.

Europe’s gas inventories are likely to drain by roughly two-thirds this winter, provided there’s regular weather and Russian flows continue through Ukraine, said Trafigura Chief Executive Officer Jeremy Weir. That means the region will be able to survive the upcoming winter period, and could have enough of a fuel buffer to help avoid a crunch next year too, he added.

“Should that be the case, we may not have so much of a problem the following winter, which was actually the real concern,” Weir said at the Financial Times Commodities Asia Summit in Singapore on Wednesday. “Jury’s out, but I think a significant problem has been alleviated.”

Exceptionally mild weather across Northwest Europe since October has led to a sharp drop in gas prices from record levels over the summer. The region has also raced to refill inventories and import shipments of liquefied natural gas, a super-cool fuel that’s transported via ships rather than pipelines.

We’ve got a situation where “we’ve got very robust storage of gas in Europe,” Weir said. “We were very worried about energy prices and that’s been abated.”

Government and utility officials have warned that Europe faces an acute gas shortage next winter, when the global energy crisis is expected to peak. Russia has essentially halted gas deliveries to Europe, which will make it more challenging for the region to refill inventories.