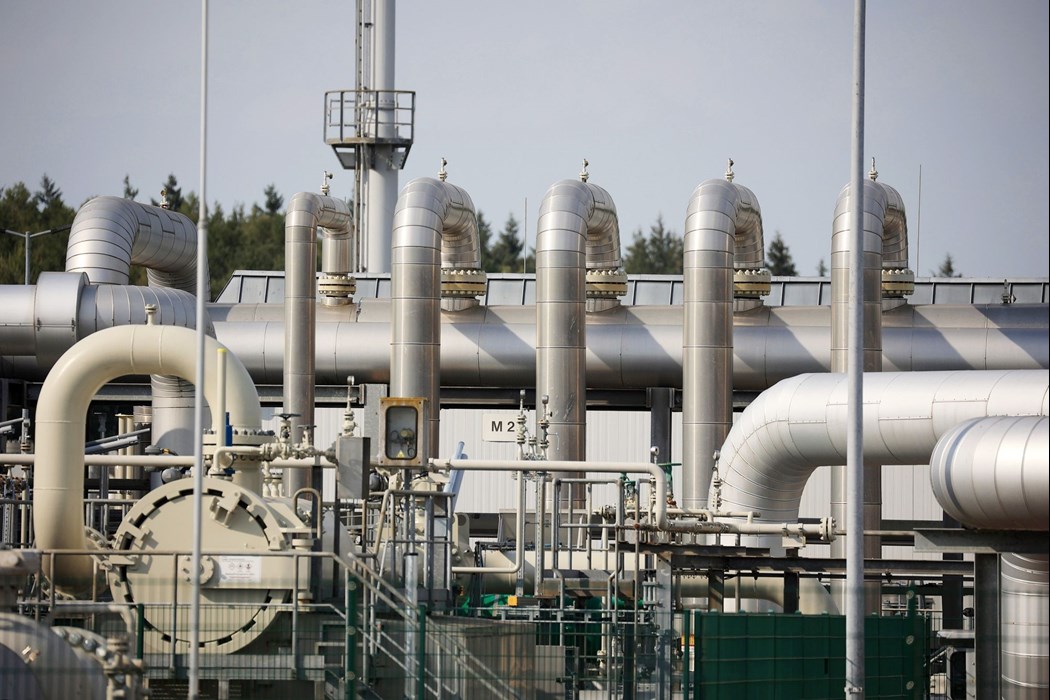 Pipework at the natural gas storage facility operated by Astora GmbH & Co KG, one of the largest in Western Europe and formerly controlled by Gazprom Germania GmbH, in Rehden, Germany, on Tuesday, Aug. 23, 2022. Astora, a former unit of Gazprom Germania GmbH now named SEFE Securing Energy for Europe GmbH, is seeking relief from a levy to share the burden of higher gas prices with consumers, according to a person familiar with the situation.

(Bloomberg) -- The European Commission is set to propose an emergency break on natural gas prices to prevent excessive spikes, as it seeks to limit the damage to the economy from Russia’s continuing squeeze on energy.

After months of wrangling and fraught negotiations, the commission has drafted a regulation to propose a cap level of 275 euros per megawatt-hour, according to a document seen by Bloomberg News. That’s well above current levels of about 120 euros, but below the spikes the continent suffered in the summer.

The tool will be triggered if futures on the Dutch Title Transfer facility exceed that level for two weeks and the gap between TTF and liquefied natural gas prices is greater than 58 euros during the last 10 trading days.  The commission is due to present it later on Tuesday, and discussions are ongoing.

The proposal still needs approval from national governments but comes after months of lobbying by some member states to act to rein in energy costs that have proved ruinous for swathes of the European economy. While prices have eased in recent weeks, Moscow threatened on Tuesday to further squeeze gas flows to Europe, raising the prospect of another spike in prices.

Prices jumped on the news from Russia earlier, and later trimmed those gains after the action from Brussels.

Europe has been split on how to tackle the crisis and has struggled to come up with measures all members can get behind. As the bloc hesistated, Germany moved ahead with its own program to cushion consumers, angering neighbors who called for a united approach.

The EU has already moved to curb demand -- with mostly voluntary targets -- and has designed measures so that governments can use windfall taxes on companies to ease the burden on households. But it has so far failed to implement any kind of cap despite months of summits and negotiations.

Nations led by Italy, Poland, Greece and Belgium demanded action by the commission before a decision on a broader package to rein in soaring gas prices scheduled for Thursday. The bloc’s heads of government last month unanimously called on the executive to propose measures including a temporary “dynamic price corridor” on gas transactions.

The commission -- which drafts legislation in the bloc -- has been aware of the risks that capping prices might pose to the security of supply, just as nations are seeking to replace Russian gas with other sources. Germany has also voiced such concerns.

The proposal is set to be first discussed by energy ministers at their emergency meeting in Brussels on Thursday. National governments have the right to propose amendments to the regulation.