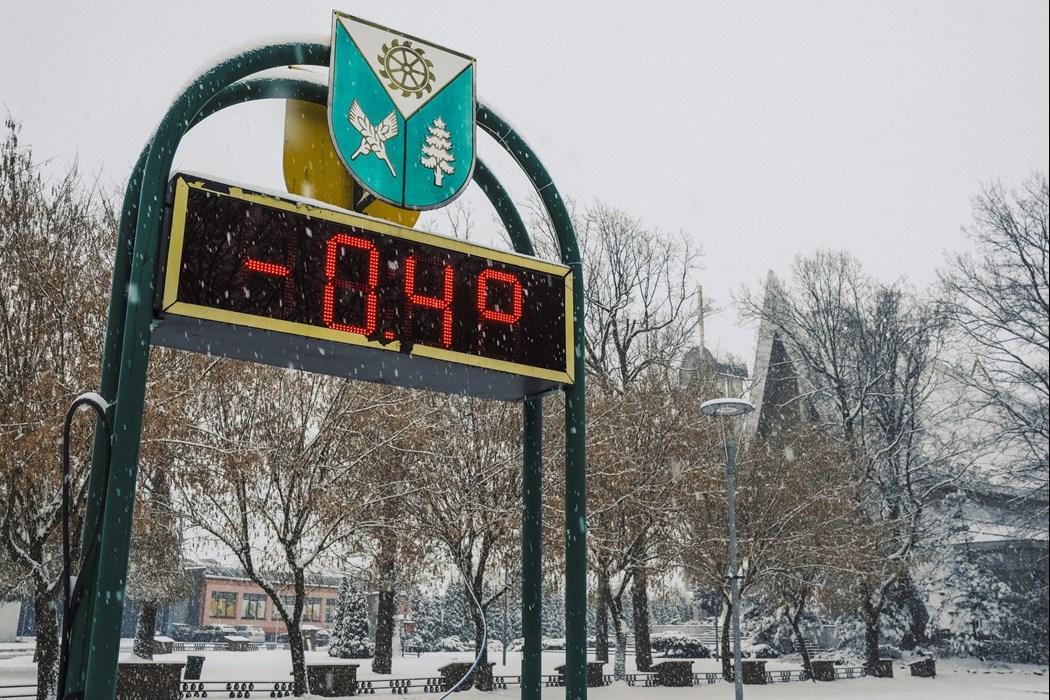 An outdoor thermometer reads -0.4 degrees centigrade in a village near the open cast lignite mine outside Belchatow, Poland, on Thursday, Nov. 24, 20212. Poland's use of coal makes it an outlier among the 27-member European Union, the country of 38 million people accounts for 77% of all the households in the bloc that still use coal for heating. Photographer: Damian Lemański/Bloomberg

(Bloomberg) -- Northern Europe faces freezing temperatures for the next two weeks, with an expected jump in heating demand adding pressure to the region’s stretched energy systems.

Nordic countries will feel the brunt of the cold snap, with a low of -9.5C (14.9F) in Oslo expected next Tuesday, forecaster Maxar Technologies Inc. said in a report. Arctic air will also sweep across the UK and Germany, with temperatures in London sinking to 7.7C below the seasonal average on Monday.

“There is a high probability of spiking prices during Monday morning and afternoon peak hours, both in UK and continental Europe,” said Bengt Longva, an analyst with StormGeo-Nena AS in Oslo.

Europe’s power traders have been on edge for months, with lengthy shutdowns at multiple French reactors adding strain to supplies in France and neighboring countries. Wind power generation will also play a crucial role in determining prices as winter rolls in, with calmer conditions tightening the market further.

Wind output will likely “return to relatively low levels for the year in the next couple of days, but remains higher than what we saw Monday/Tuesday last week,” said Fabian Ronningen, an analyst at Rystad Energy AS.

German wind generation is forecast to peak at 22,175 megawatts at 9 a.m. this Wednesday, but is currently just over 3,000 megawatts, according to European Energy Exchange AG data and Bloomberg models.

The cold spell won’t stretch across the whole continent, with southern Europe continuing to see unseasonably mild weather. Temperatures in Madrid are expected to hit 5.3C above normal on Tuesday next week.