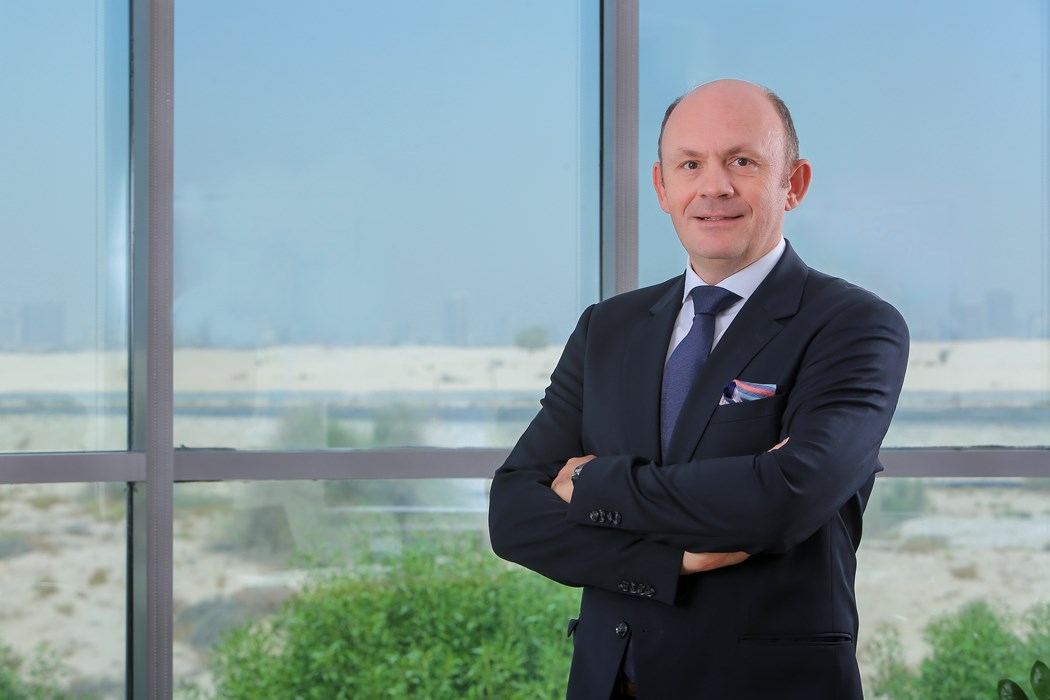 The global energy industry is at the beginning of a great journey, and the first mover advantage in the transition belongs to companies from the region, a top executive of Wärtsilä told Energy Connects.

“The UAE and Saudi Arabia are the key players in that role – with projects and companies ranging from NEOM to ADNOC,” Alexandre Eykerman, Managing Director and Energy Business Director, Middle East, Wärtsilä Gulf, told Energy Connects in an exclusive interview at the Finnish pavilion at Expo 2020 Dubai.

“It is clear that the UAE is pushing towards renewables. Any oil major will contribute dramatically to the energy transition. They have the knowledge, they have the experience, they have the money - they can bring the journey much closer than we expect. So, it is important to support them because they are the ones to lay the first stone. They did it with gas, they did it with heavy fuel oil, and they will do it with hydrogen. I am convinced this is a key role to be played by ADNOC, Aramco and others in the region,” he added.

Minerals projects in the GCC

Within the dynamic energy sector, companies with a proven track record of optimising power generation and energy storage solutions are playing a major role in enabling the sustainable production of minerals globally, thereby helping the world decarbonise faster, Eykerman said.

One of the best examples of that, according to the executive, is in Saudi Arabia – where at the height of the Covid-19 pandemic in 2020, the technology group signed an agreement to supply a 45 MW power plant to the largest gold project for the Saudi Arabian Mining Company.

“During Covid-19, we were blessed that we were able to finalise an agreement in Saudi Arabia for a project at Mansourah-Massarah for the Saudi Arabian Mining Company (Ma’aden), that is estimated to produce an average of 250,000 ounces of gold per year over the projected 12-year life of the mine,” Eykerman told Energy Connects.

The Mansourah-Massarah plant marks the first new build energy project in Saudi Arabia to utilise a hybrid of engine technology and solar electricity, and Wärtsilä has been tasked with installing six power engines – working in close coordination with project contractor Larsen & Toubro and EPC contractor Outotec.

The project is part of Saudi Arabia's Vision 2030 which aims to diversify revenue for the Saudi economy by moving away from oil, with a primary focus on mining underexploited resources such as gold.

Ma’aden required a power generation solution that would enable integration of renewable energy in order to reduce both emissions and fossil fuel use. The Finnish technology company stepped in to provide engineering and equipment (EEQ) along with technical advisory services for the plant, with Wärtsilä’s hybrid concept solution reducing reliance on fossil fuels and helping establish the mine’s sustainability credentials, Eykerman said.

“The built-in flexibility of the engine technology, which allows full power output to be reached within minutes of being started, will allow the plant to efficiently utilise renewable solar energy,” he said.

Of the six engines required for the $879 million project, five will be in operation and one on constant standby, he said, adding that the engines have been installed at the site a few weeks ago to prepare for commissioning the gold mine.

Decarbonisation and technology in the GCC

“Technology is playing a great role in mines worldwide, and we need more minerals, not less, for the world to decarbonise,” Eykerman said. “One of the major highlights of the project is that we are enabling the capability to go from clean fuels to more heavy fuels,” he added.

Winning and implementing the Mansourah-Massarah contract was one of the highlights of business continuity for Wärtsilä during the pandemic, Eykerman said, along with successfully running its regional marine energy operations from its UAE office.

“At some point during the pandemic, we had about 8GW power plants in control from our UAE office. We were able to use our feed services and with a mix of resources such as videos we were able to guide all technical teams to keep the power on. That’s the big highlight of the pandemic,” he said.

While the post-pandemic energy landscape has largely focused on the energy transition, the Wärtsilä executive said that the process of decarbonisation must be more cost-efficient across industries to become viable.

Wärtsilä has undertaken a lot of decarbonisation in the commercial and industrial energy market, by replacing very old assets with more efficient products which allow customers to switch the source based on the availability of products. “We have also gone from fossil fuel to cleaner fossil fuel, which is gas,” he said.

But large clients in the region, such as the Dubai Electricity and Water Authority (DEWA), bring their own unique dynamics of handling very large size and flexible systems, he said.

“At the same time, the market is now ready for energy storage. This is an important part of decarbonisation. In addition, we have decades-old assets in the GCC which we are converting to more efficient ones. This gives the companies a new chance to lead in energy, by converting to gas using hydrogen or ammonia or methanol. Over the next five years, we will see more such cases of energy transition and transformation.”

The executive said that while hydrogen is positioned as the fuel of the future the surrounding process influences the hydrogen ecosystem.

“Any technology can burn hydrogen, that’s not the problem here. It’s to look at the surroundings. Hydrogen is something you cannot smell, you cannot see and it ignites faster than any fossil fuel today. When you compress this gas and let’s say ignite it too early, it will create combustion knocking,” he added.

In the shipping industry, he explains, it is probably easier to opt for methanol and ammonia – because hydrogen is very complex to control in case of leaks, and there will certainly be leaks in shipping.

According to Eykerman, while the world keeps talking about the various colours of hydrogen, it first needs to find the right technology to burn it. “Is it blue, grey or green? In my opinion, this is the first transition and sure we need to go to green as fast as we can, but we also need to look at the system around it.”

AI is a powerful tool to transform the energy market