Providing power cable needs for the local market in Nigeria 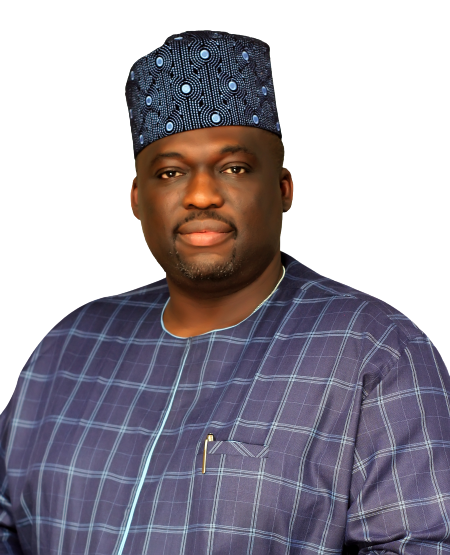 What was the driving force in establishing Coleman Wires & cables?

The driving force for us in establishing Coleman wires and cable was to create a localised solution to power cables for Nigeria. We saw that there was a massive gap in solving our local needs of power and when you look at the infrastructural deficiencies, cable happens to be a fair amount of it, and I think that was the main driving force for us.

Despite some provisions in the NOGICD Act mandating oil and gas companies to buy Nigerian cable products, some of them still import. What do you think are the reasons for this?

It's unfortunate that we sometimes see barriers to the positive use of the NOGIC Acts and I believe the reason is that some of the oil companies are not thinking as positive as we are or not moving at the pace at which we are moving. It is the self-belief that what they've been buying from wherever they've been buying from especially, which is import, is better but those companies were given an opportunity to do the business for them to get to that level. If you do not give Nigerians the same level of opportunity, we will never move forward.

Also, to me, it's easier for me to buy from an old supplier than jump into a new one, which is also a wrong view, which doesn't help them in a long term.

Thirdly, it's a case of companies losing their businesses to an in-country supply. I think sometimes the fear of losing the funding back into Nigeria also creates a third barrier, but the industry as a whole is getting better because the drive from the content board has been better.

This just shows that if we invest rightly, given the opportunity, we will deliver even far more than the industry wants. So barriers are there, but we have to continue to push, to break the barriers.

What's your opinion about Project 100 and how do you think it can be replicated in other sectors like the power sector?

Project 100 is a very laudable initiative by NACMB and I think that the process of enabling a hundred companies and their businesses to create a catalyst toward a solution for the oil and gas is positive. I believe we've already seen some of the impacts. For it to be replicated in another industry, I think in another sector or other agencies of government, it will definitely impact our economy positively.

Impact in mining can also be looked at as a project 100, but I will say the top agencies that would really benefit apart from oil and gas will be power and mining, so where we can actually see backward integration of our mining industry processes being done in Nigeria, rather than just being a raw material based country for just mining the raw form, that would be an initiative that can be taken into those sectors of both power and mining sector and I think we need to look at that seriously.

Do you think that Nigerian cable manufacturers currently have the capacity to meet the demand of the Oil & Gas Industry with respect to the design, type and quality of cables that the industry specifically wants?

I believe the cable companies in Nigeria, especially with the support of Coleman are able to meet every expectation of the oil and gas industry of whatever needs in terms of cable that is necessary for whatever they're doing in-country. I'll say we're at the point where we meet almost 98 percent of the total need in terms of the product range.

If that is the case, we've surpassed majorly the act itself and the demands of the act. So there's no necessity for anybody to think you cannot solve anything in Nigeria today in terms of cable needs in the oil and gas sector.

What are you looking forward to at this year's NOG?

I think for this year's NOG, what we're all looking forward to is where are we going now? This is because I think the biggest problem we all had was PIB, now we have it as PIA. So it's now an act, the Petroleum Industrial Act today, now we are almost getting into a year of it and yes, we're seeing some changes.

The next development is to see the privatisation of an NNPC and I think that's a good thing. It's a fantastic thing. We've had a very positive statement from the GMD about it and as someone playing in the industry, it is positive news because when the driver, Mallam Kyari talks about it so positively and passionately, for me as an industrialist, I'll say I'll tie up to that.

This is because if the lead in the whole cycle, which is NNPC is very positive about privatisation, then you can see FIDs opening up in a lot of other projects and those are the things that will drive more of the industry. So for me, looking at NOG, it’s a matter of what next from the impact of PIA, what next are we going to see? What is the next hurdle that we need to see crossed so that the industry could move even a lot faster than it's moving now?

From this point, we can all start projecting our investment against those views and visions that are being stated and against those projects that we believe are possible in the next one year, in the next two years. This is because, for me as a person, since we've been participating in NOG, I think exhibition in the oil and gas is one of the most important for us, I think it's our own OTC. As of today. I think everybody's trying to create another OTC, but I think if we focus a lot on the NOG, we'll create our own OTC and the reality of the NOG.

For someone like me, I come to an NOG wanting to listen and hear, what is going on in the industry and what the future looks like, the future outlook coming out of a three-day or four-day NOG. You should come out with what your next project should be and what the next direction should be. I've come out of sitting in NOG, discussing with delegates in the sector and in the oil and gas.

And those three, four days have become part of our investment strategic decision-making. So for me, I'll say the NOG is a very vital part of the oil and gas industry, even part of the economy that impacts directly and indirectly a lot of the sectors without us looking at it. If we could quantify a lot of what has happened in the industry today, NOG will account for a lot of impact of those things that have happened because of the time spent in those four days discussing. So that is what I take out of most of the oil & gas exhibitions -  PSE, NOG.

At last year PSE, Gentleman Bala made some fantastic statements about what he felt would happen in 2022 and I think out of that whole session, everybody only remembers what Bala said, we all didn't think about anything else. So if you can get that type of positive reaction from the GMC of NAPPIMS  with Bala making that type of a statement at that type of an event, it sends positive news to the oil industry. It allows the industry to strategically position itself. So if a statement like that says in 2022, there's a fair likelihood of five different FIDs on this type of project, you really need to start working on how do you position yourself for being able to either supply or accommodate that project in your business?

You know, I keep saying to everybody that opportunities are literally staring us in our faces. You don't go to an NOG or a PSE and tell me, you spent three days, you did not pick one of the opportunities we stated in any of those sessions. A lot of our businesses in the last five years have come off the back of some of those sessions.

So, if we can project today and we're doing absolutely better from just going to one or two other sessions of the oil and gas events, why would we say it's not worth doing or worth going? I think for the future of the NOG and for the future of the Nigerian businesses is for us to critically always assess the end date on what we have picked up? For NOG, if I could put out an advice, I think for those of us that have luckily enjoyed the benefit of being there, there sometimes need to be a smaller imprint of a summary of the NOG of the takehomes and it's those take-homes that become our Bibles for the next  year.

That, to me, for those of us that get to sit in and be there, it's take-home that we have big dose of documents to work with and I think that's what the NOG is about and that's the impact of the NOG, it will only continue to be better & bigger. I think we need a bigger exhibition than what we have today, but Nigeria needs to provide that as a country because really I see our oil and gas exhibitions, like NOG, PSE being the future of oil and gas exhibitions in Africa.