A Weak Pound Is Making Britain’s Energy Even More Expensive 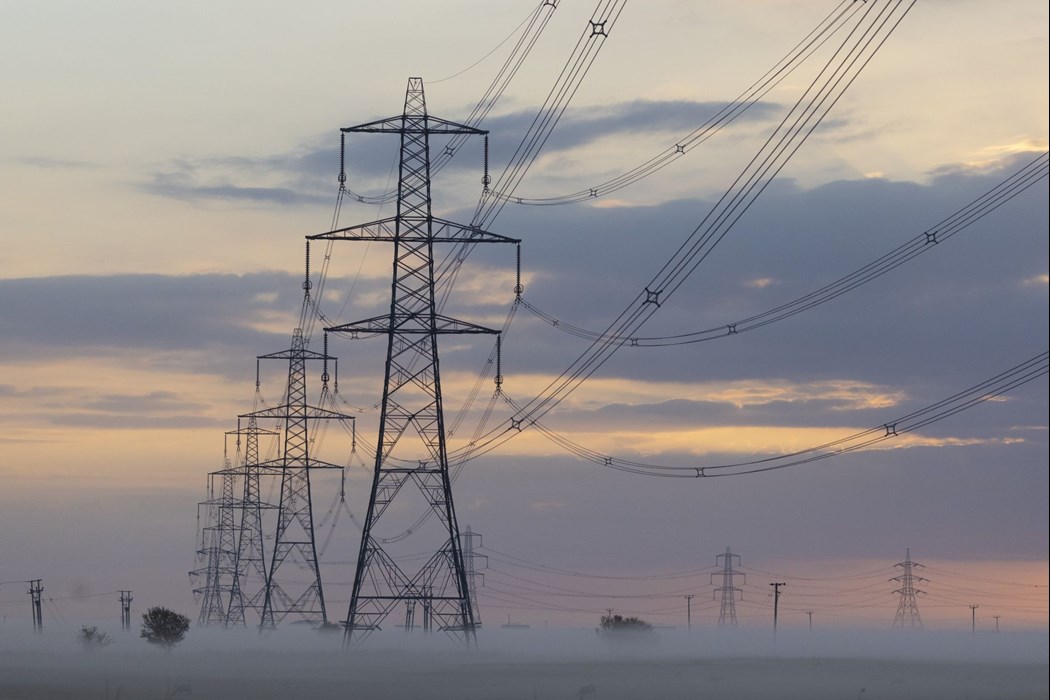 Electricity pylons and power lines in morning mist on the Isle of Grain, UK, on Monday, Aug. 22, 2022. The UK is about to receive liquefied natural gas from far-off Australia for the first time in at least six years, highlighting the European regions desperation in grappling with its worst energy crisis in decades.

(Bloomberg) -- The pound’s slump is set to exacerbate Britain’s energy crisis by boosting the cost of imported natural gas and power supplies.

The UK imports much of its energy and fuel, such as gas and coal, which are usually priced in dollars or euros, so heating homes and supplying factories costs more. British power generators also now need to pay more in sterling terms to produce electricity because the imported fuel they burn has effectively risen in price.

That could end up further increasing the cost of government energy subsidy programs that are already predicted to cost near £200 billion ($220 billion). If wholesale power and gas costs rise further above the programs’ price caps, the government -- through borrowing or taxes -- will be paying a higher bill for the next two years, and prices could rise for households and businesses in the long term.

After Chancellor Kwasi Kwarteng’s mini-budget last Friday, the pound slumped to record lows, before regaining losses. Since the start of the year, the currency has fallen 17% against the dollar and 4.5% against the euro, making it more expensive to compete with Europe for dollar-priced fuel like liquefied natural gas.

“There is so much volatility in the market that it is difficult to pin rising prices on a single issue, but it is certainly a contributory factor,” said Graham Freedman, principal gas and LNG analyst at Wood Mackenzie.

The cost of UK power for winter broke a seven-day rising streak on Thursday, after closing at £623 per megawatt-hour on Wednesday, about six times the historical average. LNG imports to the UK rose by 37% in the second quarter of the year after Russian pipeline flows to Europe fell, government data show.

In the long term, a stubbornly weaker pound could lead to a disadvantage for the UK, as it will have to pay relatively more for energy than the rest of Europe. While spreads between prices in the respective markets currently largely outweigh the impact of foreign-exchange movements, it could become more of a headache if volatility recedes and the pound’s weakness persists.