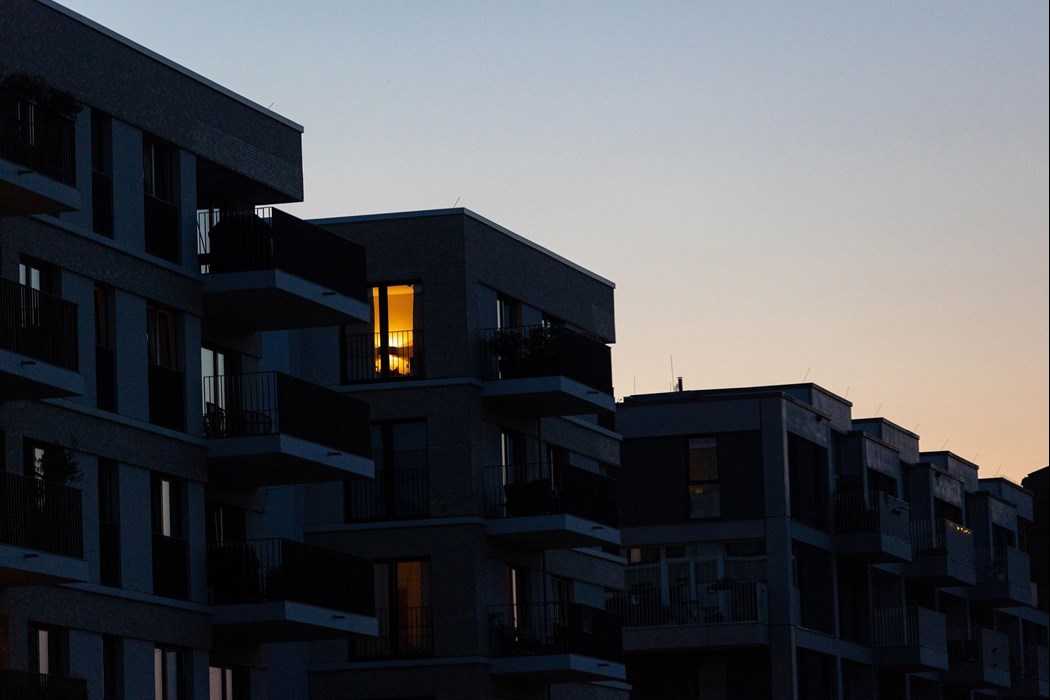 Lights on in a home within a block of apartments at dusk in Berlin, Germany, on Tuesday, Aug. 16, 2022. Germany's government has asked citizens, municipalities and industrial consumers to save energy, and efforts can be seen across the country. Photographer: Krisztian Bocsi/Bloomberg

(Bloomberg) -- Germany will introduce a cap on gas and electricity prices for companies and households next year as Europe’s largest economy seeks to contain the fallout from Russia’s moves to slash energy supplies.

The package of measures, which will cost the government about €54 billion ($55.5 billion), will go into effect on March 1, according to government officials. The subsidies will be paid retroactively for January and February, and gas consumers will also receive a one-time state subsidy for December, said the officials, who asked not to be identified in line with briefing rules.

The aid for power bills will be partly financed by a windfall tax on electricity profits, which the government expects to raise a double-digit billion-euro amount, the officials said on Tuesday. Almost all forms of power generation, including renewables, will be charged with the exception of gas and hard coal. Many companies have warned that the tax, which will be imposed retroactively to September, could impact investments in the sector.

Germany is the epicenter of Europe’s energy crisis. Decades of building up a reliance on Russia backlashed after the Kremlin slashed deliveries in evident retaliation over sanctions related to the war in Ukraine. Chancellor Olaf Scholz’s administration has implemented a series of steps to secure supplies to make it through the winter.

The start of price brakes in March might mean a relief for energy companies, which have said it would be unfeasible to organize operations in short notice until January, as first planned by the government.

Earlier plans by Economy Minister Robert Habeck to prohibit bonus payments for companies in return for the aid were dropped. The restriction will now only apply to companies which received a direct capital injection from the state, such as gas giant Uniper SE.

Before it can take effect, the package will need to pass the upper house of parliament on Dec. 16, the officials said.