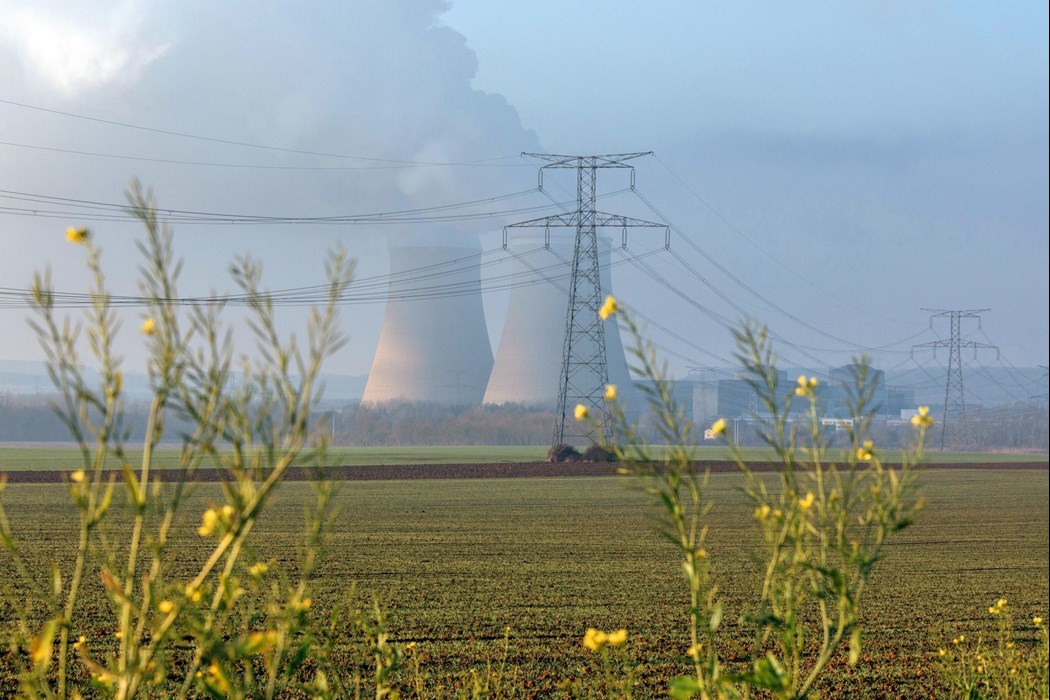 The long decline of Electricite de France SA isn’t only a political crisis for the government in Paris, it’s a growing economic threat for much of Europe.

(Bloomberg) -- The long decline of Electricite de France SA isn’t only a political crisis for the government in Paris, it’s a growing economic threat for much of Europe.

The giant nuclear operator, once a source of national pride and reliable low-cost electricity, has become a nightmare for investors and an increasingly wobbly pillar of regional energy security. Technical problems at some of its largest reactors mean EDF is set to produce the smallest amount of atomic power in three decades, slashing France’s exports to neighboring countries.

It’s a one-two punch for a region that’s already reeling from record natural gas prices, and shows little sign of abating. Instead of helping EDF deal with its problems, the French government is extracting billions of dollars from the company to shield households from high energy costs.

“The generic issue with EDF’s reactors is leading to an unprecedented decline in production, which starts being worrying,” said Nicolas Goldberg, a senior manager in charge of energy at Colombus Consulting in Paris. “We’re going to have high prices on the European market for a while. Everybody’s going to pay more.”

France is located at the heart of Western Europe’s power grid. For decades, its fleet of nuclear reactors have been the continent’s largest electricity exporter, supplying the U.K., Spain, Italy, Switzerland, Belgium and Germany at times of peak demand.

Now more than ever -- with the price of coal, natural gas and carbon permits soaring -- those countries could use some fossil-free electricity. Yet five out of EDF’s 56 reactors have been unexpectedly halted for checks and repairs related to corrosion and cracks on pipes in a key safety system. Traders are waiting anxiously to see whether safety reviews find similar flaws in more of the company’s plants.

The timing is terrible, exacerbating what was already Europe’s most severe energy crisis since the oil shock half a century ago. Power prices in France are four times higher than usual for this time of year. That’s partly down to the surging cost of gas, but also due to scarce electricity supplies.

Prices in Germany have been dragged higher too by shrinking power-supply margins. With more than two months of winter still to go, there’s a real risk that a cold day without any wind could test the system.

“There is very little alternative capacity left in France once demand goes over 85 gigawatts and the interconnectors are maxed out,” said Jean-Paul Harreman, an analyst at research firm Enappsys Ltd. “During cold periods, nuclear outages have a very big impact on prices.”

Even before the latest issues, the performance of EDF’s French nuclear plants has progressively waned over the years. Technical problems have undermined the availability of existing plants, while its new flagship reactor in Flamanville is years behind schedule and and way over budget.

“The French nuclear industry used to be at the forefront globally, which isn’t the case any more,” said Nicolas Leclerc, the co-founder of Omnegy, an energy consulting firm based near Paris.

EDF’s nuclear output, which peaked at 430 terawatt-hours in 2005, fell to 335 terawatt hours in 2020 when the pandemic affected production and demand. That was also the year that French President Emmanuel Macron forced the utility to permanently shut down its two oldest reactors to stick to a pledge he made before his election in 2017.

After rebounding 361 terawatt-hours last year, the company’s output will drop to between 300 and 330 terawatt-hours in 2022 because of the need to repair the reactors affected by the cracks, EDF said last week. Power generation continues to be hampered by the rescheduling of maintenance during by the pandemic. Some plants will also have to undergo a series of long halts for upgrade works that will extend their operational lifetimes.

The British Isles has typically imported power from France through two huge cables running under the English channel. This winter, the reverse has been true, with the U.K. often exporting to France at peak times.

On some days in December, when nuclear availability was limited and temperatures were very low, French imports rose as high as 13 gigawatts, about 15% of peak demand, according to Enappsys.

Nuclear power is dwindling elsewhere in Europe too. EDF has shut down some reactors in the U.K. earlier than planned because of other safety issues, while Germany will permanently close its three remaining reactors by the end of the year, after shutting down three others a few weeks ago. Belgium will also close a reactor in October, and halt its six others by the end of 2025.

At the same time, those countries are adding large amounts of wind and solar generation, filling the gap left by nuclear but increasing their energy systems’ dependence on the whims of the weather. Without reliable baseload power exports from EDF, a cold and windless winter day will become a potentially stressful scenario.

“The dependency on France is likely to increase with Germany getting out of coal and nuclear,” said Johannes Pretel, head origination for Germany at Swiss utility Axpo Holding AG. “This winter we still had all of our capacity, next winter we don’t have it anymore because the last nuclear plants will be out.”

EDF is under growing pressure to restore its reputation as a reliable supplier. To address long-term threats to security of energy supply, France should reconsider its plan to halt a dozen reactors by the middle of the next decade, the country’s nuclear regulator said on Jan. 19.

Last month, French Ecology Minister Barbara Pompili summoned EDF Chief Executive Officer Jean-Bernard Levy to a meeting where she demand that the company improve power production. The government has also urged EDF to introduce best practices from nuclear operators in other countries, or different industries that also have to manage hefty maintenance programs.

It’s a big step down from the days when France was confident that its nuclear industry was the best in the world, but the severity of the power crisis has prompted some soul searching in the country.

“Over the past decades, we may have rest a bit too much on our laurels while the output was dwindling,” Industry Minister Agnes Pannier-Runacher said at the Union Francaise de l’Electricite annual conference last month.