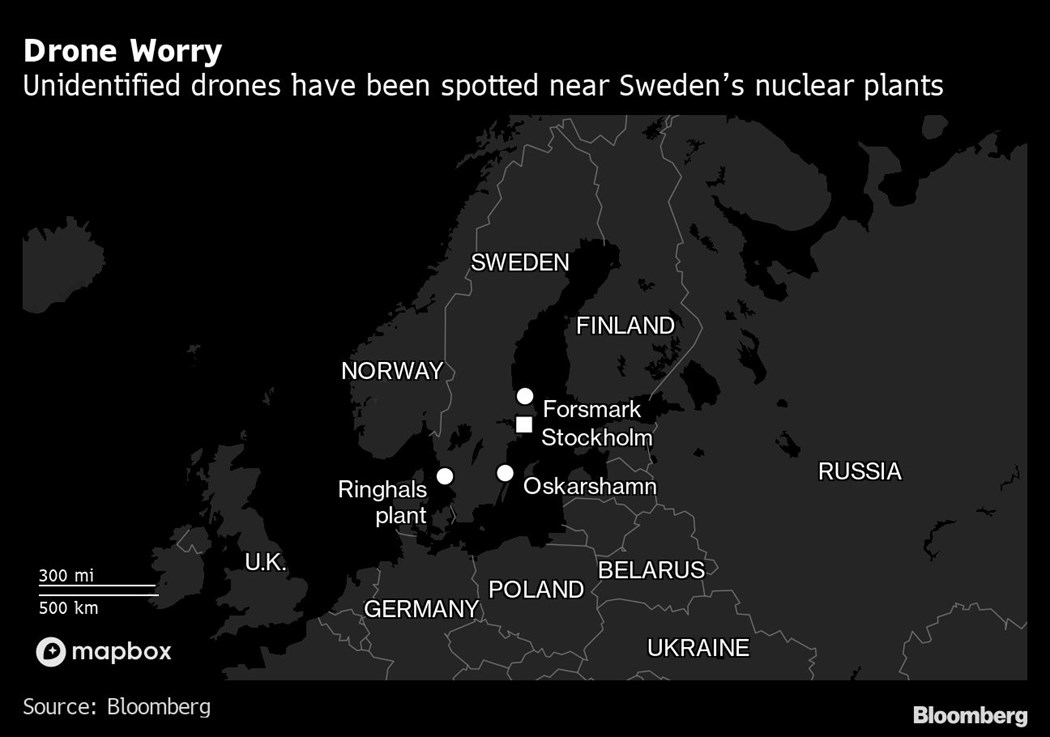 Sweden’s security service on Monday took over the probe after local media reported a “large” drone flying over the Forsmark power plant on Sweden’s east coast on Friday. Drones have also been seen near nuclear power plants in Ringhals and Oskarshamn -- both in southern Sweden -- as well as flying in Stockholm over the Royal Castle, the government’s offices and the parliament over the weekend, media reported.

The security police would investigate the incidents “in more detail,” it said in a statement. Security threats against Sweden have grown “in general,” while there is a “broader and deeper intelligence threat,” it added.

A police spokesperson told the Expressen tabloid that the drone seen over Forsmark was able to maneuver despite strong winds in the area, and a pursuing police helicopter lost track of it over sea.

Sweden, which isn’t a member of NATO, last week announced its military was reallocating resources, including boosting presence at the strategic Baltic island of Gotland. Security concerns have grown across the Nordic region as Russia is in a worsening standoff with the U.S. and President Vladimir Putin has demanded guarantees that NATO would not enlarge further east.

Following Russia’s annexation of Crimea in 2014 and the war that ensued in eastern Ukraine, tensions also surged in the Baltic Sea, with reports of airspace violations and increased naval activity in the area. Sweden later that year underwent its largest mobilization since the Cold War amid a hunt for an underwater vessel in the Stockholm archipelago that its media linked to Russia. No clear evidence was found.